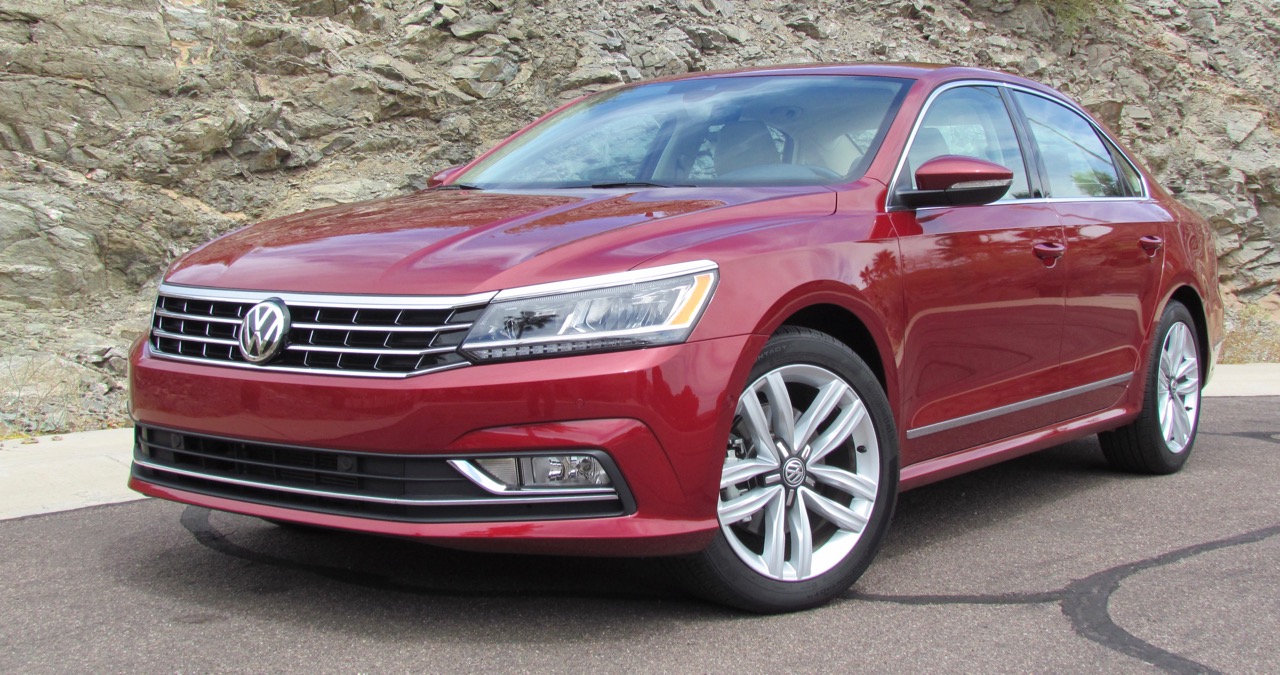 Turns out Carroll Shelby was right.

Ol’ Shel’ once told me that all you really needed in any car was 170 horsepower. That was plenty to get going and to keep up with traffic at — and even beyond — whatever speeds might be posted on the fastest of American freeways.

Of course, in his next breath, Shelby told me about a 1,000-horsepower engine he and his team were building for their latest Ford Mustang project.

For the past week, I’ve been driving a new Volkswagen Passat and have been delightfully impressed at just how much fun it’s been, and how spunky has been the performance of its powertrain. The car sprints off the line, the gearbox responds nicely when you want to pass, and the car even turns and stops more like a sporty coupe than a mundane, five-passenger family sedan.

As I sat down to write this report, I finally looked at the specifications for the car and — guess what — it’s little 1.8-liter four-cylinder engine is turbocharged to provide — you guessed it! — 170 horsepower.

Now, despite Shelby’s support, 170 horsepower really isn’t very much. But what makes it so effective in the Passat is the fact that it comes in tandem with 184 pound-feet of torque — another not-quite-impressive figure, except that the torque peaks at a mere 1,500 rpm.

Further enhancing the car’s performance is the gearing in the six-speed automatic transmission, which features a 4.46 first-gear ratio and a 2.51 second. OK, drive at all aggressively and you may not achieve the car’s 23 city mpg estimate, but you’ll have a blast hustling away from a stop light, zooming up, down and around freeway entry ramps, and scooting around curves and corners.

Tap the brake on a downhill section of asphalt and the gearbox not only downshifts immediately, but holds the lower gear just as you would were you driving with a manual.

Such dynamic excellence makes the 2017 Passat what we used to call a “sleeper,” a car with capabilities that belie its looks. Volkswagen redesigned its mid-size sedan for the 2016 model year and there’s nothing in the exterior styling that even hints at this car’s capabilities on the road. The one I’ve been driving wears sparkling Fontana Red paint, but it still looks like a yawner.

OK, so the exterior lines are smooth, but the coefficient of drag is only 0.29 and there are none of the boy-racer lip splitters or fender flares or extended rockers, nor even a hint of a rear spoiler.

The interior is roomy, with more than sufficient leg room for those sitting in the second row. Switchgear is pretty much intuitive and Passat gives you the option of using the buttons on the steering wheel, the touchscreen in the top center of the dashboard or the redundant knobs for making needed adjustments as you travel.

You can buy a Passat with the turbo four or with a 280-horsepower, 3.6-liter V6, but that engine needs premium fuel to deliver peak power or torque. The turbo four is the base — and we think best — engine and you can get a 2017 Passat with one, and with the 6-speed automatic, for $22,440.

The car I’ve been driving is the SEL Premium version, which starts at $30,995 but for that price you also get 18-inch wheels, LED lighting, power-folding and heated mirrors, a power sunroof, heated and power-operated front and heated rear seats — all in leather — plus adaptive cruise control, emergency braking, lane-departure warning, blind-spot mirrors, navigation, Fender audio system, the ability to use not one but two smartphones as you travel, and a trunk you can open hands-free by waving your foot beneath the rear bumper.

While driving enthusiasts might prefer the option of a manual gearbox and perhaps a slightly more aggressive-looking body, there’s nothing sleepy about the dynamic capabilities of this new Passat.

This is definitely a car that you’ll want to Wake Up and Drive!