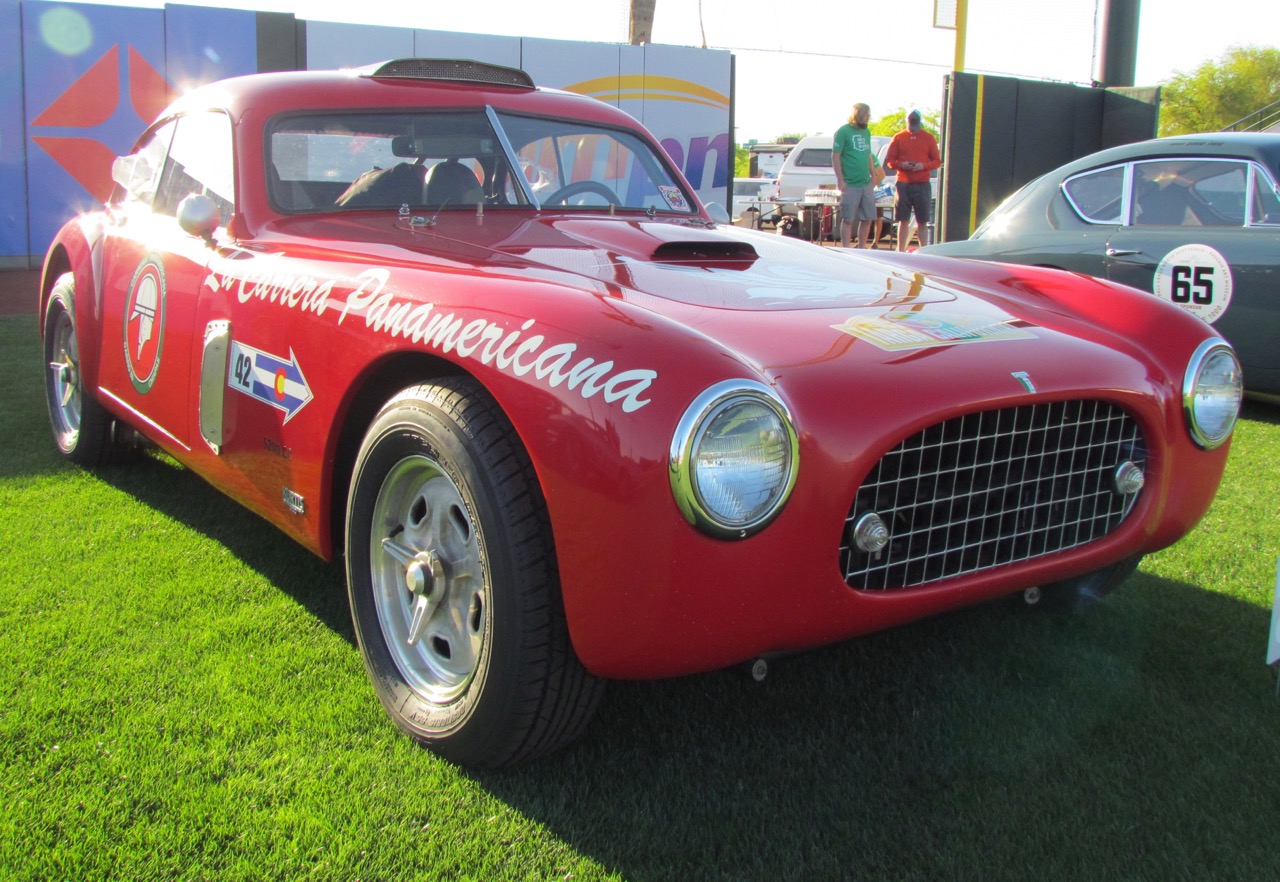 As if the thousand-mile Copperstate vintage sports car rally isn’t enough exercise for car, driver and passenger/navigator, for Rick Rome and his 1955 Kurtis 500 Swallow coupe, the 27th annual tour d’Arizona is just a warmup for an even bigger challenge this fall, in Mexico.

But then that only seems fitting because the car that Rome and his wife, Nancy, have for the Copperstate event, and that Rome and their son, Nolan, will take to Mexico, was one of two built by and for legendary racer Mickey Thompson’s planned entry in the Carrera Panamericana, the famed Mexican road race; that 1955 event was canceled because, well, too many participants and spectators had died in the earlier editions of the race on open roads.

Like Europe’s historic open-road races, the original Carrera Panamericana was contested annually from 1950 through 1954, originally as a celebration of the opening of the new Pan-American Highway that ran the length of the country. The event attracted automakers and racers from around the world, from American stock car and Indy stars to world champion Juan Manuel Fangio, to Phil Hill in a Ferrari, and even to mighty Mercedes-Benz with its revolutionary 300SL gullwing coupes driven by the likes of Karl Kling and Herman Lang.

Mickey Thompson drove in the race in 1953 and 1954, and for 1955 had built up a short-wheelbase Swallow. Based atop a Kurtis Kraft 500 racing chassis, the car was powered by a new 317cid Lincoln Y-block V8. And if the bodywork looks a lot like the famed Cisiitalia 202 coupe, it’s because it’s a duplicate.

The story goes that magazine publisher Robert Petersen had purchased a Cisitalia coupe and one of his employees, Bill Burke, made a mold of the body while the car was in the shop. Burke, Roy Kinch and Thompson were partners in the Atlas Company (later known as Allied), and began producing Cisitalia-based fiberglass bodies for use atop various chassis and powertrain combinations.

It’s more of a test of the driver, sometimes even a challenge to keep the car on the road.”

Two such bodies went onto Kurtis 500 chassis and, Rome said, neither he nor the owner of the other car is really sure which was going to be Thompson’s primary car for Mexico.

But what Rome does know is that the car he bought a couple of years ago raced in the Mexican road race revival in 1990, the Great Race across the U.S. in the early 1990s, and again in the La Carrera Panamericana in 2007 and 2008, among other events.

He also knows the engine has been in the car for at least 35 years.

“I’ve known the car for a long time,” Rome said. “When I had an opportunity to buy it, I did.”

Rome (the name is pronounced Ro-mee) is a Copperstate regular, often bringing strikingly rare sports cars. He said he’s hankered to do the Mexican race for a while now, but he only wanted to do the event in a car with true heritage, not something recently built-up if retro-looking for the event.

“It’s a little more challenging than the normal rally or race,” Rome said in an understatement of the Mexican event. “It’s more of a test of the driver, sometimes even a challenge to keep the car on the road.”

In addition to the Copperstate cars on display inside the baseball field, Phoenix-area car clubs and car owners were invited to a cruise-in show in the parking lot, where they arranged themselves in orderly row by their cars’ countries of origin. Here are just a few of the nations that were represented: