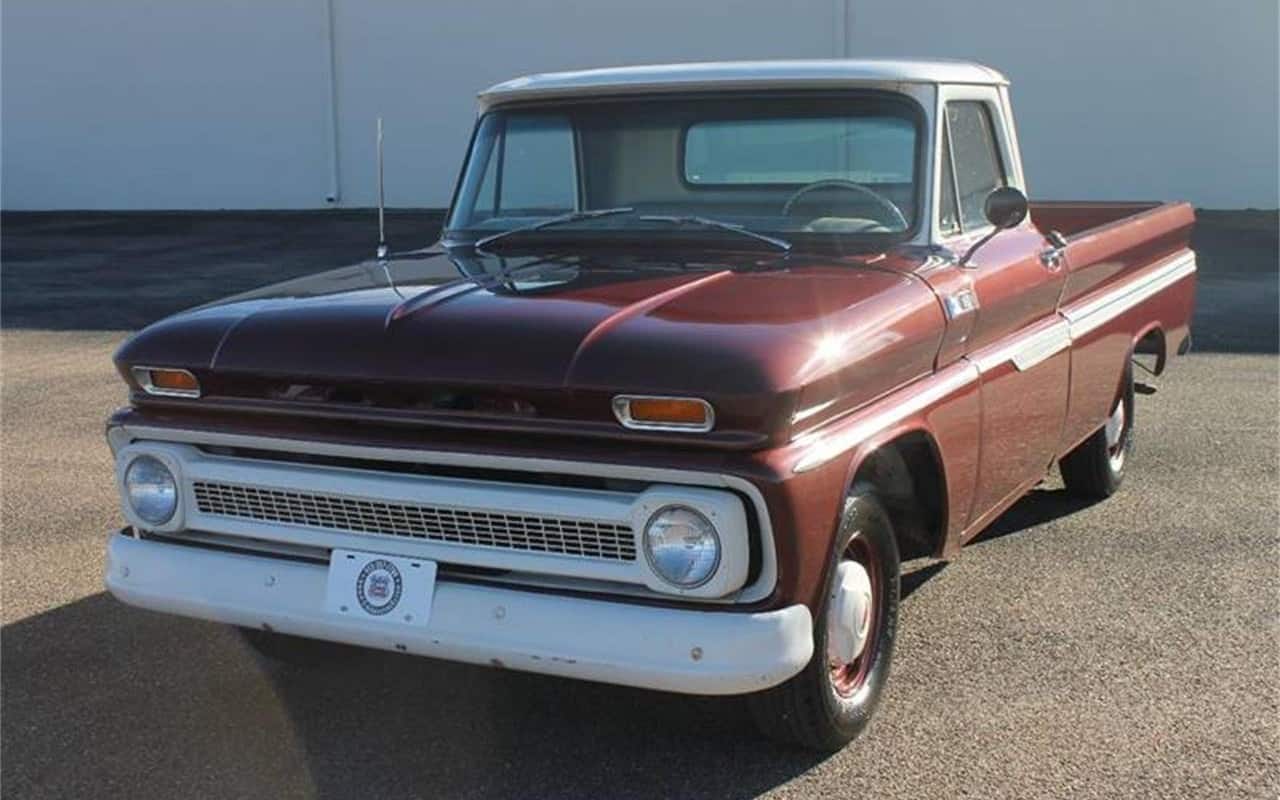 In 1996 Lambrecht Chevrolet in Pierce, Nebraska closed its doors after 50 years. The namesake owner, Ray Lambrecht, was better known for the cars he kept rather than the ones he sold.

Lambrecht had sold thousands of cars throughout his career, but while he accepted trade-ins, he never resold them. Thus, he had a collection that grew to 500 vehicles over the years and was composed primarily of Chevrolet models, such as Impalas, Corvairs, Chevy trucks, Bel Air’s and Corvettes.

After Lambrecht passed away, his unusual collection was auctioned in 2013, earning $2.8 million.

The Pick of the Day, a 1965 Chevrolet C/K 10 pickup, was among 50 “new” cars the dealer had placed in storage and rarely – if ever – drove. As a result, the truck shows just six actual miles, and the listing on ClassicCars.com includes documentation noting its single-owner history and sale in 2013.

According to the listing, the truck has gone through a mechanical and cosmetic refresh and runs. This process included service to the truck’s original drivetrain along with service and detail for the other original components wherever possible, according to the seller, a dealer in Amarillo, Texas.

Only “missing, damaged, or (parts) beyond repair were replaced or cosmetically reconditioned,” the listing says.

Aa complete list of the services and repairs done to the truck are noted in the listing photos, and the truck comes with all the original paperwork.

The truck is offered for $39,500, which would be a lot for a 52-year-old C/K, if not for its essentially unused original condition.