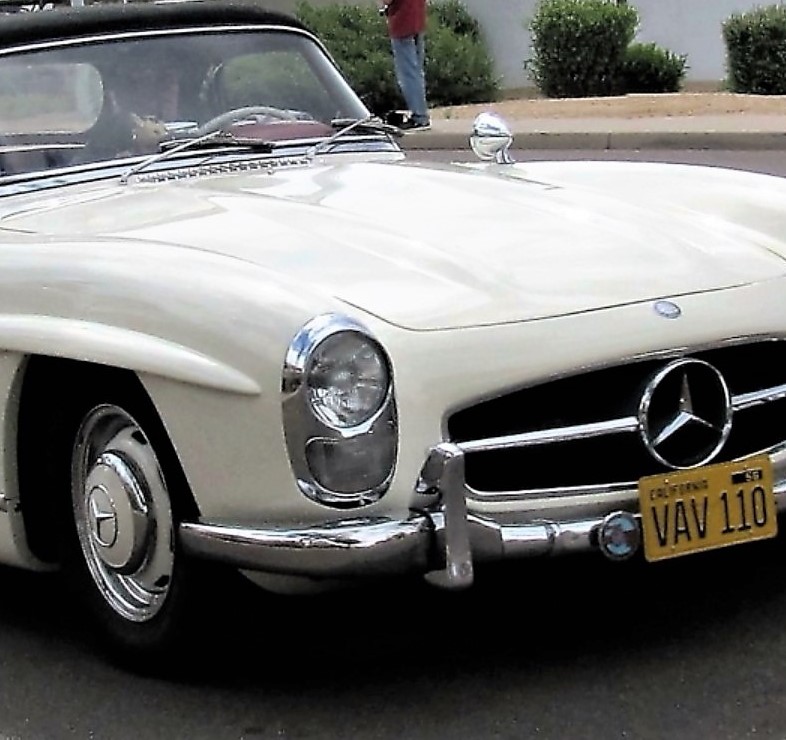 Mercedes-Benz was flush with the success of its 300 SL “Gullwing” coupe, known internally as W198, after it was introduced in 1954. But open sports cars were the thing, especially in the all-important U.S. market, so the Stuttgart company set out to create an evocative roadster based on the Gullwing that retained the coupe’s style and performance.

The Mercedes-Benz 300 SL roadster was revealed to the public 60 years ago at the 1957 Geneva Auto Show, where the bold, high-performance touring car was greeted with widespread acclaim from the press and public. This year, Mercedes celebrates the 60th anniversary of the introduction of what has become a highly valuable and sought-after collector car.

A number of improvements were made in the development of the roadster to make it more palatable for the motoring public, such as doors that swung out instead of lifting overhead and with roll-up windows, along with a plush luxury interior. The changeover from the coupe’s gullwing doors required re-engineering of the competition-derived chassis, which also allowed improvement of the swing-axle rear suspension’s performance.

The roadster ended up weighing about 265 pounds more than the coupe, but its handling and performance were praised by driving experts.

Mercedes-Benz engineer Erich Waxenberger said in a test report, “The 300 SL Roadster with a single-joint rear axle and compensating springs boasts much better roadholding with sports springs and dampers than the 300 SL coupe with a twin-joint rear axle. The strong tendency to oversteer has been changed to slight understeering, so this vehicle can safely be driven to its limits within a short space of time.”

The roadster retained the coupe’s 3.0-liter inline-6 engine with its innovative fuel injection that delivered 215 horsepower, the same as the production Gullwing. The engine became known for its bulletproof durability, and upgraded versions with higher horsepower were introduced over the years, notably in the 300 SLS models.

The 300 SL was produced through 1963, with the most-notable change during that time being the addition of four-wheel disc brakes in 1961.

The heritage of the 300 SL Roadster continues 60 years later with the launch this spring of the Mercedes-AMG GT Roadster.