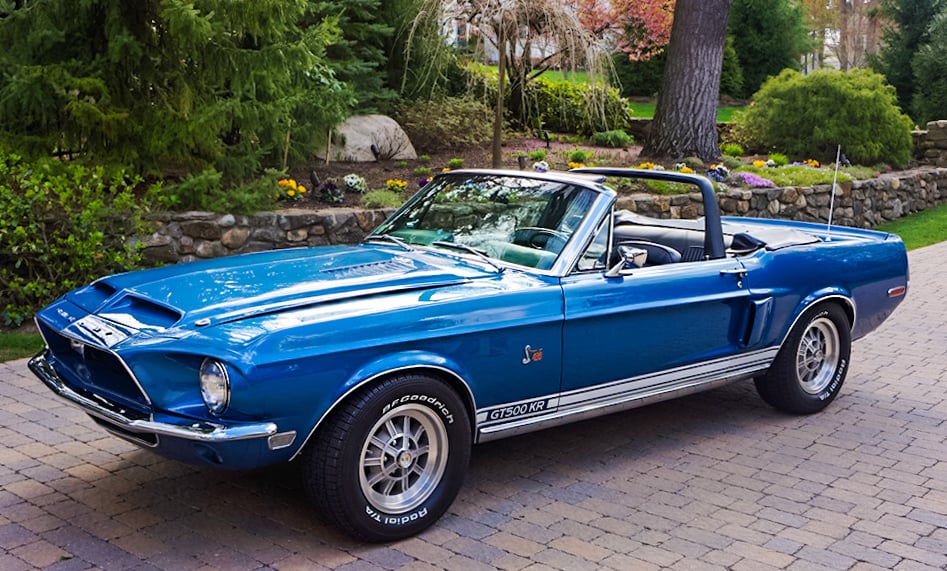 Editor’s note: This is the sixth in a 10-day sponsored series featuring cars to be sold April 6-8 during Barrett-Jackson’s Palm Beach auction.

Offered without a reserve during Barrett-Jacksons Palm Beach auction, this 1968 Shelby GT500KR was delivered in May 1968 to actor Lee Marvin.

The car is one of 518 convertibles created and one of 231 produced in Acapulco Blue. It is powered by a 428cid engine and is equipped with a C6 Select automatic transmission, power steering, power brakes and air conditioning.

With just 47,000 original miles and only 1,500 miles driven since it was rebuilt, all the original equipment is in place and is in pristine condition.

Additional highlights include the signature on its console, “Best Wishes Lee Marvin, Carroll Shelby.” The car comes with Lee Marvin memorabilia and in 1991 was featured on cover of Mustang Magazine.