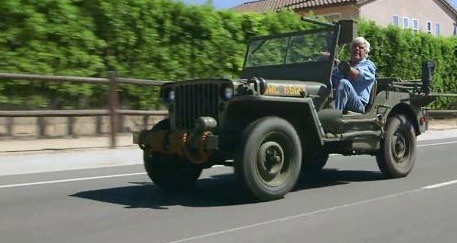 Who needs Uber or Lyft? Now there’s a ride-hailing service that picks you up in a classic vehicle.

Called Lemo because of a certain big-jawed, car-collecting entertainer’s involvement in the program, this new service is ready to hit the road and carry you to your desired destination.

At launch, the service is available only in the Los Angeles and New York City areas in the United States, and in London, but plans anticipate spreading to all major metropolitan areas of the country — and to several overseas — by the end of the year.

But the use of classic cars isn’t the only thing that makes Lemo’s service unique. Several of those involved with the new venture are celebrities and several of them have enough free time these days that they’ll be doing some of the driving.

Imagine this message popping up on your smartphone screen:

When he’s not filming an episode of Comedians In Cars Getting Coffee, Jerry Seinfeld will be whisking riders around the streets of Manhattan in one of his valuable Porsches.

And now that he’s left Wheeler Dealers, Edd China has time to provide ride-hailing services in London, or will as soon as he finishes rebuilding the front suspension.