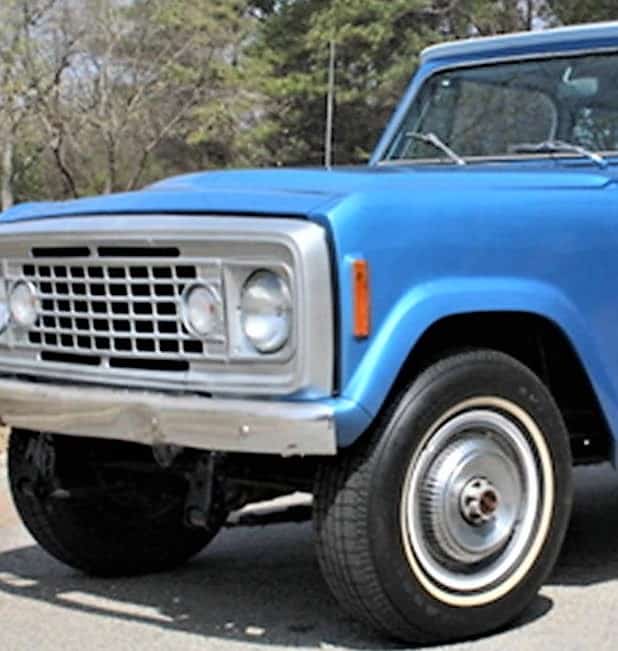 Despite its militaristic name, the Commando was a civilized version of Jeep, in relation to the classic CJ models, designed with a longer wheelbase and more interior space to compete with such interlopers as the Ford Bronco and International Scout.

The Pick of the Day is a 1972 Jeep Commando that appears to be in very good condition with new paint and a fresh interior in stock specifications, unusual for a vehicle that is more-often altered with an array of off-roading upgrades and custom “improvements.” Even the set of new wheels and hubcaps are factory spec, according to the seller, a Roswell, Georgia, dealer.

For a Jeep enthusiast, such an original example of the Commando is a rare find of what the ClassicCars.com listing calls a “cult” vehicle. The Jeep is equipped as original with its AMC 304cid V8, automatic transmission, power steering, power brakes, air conditioning and four-wheel drive.

This was a short-lived version of Commando that was created after the takeover of Kaiser Jeep by AMC. Formerly the Jeepster Commando introduced for 1966, its name was shortened to Commander for 1972 and its front end redesigned to allow space for the V8 engine.

The change was not popular at the time since the new Commando lost the classic Jeep styling in favor of a full-width grille treatment. Sales went south and Commando was discontinued after 1973, replaced by the four-door Cherokee.

But today, the unique styling of the redone Commando looks pretty cool. By keeping the Commando in stock condition, the previous owner chose to preserve the Jeep’s retro mid-century charm, and its value as a collector car.

The photos with the ad show a clean-looking Commando without obvious flaws and apparently well-cared-for over the years. The Jeep has “excellent Southern history,” the ad says, although there’s no mention about mileage or whether the Jeep has had any mechanical restoration.

The asking price of $32,950 seems pretty aggressive, although the Commando is a sought-after model by Jeep collectors, especially for a stock-condition 4X4 that has not been messed with.