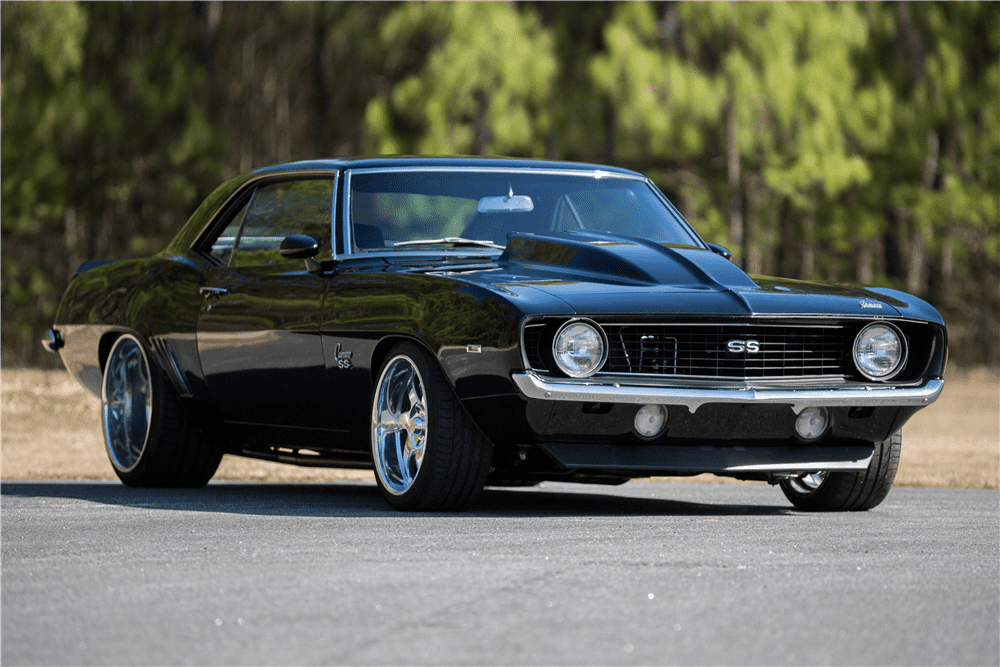 Editor’s note: This is the fifth in a 10-day sponsored series featuring cars to be sold April 6-8 during Barrett-Jackson’s Palm Beach auction.

Built to be driven and offered without a reserve during the Barrett-Jackson Palm Beach auction, this custom 1969 Chevrolet Camaro provides the ultimate in classic-car looks, performance driving, and the reliability of a new car.

It began with a rust-free car with all its original body panels. From there the evolution began. The car has been driven less than 3,000 miles since its completion.

Though there are small upgrades, like an Ididit tilt steering column, air conditioning, and digital gauges, the interior remains mostly stock.

Under the hood is a 496cic big-block Chevy engine that boasts 650 horsepower, with Rocket Muscle Cars built headers linked to a Tremec 6-speed manual transmission.

It has been mini-tubbed to accommodate a Ford 9-inch rear end built with 4:11 gears and has a one-off custom-built suspension with all stainless fasteners and powder-coated by Rocket Muscle Cars. Custom-built American Racing wheels with custom backspacing are the perfect fit for this car.

Stopping is no problem for this powerful Pro-Tourer, with a Wilwood manual big brake kit. At the front corners, this car has 14-inch 6-piston calipers, and at the rear it has 12-inch 4-piston calipers.