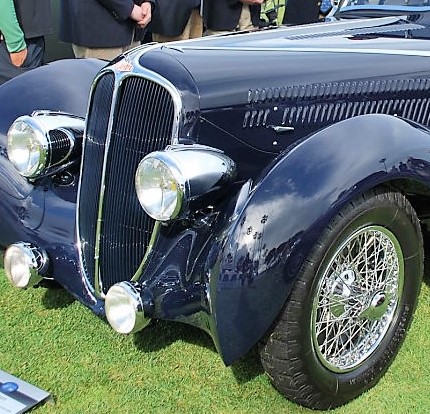 Welcome to a new feature on ClassicCars.com that spotlights the latest news about major classic car events.

The Copperstate 1000 Road Rally sets out Sunday on a four-day tour of Arizona with a free car show and European-style sendoff of the premier rally cars at the Tempe Diablo Stadium in Tempe, Arizona. The 85 vintage automobiles taking part in the Copperstate rally will be on display starting at 7:30 a.m., and then introduced and flagged off one at a time starting at 10 a.m.

The stadium event is free and open to the public, and all owners of classic cars are invited to show them off at a cruise-in event in the stadium parking lot.

The Atlanta Concours d’Elegance takes the show on the road for the next six months with a series of Classic and Coffee morning get-togethers at various locations in the metro-Atlanta area. Each event will display 30-50 classic cars and motorcycles from Atlanta Classic Cars. For information about the next gathering held April 22, visit the concours website.

The Atlanta Concours, held September 30-October 1 at Chateau Elan Winery and Resort, also has announced the honored guest for the event: veteran motorsports commentator Bob Varsha, who has been the voice of Formula 1 racing on American television for the past 25 years. An Atlanta resident, Varsha has appeared on nearly every major network covering NASCAR, Indycar and the 24 Hours of Le Mans, as well as the Pebble Beach Concours d’Elegance.

The inaugural New England Concours d’Elegance, set for June 18 at the Mohegan Sun Resort and Casino in Connecticut, has announced its featured classes. In addition to the standing concours classes, they are:

• They came from Indiana, featuring Auburn, Cord and Duesenberg.

• Air Cooled, 1946 to 1989, featuring Porsche, Volkswagen and other air-cooled vehicles

The Hemmings Motor News Concours d’Elegance has announced a two-stage vintage-car rally through the Adirondacks on Friday, September 15, that includes a scenic morning drive up Mount Prospect overlooking New York’s Lake Prospect, followed by an afternoon trip to nearby Dunham’s Bay Resort. Both concours and non-concours vehicles are invited to attend

Saturday will feature the annual Cruise-Inn Spectacular followed by the 11th annual Hemmings Concours d’Elegance on Sunday, September 17. Both events will be held at the Festival Commons in Lake George, New York.

For information about the rally and the other Hemmings events, visit the concours website.