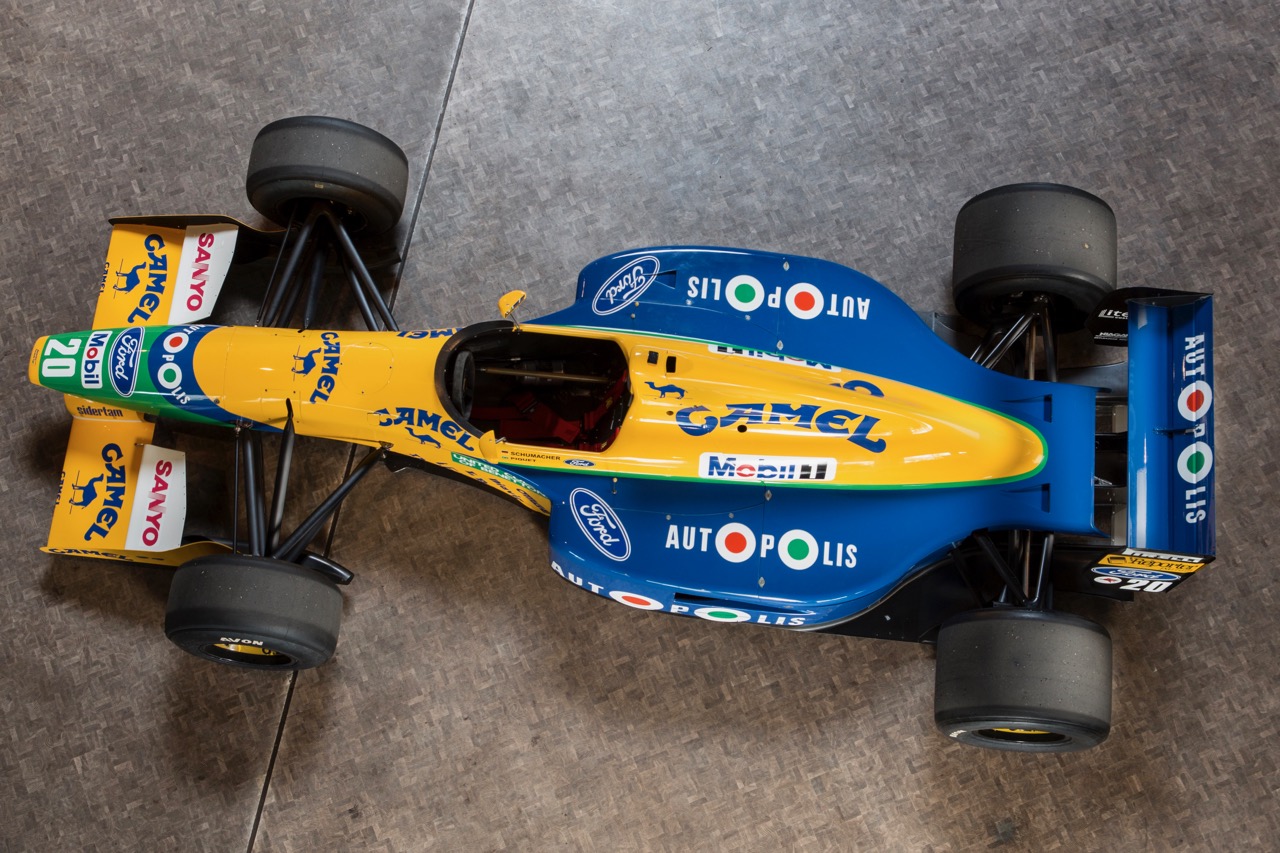 The Benetton B-191-02 car that was driven by Robert Moreno, Nelson Piquet and Michael Schumacher during the 1991 Formula One racing season is featured on the docket for Bonhams’ Spa Classic auction scheduled for May 21.

The car made its debut in the third race of the season with Robert Moreno driving at San Marino. Piquet was in the car for the Canadian Grand Prix, which he won by taking advantage of Nigel Mansell’s wave to the crowd at the L’Epingle hairpin on the last lap. While waving to the crowd in what proved to be a premature celebration of victory after leading from the start, Mansell missed a downshift and stalled his racer’s Renault V10 engine. Piquet drove past that mistake and won the race.

Later in the season, the team put Schumacher into the car for the last two races, in Japan and Australia.

After the season, the car went on exhibit in a museum until 2016, when it was rebuilt by a team of F1 specialists, who returned it not only to running condition, but updated with safety features now required by FIA regulations.

The car, designed by John Barnard and Mike Couglan, is powered by a 650-horsepower, 3.5-liter Ford Cosworth HB V8 engine.