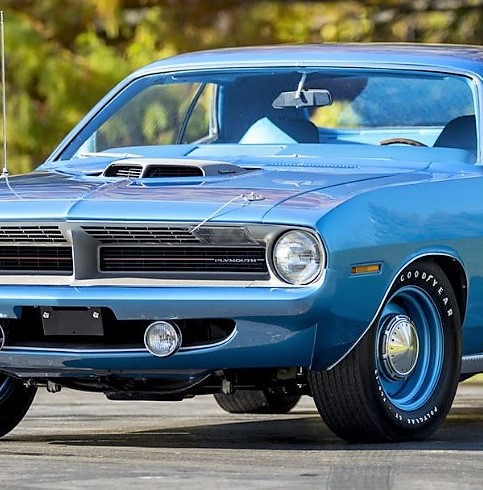 Mecum Auctions hit $7.3 million during its two-day sale in Kansas City, Missouri, this past weekend, with 309 vehicles sold as were 74 pieces of road art. The auction offered a total of 491 vehicles with 63 percent of them sold.

The results for the recent sale were off compared with the Kansas City auction in March 2016, which hit eight figures for the first time at $10.2 million (Mecum auction results do not include buyer fees) with 409 vehicles sold and a 72 percent sell-through rate.

Mecum holds two annual auctions in KC, with the other sale taking place every December.

The top-selling car at last weekend’s auction was a low-mileage 2005 Ford GT – the “modern classic” that frequently leads Mecum sales – which hammered for $300,000. That was followed by a 1970 Plymouth Hemi ‘Cuda hardtop that sold for $140,000. These two results were the only ones that hammered above six figures.

The top 10 highest sellers for the Mecum Kansas City auction were:

(Results do not include buyer fees)

Mecum’s next auction takes place in Houston from April 6-8, with 1,000 vehicles expected. Following that is Dana Mecum’s 30th Anniversary Spring Classic auction in Indianapolis from May 16-21 at the Indiana State Fairgrounds. Two-thousand vehicles are expected to cross the block.

For information about Mecum sales, visit the auction website.