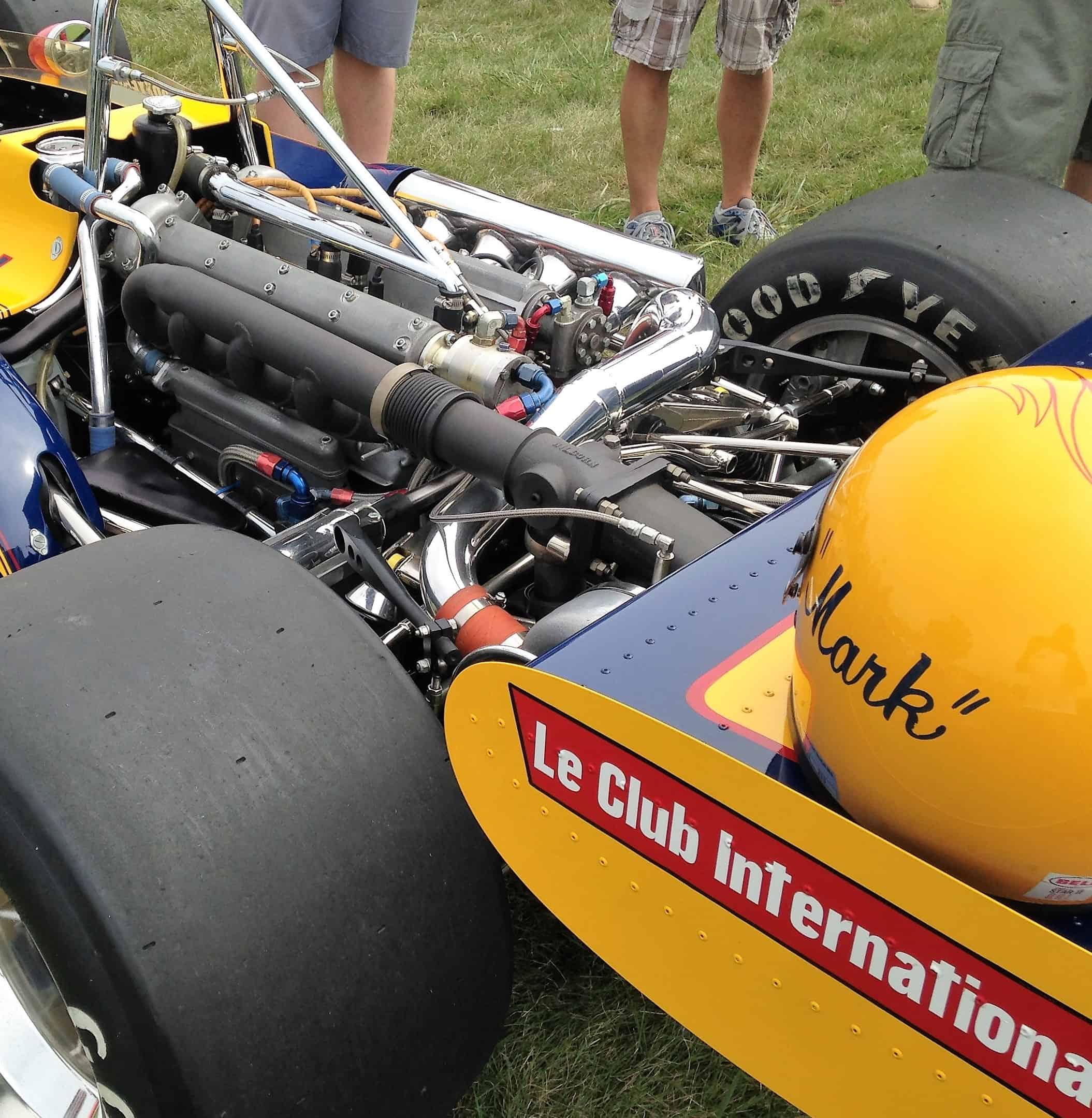 Rick Dresang was a broke teenager living in Plymouth, Wisconsin when he snuck into nearby Road America in the trunk of his buddy’s car to watch Mark Donohue’s record-setting 1973 SCCA Can-Am race. A confirmed gearhead, the young race fan’s dreams that night were undoubtedly colored Penske blue and yellow.

Dresang would go on to operate an auto-repair garage not far from the track, which would often help race teams that required assistance. One such customer was Dan Gurney’s All American Racers Team, which in 1975 suffered a broken axle on their car hauler and needed to borrow a lift. Dresang handed off the keys to the shop and returned the next day to find a $300 tip left on the counter.

Rick and wife Alison spent a decade immersed in snowmobile racing and the karting career of their son Jacques (named after racer Jacques Villeneuve). The consummate motorsports family, Dresang struck out to find an Offenhauser engine to display in their home. In 2004, he found one, but with a catch: it was still attached to the ex-Mark Donohue 1972 Sunoco-DX AAR Eagle race car.

Acknowledging the serendipity of the moment, Rick and Alison acquired and set about restoring the Indy car with the help of mechanic and driver Paul Jay. Four years later, they acquired the ex-Chip Mead 1981 White Castle Cosworth-Eagle.

Thus began a lifelong passion focused on the stewardship of Dan Gurney’s historic race cars. A successful entrepreneur, Dresang was able to indulge his passion by acquiring more AAR Eagles and forming a collections team, Kettle Moraine Preservation and Restoration.

KMPR now oversees a stable of nearly a dozen open-wheel racecars being restored, raced and displayed.

Their latest project is the ex-Penske Racing Team 1972 International Fleetstar transporter. One of two such vehicles used by the team during the late 1970s, the other was lost to time. Known as the “White Hilton” by the race crew, KMPR restored the livery to the blue-and-yellow scheme of the lost truck. Perhaps taking inspiration from KMPR’s effort, Team Penske recently located the original “Blue Hilton” and completed its restoration, prompting KMPR to plan to return their truck to its former white American Motors Racing livery.

Jacques Dresang, now semi-retired from his own racing efforts, has become a knowledgeable historian on the AAR cars and the careers of the men who drove them. While the sport has many stars with recorded biographies, Dresang hopes to document the back marker and mid-pack racers whose own interesting tales should not be forgotten.

To that end, KMPR has become something of a repository for artifacts from the last days of analog Indy cars; the era that saw the innovation of spoiler and ground effects married to traditionally inducted, mechanically controlled engines.

“With each restoration comes great responsibility to showcase history in great detail and accuracy; to honor those who made each car a part of history,” Dresang said. “They are a time capsule of when racing was at its peak.”