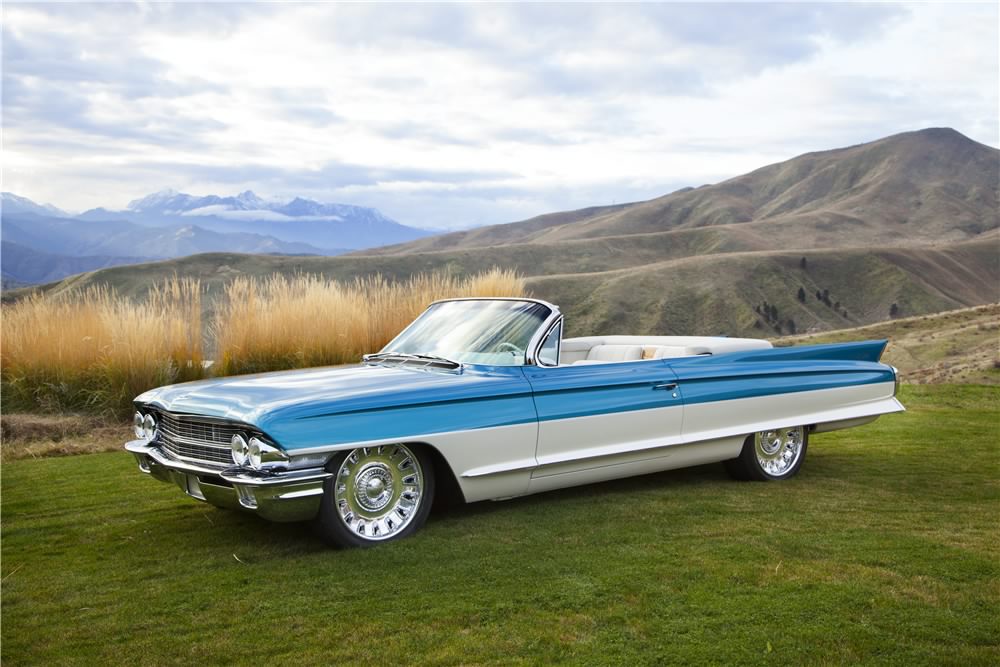 Editor’s note: This is the first in a 10-day sponsored series featuring cars to be sold April 6-8  during Barrett-Jackson’s Palm Beach auction.

Known as “Cadalina,” this 1962 Cadillac custom convertible combines the  original body lines and space-age flavor of the original car with modern presence and function.

At its foundation, the chassis is equipped with RideTech air suspension including Shockwave aluminum air shocks and a set of General Motors disc brakes. The powertrain includes a 5.3-liter LS V8 engine from a 2007 GMC Denali linked to a GM 4L60E overdrive automatic transmission.

This sleek Cadillac body was subtly tweaked  with the rear-fender skirts eliminated and the rear quarters modified to fill in the area formerly occupied by the skirts. New chrome-plated brass moldings were custom-fabricated for the lower reveal.

The body mods and final assembly were performed by Restorations & Reproductions and the chrome plating was handled by Sherm’s and Oregon Plating.

The one-off white custom interior and parade boot were trimmed and installed by Jim Griffin, the seven-time Ridler Award winner.

The instrument panel was redone by Classic Instruments of Boyne City, Michigan, and the one-off wheels and hubcaps were supplied by EVOD Industries.

Continuing the seaside theme of Cadalina, Palm tree motifs are embossed into the leather upholstery and machined into the custom wheels and their center caps.

A stunning custom Cadillac in every respect, Cadalina is ready to drive and enjoy.