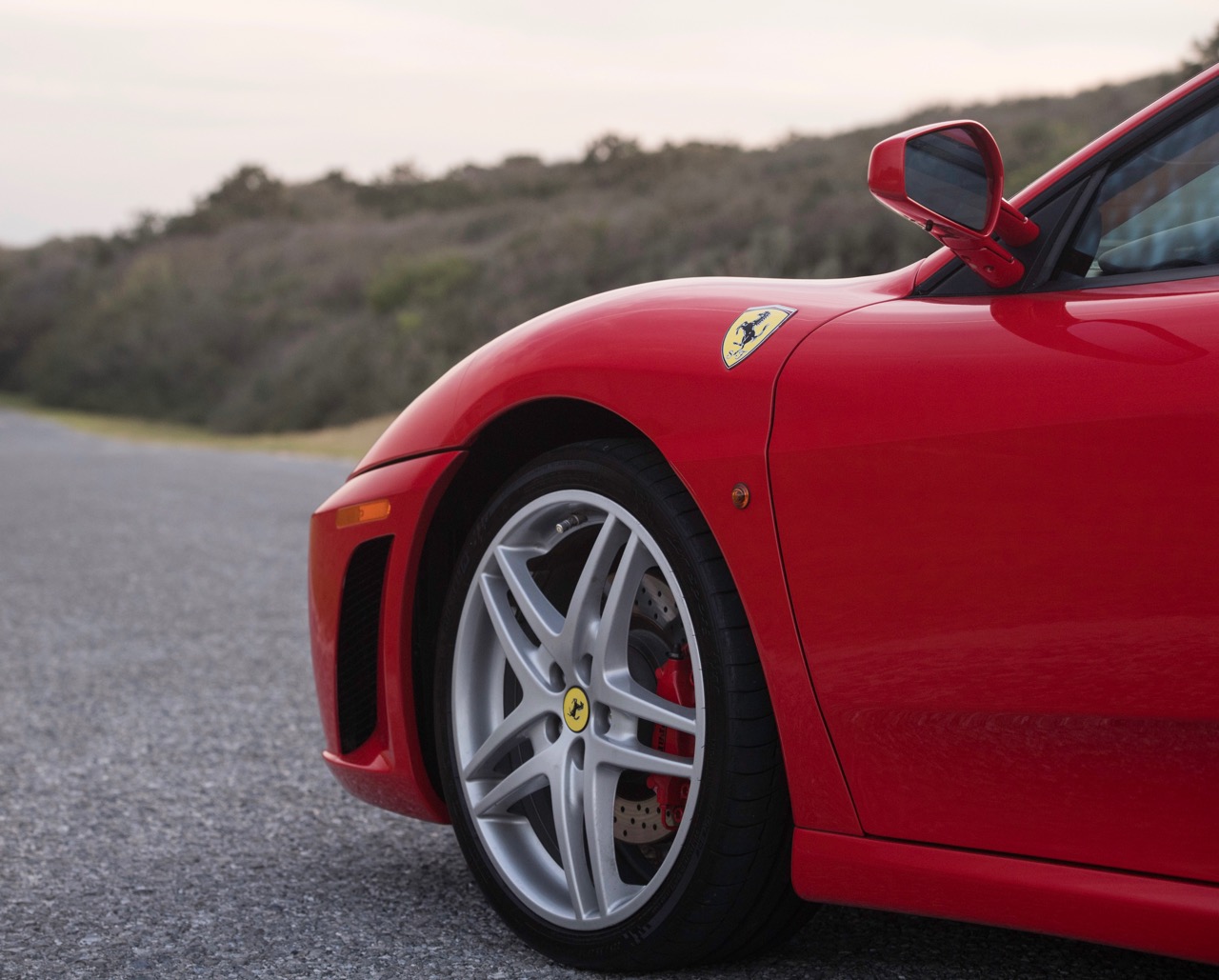 Auctions America stages its 15th annual Fort Lauderdale collector car sale March 31-April 2 — and this is no April Fool’s Joke: Expect there to be much more interest in a couple of cars with significant ownership history than might otherwise be expected at such an auction.

The cars are a 2007 Ferrari F430 F1 coupe and a 2000 Cadillac Deville DHS sedan, neither of which might normally cause all that much excitement at a classic car auction. However, the Caddy was originally owned by the late astronaut and former U.S. Senator John Glenn and the Ferrari’s original owner was a future U.S. President, Donald “Make America Great Again” (by buying an Italian car?) Trump.

John Glenn was the original owner of this 2000 Cadillac DHS

While the usual array of car-enthusiast bidders at such an auction might not get all that excited about either vehicle, a joint marketing agreement between Auctions America and IronPlanet could bring another 1.7 million potential buyers to the party.

Well, not actually to the party — there’s not that much room at the Greater Fort Lauderdale/Broward County Convention Center where the auction will take place. But those IronPlanet participants will be able to bid online for the astronaut’s Cadillac, the President’s Ferrari or for any of the approximately 475 other vehicles on the auction docket.

At this point, you may be asking yourself just what is IronPlanet? Well, it is neither the home of the comic book/movie character Iron Man, nor does it have anything to do with the Ironman triathlon sports competition. Founded in 1999 and based in Pleasanton, California (also home to the Goodguys Rod & Custom Association), Iron Planet is an online marketplace for selling “durable assets.”

In the universe of IronPlanet and its customers, “durable assets” include huge pieces of heavy construction equipment and road-building machinery, forklifts, farming implements, used semi tractors, shipping containers, and every Wednesday there’s a sale of Humvees the military no longer needs.

Because that equipment and potential buyers can be scattered around the world, and because prices can be substantial, IronPlanet offers such customers an IronClad Assurance. The company has a team of more than 250 experienced inspectors who examine those durable assets and provide written and photographic reports down to the quality of oil in a crankcase (based on evaluation by the company’s own laboratory).

Before the Oval Office, the Ferrari cockpit

“That’s how somebody buys a $300,000 piece of machinery without actually seeing the item,” explained Matt Ackley, IronPlanet’s chief marketing officer.

IronPlanet not only sells equipment online — it also stages live sales in various venues — but it works with other companies to make use of its auction software. This is the second year for the IronPlanet/Auctions America joint-effort at Fort Lauderdale. It also has similar arrangements with the Leake and Premier classic car auction houses.

“We are a platform provider,” Ackley said. “One of the tools/services we offer is a live, online bidding platform that integrates with a live auction experience. Auctions America will host their live auction in Florida and we’ll provide the technology that allows people to bid online at the live event. We have an online ring man that sits right there at the auction site working with the auctioneer. We call it LiveStream.”

IronPlanet recently did a live equipment auction in Florida that drew bids — in person and online — for more than 120 nations. “Around the world participation,” Ackley called it.

Ackley said collector cars are a good fit for IronPlanet’s clientele. “These are people who work in the construction business. They’re interested in machinery (especially motorized machinery,” he added. “They’re do-it-yourselfers. There’s a demographic and interest tie-in. And they have disposable income.”

And some of them just might be quite excited to be the next owner of the President’s imported sports car or the astronaut’s earth-bound luxury ride.

Or perhaps it will be Don Yenko’s personal 1970 Yenko Chevrolet Nova LT-1 deuce coupe or one of only 12 1999 Lamborghini Diablo VT roadsters in titanium silver or a 1963 Mercedes-Benz 300SL roadster or 1965 Shelby AC Cobra 289 (CSX2442) or even a 1990 Lamborghini LM002, the Rambo Lambo, or any of the other collectible vehicles on the Fort Lauderdale docket.