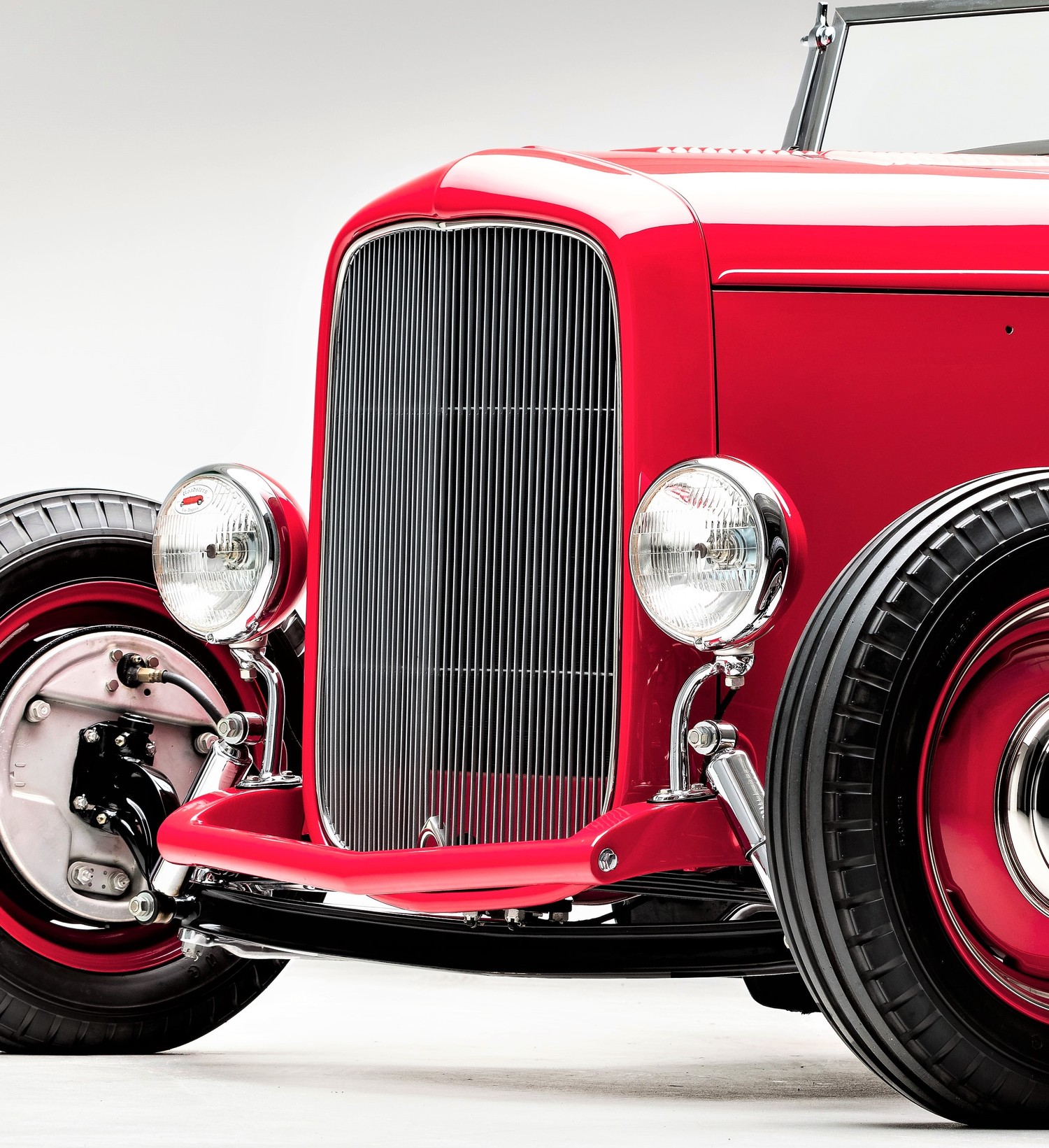 Three iconic pieces of California custom-car culture take center stage next month on the National Mall in Washington, D.C., as the Historic Vehicle Association displays the latest vehicles to be commemorated and recorded in the HVA National Historic Vehicle Register and archived in the U.S. Library of Congress.

The privately owned cars will be shown at separate times during the month in the HVA glass case on the walkway between the Smithsonian National Air & Space Museum and the National Gallery of Art for passersby to see and admire.

The three unique cars that will be on display are:

April 12-19 – A famous 1964 Chevrolet Impala lowrider named Gypsy Rose that cruised Los Angeles during the 1970s. Known as one of the most extravagantly painted lowriders of the period, extensively decorated with portraits of roses, the Impala was featured in the opening credits of the TV comedy “Chico and the Man” and was shown on the cover of Lowrider magazine.

April 20-26 – The McGee Roadster, a seminal open-wheel hot rod built from a 1932 Ford by Bob McGee after returning from service in World War II. A football player for the University of Southern California, McGee raced the Ford on the dry lakes of California. The car was featured in 1948 on the cover of Hot Rod magazine.

April 27-May 4 – A 1951 Mercury Coupe that was owned by Bob Hirohata when it was customized in 1952 by George and Sam Barris at their shop in Lynwood, California, featuring modified elements from Buick, Cadillac, Chevrolet, Ford and Lincoln, and striped by the famed Von Dutch. The Hirohata Merc collected more than 150 trophies during the first few years it was presented at car shows around the country.

The Hirohata Merc was built in California by the Barris brothers

The HVA expects a parade of hot rods, custom cars and lowriders to descend on the capital during the three-week exhibition, which expands on last year’s Cars at the Capital display that featured President Taft’s 1909 White Steam Car and President Reagan’s 1962 Willys ‘Jeep’ CJ-6.

The displays are part of the ongoing effort by the association to build a permanent record of important pieces of American automotive history in partnership with the U.S. Department of the Interior’s Historic American Engineering Record. A number of significant vehicles, ranging from the original Meyers Manx dune buggy and the Buick Y-Job concept car from the 1930s to the “Tin Goose” Tucker prototype and the 1964 Shelby Cobra Daytona Coupe race car, have been added to the HVA Register so far.

“The HVA’s objective is to share America’s automotive heritage with the American people,” Mark Gessler, president of the Historic Vehicle Association, said in a news release. “The three cars being recognized on the National Mall represent a uniquely American story of the talented builders that modified production cars for speed and style.  These three examples represent true national treasures of the early days of the hot rod, custom and lowrider movements. It is their first time in Washington, D.C.”

For more information about the Historic Vehicle Association and the National Register, visit the HVA website.