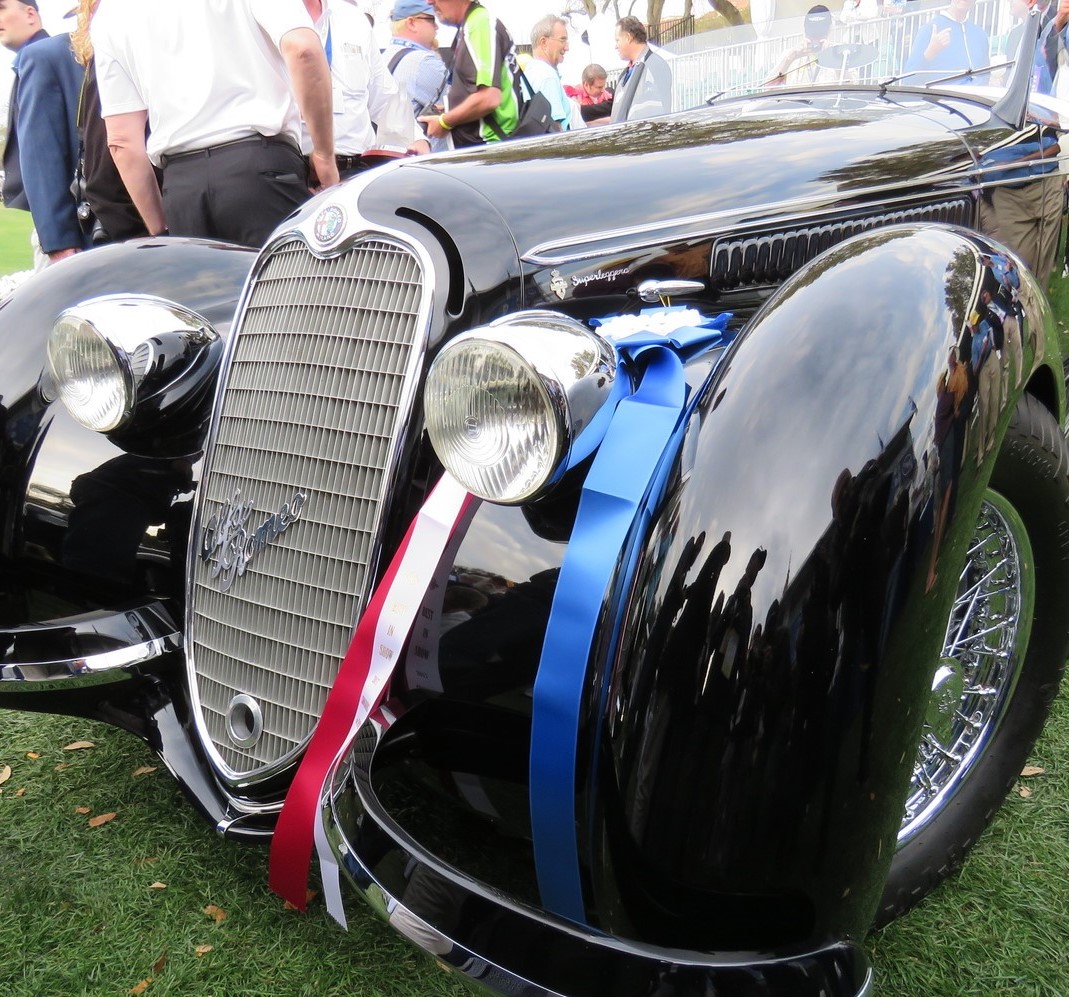 (Editor’s note:  This is Part 1 of ClassicCars.com’s report and photo gallery from the Amelia Island Concours d’Elegance in Florida.  See Part 2 on Sunday)

The story of the 22nd annual Amelia Island Concours d’Elegance will always be how leader Bill Warner and his crew nimbly managed to move this monumental event ahead one day, from Sunday to Saturday, and at the last minute when it became obvious that Sunday would be a washout, weatherwise.

With more than 300 vintage and historic automobiles heading to northeastern Florida from all over, plus the host of associated stands, vendors and displays, it seemed like some kind of miracle when the renowned concours appeared fully formed early Saturday on the fairways of The Golf Course of the Ritz-Carlton Resort.

To most observers, the show went on without a hitch, aside from the award ceremonies running slightly overtime. Not bad at all, considering all the scrambling that must have gone on to make this happen.

Usually, the popular Cars and Coffee show fills the fairway space on Saturday. But because of the rescheduling, the annual event that attracts hundreds of regional vehicles for display took place on other fairways adjacent to the main concours.

And Saturday’s weather was about perfect. As forecast, Sunday morning had quite a rainstorm, which would have ruined everything.

Once again, the Amelia Island Concours – second in prestige and splendor in the U.S. only to the dowager of such events, the Pebble Beach Concours d’Elegance in California – strutted its stuff with a vast array of great automobiles that covered the gamut from serious classics and motorsports icons to such playful yet judged classes as Hollywood movie cars, speed-record streamliners, and motor scooters.

Other featured classes included an impressive display of 12 Jaguar D-type race cars, plus three of the subsequent XKSS sports cars, to celebrate the 60th anniversary of the D-type’s dominating victory in the 24 Hours of Le Mans. One of the spectacular XKSS roadsters was imbued with an extra dose of cool from its prior ownership by the late actor and motorsports fanatic Steve McQueen.

Another anniversary being celebrated was the 50th for the Chevrolet Camaro, with a number of significant examples on hand, including the original 1967 running prototype.

There was a class of four-cam “giant killer” Porsche race cars, and another for Japanese racing prototypes. Local hero Brumos Racing was honored with its own class of winning Porsches. There was a beautiful class for Marmon automobiles.

The movie-car class was pretty great, with such vehicles as a Porsche Gulf 917K used in the filming of McQueen’s 1970 film Le Mans, an Aston Martin DB5 prop car with fully functional spy gadgets from the James Bond movie Goldfinger, the Ferrari 275 GTB/4 NART Spyder from The Thomas Crown Affair and the 1949 Buick Roadmaster from Rain Man.

The concours honoree for the 2017 Amelia Island Concours was four-time Indianapolis 500 winner Al Unser, who opened the show by driving one of his Indy-winning cars, a Lola T332, through the concours grounds. A number of his historic race cars were on display, along with the famous Indy 500 Borg-Warner Trophy that has the likenesses of all the winning drivers since 1911 on its surface.

The very-first Indy 500 winner, the 1911 Marmon Wasp, was shown as part of the Marmon class. It made an exciting run up to and away from the awards stand by an enthusiastic driver, a sight that was worth the price of admission in itself.

The top concours winners were a 1935 Duesenberg SJ Dual Cowl Torpedo Phaeton with Walker LeGrande coachwork that won Best of Show Elegance and a 1939 Alfa Romeo 8C 2900 Lungo Spider by Touring that won Best of Show Sport. Among the scores of class winners and special award recipients was the car that won the People’s Choice award, a stone-gorgeous 1937 Delahaye 145 with Franay coachwork.

The Amelia Island Concours is an overwhelming feast for photographers, making it grueling afterward to pick out the favorite pictures for a ClassicCars.com photo gallery. With that in mind, the gallery for the 2017 concours will run in two parts, today and Sunday.