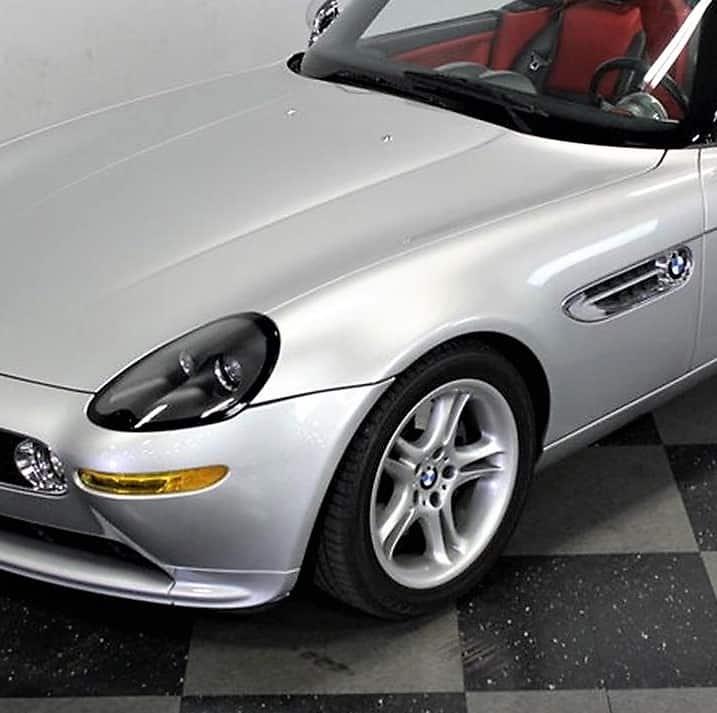 Every once in a great while, a large automotive manufacturer really shows what it can do and builds a limited-production model that is the best car the company is able to produce. The automaker is not limited by either marketing or cost constraints, and gets to build a very cool car.

Some that come to mind are the Dodge Viper, the Porsche Carrera GT and the Mercedes-Benz SLS AMG Gullwing. These are all great cars, but my all-time favorite is the BMW Z8 sports car, built from 1999 until 2003. This was a revelation for BMW, a car that looked back at everything that was truly great in the company’s history and combined that with what is exceptional about what they do now.

The Pick of the Day is what appears to be a stunning example, a 2000 BMW Z8 with just 35,720 miles and what’s claimed to be original paint with no touchups of any kind. The car has been driven and shows a few stone chips, according to the Ft. Worth, Texas dealer advertising the BMW on ClassicCars.com, but it is very clean with wheels that have no curb rash or scratches.

The seller does not mention the service history of this Z8, nor does it whether books and tools come with the car, although a few pictures with the ad seem to show the books. I would want to see the service history just to be certain that that car has been well cared for.

The Z8 is a car that will never be any less expensive than it is right now. BMW produced just 5,703 of the V8-powered roadsters, with 2,543 coming to the U.S. The Z8 was a very special BMW, with an aluminum body built on the same assembly lines as the Rolls-Royce Phantom; BMW owns Rolls-Royce.  It took hundreds of hours to hand-build each Z8.

“This 2000 BMW Z8 is one of those cars that was special from the day it was built,” the seller says in the listing. “A tribute to the legendary 507 and powered by the heart of the M5, it was a limited-production machine that found an enthusiastic public and only got more valuable as time wore on. Today, top-quality examples like this one remain A-list collectables that seem to have a very bright future ahead of them.

Indeed, I would be very surprised if we were to ever see BMW build another “halo” car like the Z8 ever again as the economics for a major automaker to create something so exceptional simply do not work today. What this means is that I foresee a time when a nice Z8 becomes a $500,000 car; the prices for these cars will never be less than they are today.

Low-mileage Z8s change hands for well northward of $200,000, and this one with an asking price of $169,995 looks to be a good deal for the roadster that BMW refers to as an “absolutely perfect car.”