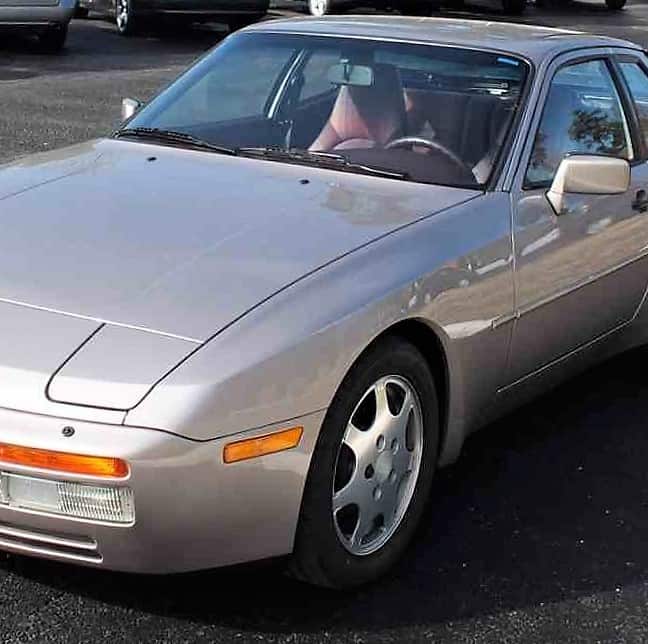 Strange as it may sound today, there was a time when the Porsche company feared that the days were numbered for its rear-engine sports cars. Sure, the 911 was beloved by its fans and owners, and fearsome on the track in its many guises, but time was marching on – as well as federal pollution and safety regulations – so Porsche looked to gradually change over to more-customary front-engine, water-cooled sports cars.

These were the so-called transaxle cars, with engines in the front and transmission/differentials in the rear for weight balance. First out was the less-than-stellar 924, powered by an Audi four-banger, although improvements were made over the years to make them more viable as Porsches. A good car but not a great one.

Front-engine Porsches are referred to as transaxle cars

Then, in 1982, Porsche rolled out the 944, a much-better transaxle car in so many ways, which also was modified and improved over its lifespan. The Pick of the Day, a 1988 Porsche 944 Turbo S with the factory Club Sport Package, represents the pinnacle of the 944 lineup before it went away in 1991.

As prices hover at unheard-of levels for even the most mundane 911s, as well as the earlier 356 sports cars, transaxle cars are emerging from the bargain basement, even appearing at upscale collector car auctions; RM Sotheby’s had a few 944s and a shockingly nice 924 at its Amelia Island sale last weekend. A number of special transaxle models also were seen at the inaugural Porsche Werks Reunion Amelia Island on Friday.

This 944 looks special indeed, a highly desirable performance car rated at about 250 horsepower from its turbocharged engine, plus the Club Sport Package upgrades of heavy-duty transmission and clutch, limited-slip differential, tuned suspension and aggressive brakes.

“Based on the ‘Turbo-Cup’ 944 race car, this 944 Turbo S has the ‘M030 – Club Sport Package,’ which is an exclusive ‘limited-production’ package, and every unit made was identical in color, options and drivetrain,” according to the private seller in Williamsburg, Virginia advertising this car on ClassicCars.com.

Best of all, this Porsche is a clean survivor that has been driven just 28,000 miles, and described by the seller as “pristine.”

Just 2,000 examples of this exclusive Porsche model were produced worldwide, and only 700 of them made it to the U.S., the seller notes. And the Turbo S is more than just a performance machine, but a luxury coupe loaded with creature comforts, the seller adds.

The asking price, which reflects the growing values of special-edition 944s, is a stout $59,980, which brushes up against 911 territory. These are great-driving Porsches, however, and this exceedingly rare low-mileage example of what’s essentially a streetable 944 race car seems well worth the price.