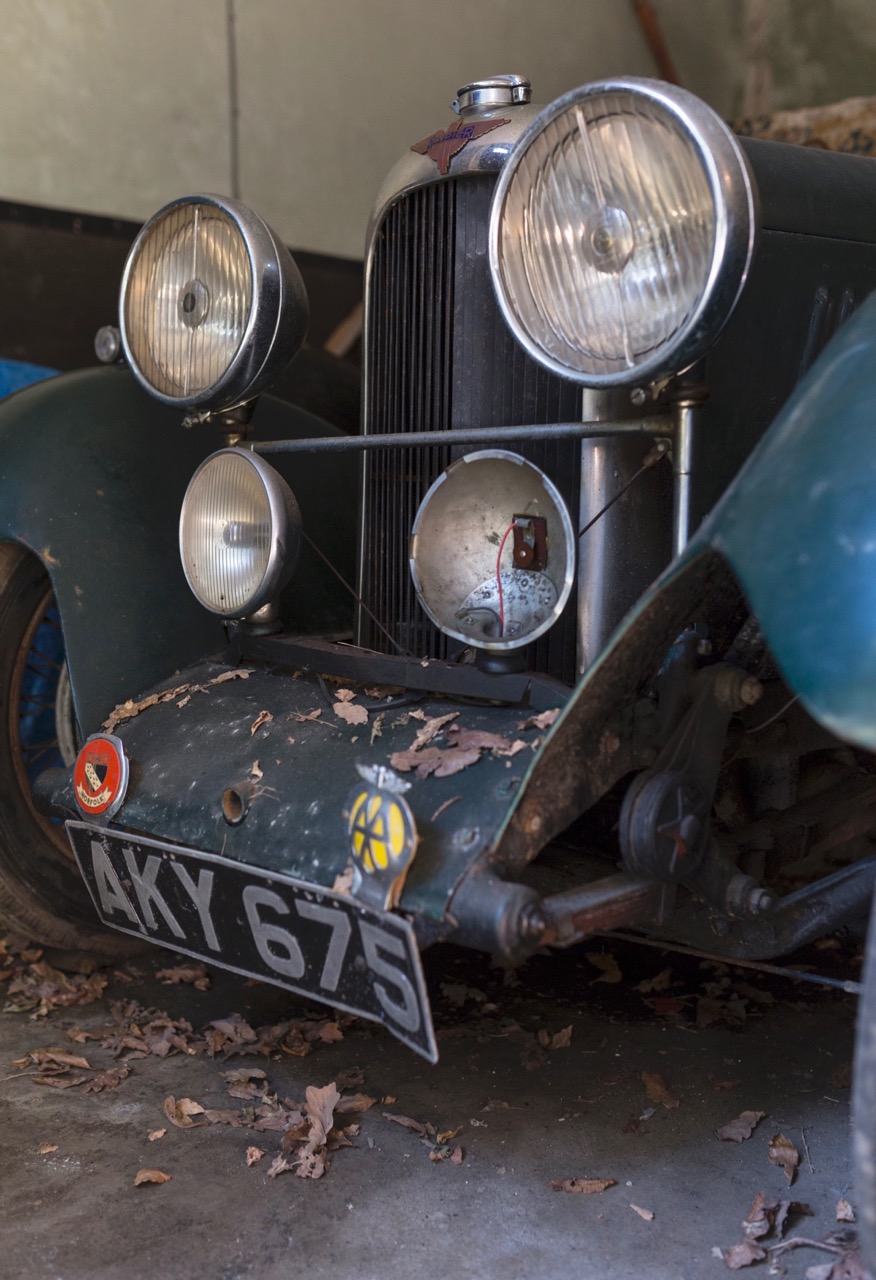 Recently uncovered within the coach house of Glyn Cywarch, baronial home of the Britain’s Harlech family, a 1936 Lagonda Rapier 10hp Tourer will be the vehicle highlight of Bonhams’ auction of the property of Lord Harlech. The sale is scheduled for March 29 at Bonhams’ New Bond Street facility in London.

“Unmoved for more than 30 years, the car appears to have been largely unaffected by the Gwynedd weather and is in surprisingly good condition,” Bonhams said in its news release. “It is one of only 330 models ever made, and retains its exquisite Ranalah coachwork.”

Lagonda produced the Rapier from 1934-1938. Buyers received a rolling chassis powered by a powerful if small 1.1-liter engine capable of propelling the car to speeds as fast as 70 mph. Owners obtained bodywork from among various coachbuilders.

“The car originally retailed at £375, but is now estimated to reach £20,000 to 25,000 ($25,000 to $30,000) at auction,” Bonhams reported. “There is scope for restoration, but as patina is now widely considered a badge of honor amongst the motoring community, it may well be maintained in its current state. Either way, it will make a fantastic project for enthusiasts of this increasingly rare model.”

Also on the auction docket and also discovered in the Harlech buildings is a 1925 Douglas 2 3/4 horsepower Model CW motorcycle.

The Douglas Foundry began producing small motorcycles in 1907, gaining fame by sweeping the top four finishing positions in the Junior TT on the Isle of Man. Douglas also produced motorcycles for the British army during World War I.

The CW was a post-World War 1 model with rim brakes front and rear. Bonhams reported that the engine in the Harlech CW still turns over and the motorcycle is ready for re-commissioning or restoration. It carries an estimated pre-sale value of £3,500 to £4,500 ($4,250 to $5,500).

The Lagonda and Douglas are among more than 400 items from the Harlech family offered for sale at the auction, which is being held to raise funds for the restoration of the Glyn Cywarch homestead.