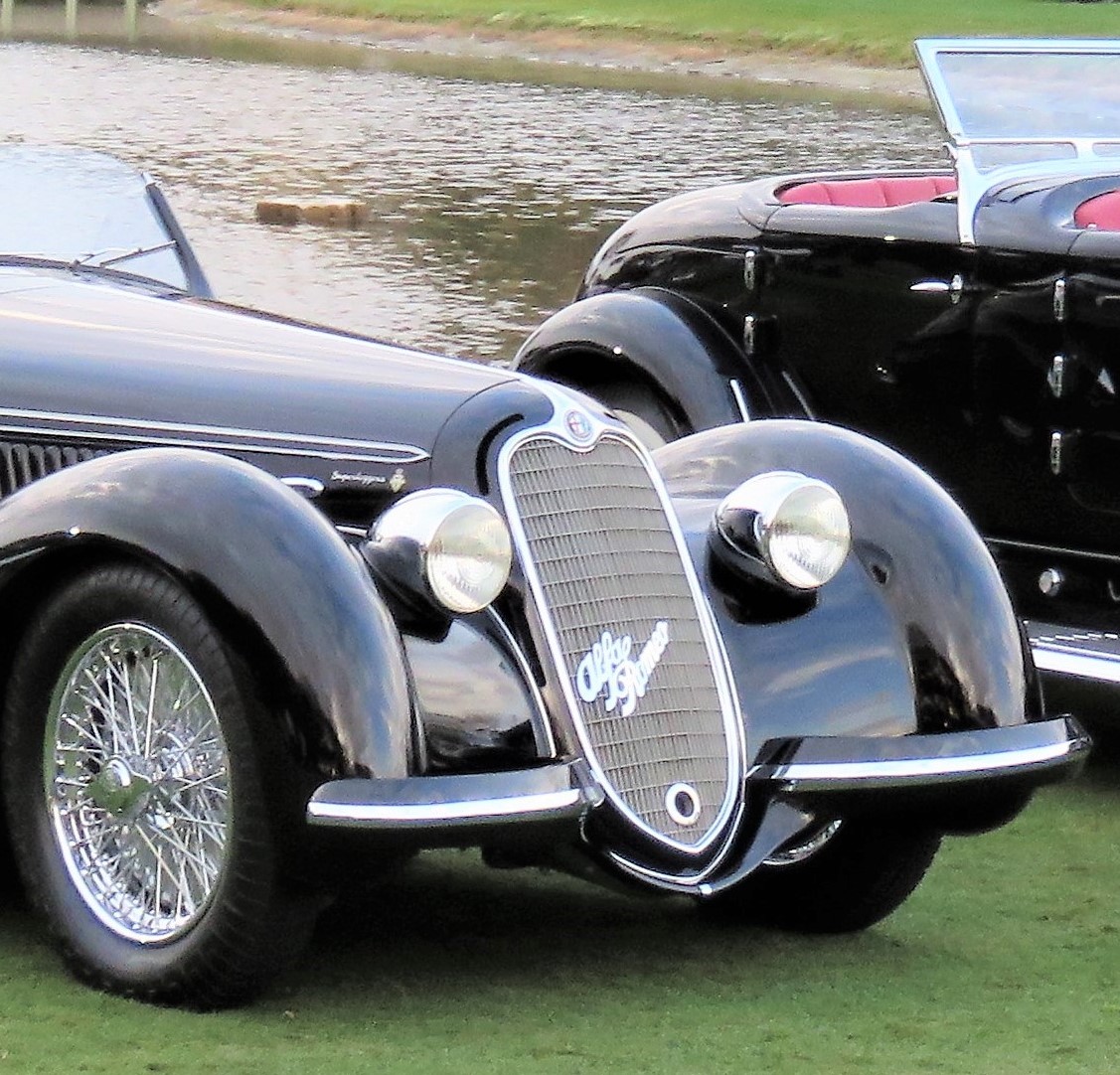 A pair of gleaming black pre-war classics were selected as best of show Saturday at the Amelia Island Concours d’Elegance, which was moved up a day on short notice because of stormy weather expected Sunday on the Florida coast.

This year, the Best of Show Elegance award went to a rare and spectacular 1935 Duesenberg SJ Dual Cowl Torpedo Phaeton with Walker LeGrande coachwork and a supercharged straight-8 engine. The owner is Terence Adderley of Bloomfield Hills, Michigan, a well-known and longtime collector of American classic cars.

A sculptural 1939 Alfa Romeo 8C 2900 Lungo Spider with bodywork by Corrozzeria Touring of Milan was award Best of Show Sport. The Alfa, owned by Amelia Island regular Dano Davis of Jacksonville, Florida, is one of seven long-chassis Touring Spiders ever produced. It has a history of amateur racing during the 1950s in Brazil.

Another standout classic at the 22nd annual Amelia Island Concours was a 1937 Delahaye 145 with Franay coachwork, which won the competitive People’s Choice award. The Delahaye is owned by Sam and Emily Mann of Englewood, New Jersey. Mann is a previous owner of the winning 1939 Alfa Romeo Lungo Spider.

About 300 cars were presented by the Amelia Island Concours on the fairways of The Golf Club at the Ritz-Carlton Resort. The weather Saturday was sparkling and clear, and the show seemed to go on without a hitch despite the change of plans due to the weather forecast of steady rain on Sunday.