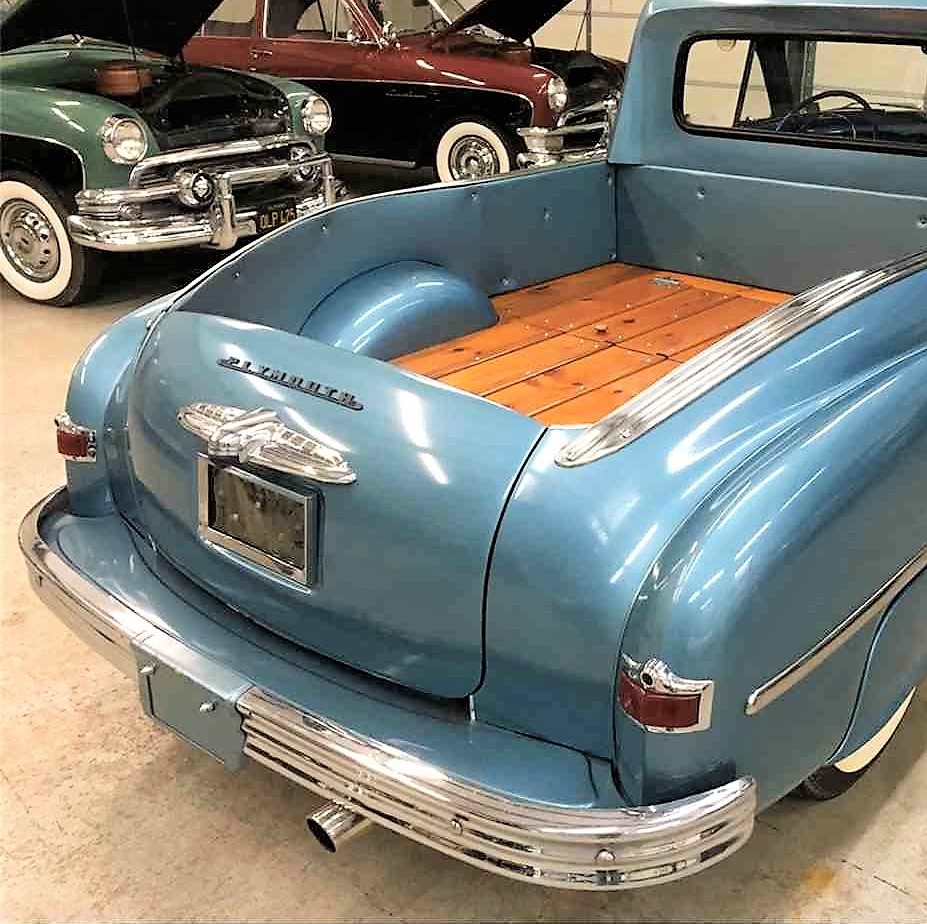 While Australians might call it a ute, the Pick of the Day is one of the most interesting little sedan/pickup trucks that I’ve ever seen. The seller describes the 1950 Plymouth as a “flower car,” which are vehicles – usually Cadillacs – used by funeral directors to dress up graveyard-bound processions with their open beds brimming with fresh blossoms.

Flower cars have long been collector items, and while researching this one, I stumbled on the Facebook page of the Flower Car Club, made up of aficionados who collect and restore such things. Another posting I saw described his Caddy flower car as a “funereal El Camino.”

Something I did not find in my Google search was anything about a 1950 Plymouth Flower Car, so this might be the only one in existence. Or, as the Huntsville, Alabama, dealer said in the listing on ClassicCars.com, “Probably the only one left that you will ever see.”

But it’s most definitely a cool-looking pickup, its shapely lines set off by a full-scale sun visor, top flight side mirror, spinner hubcaps and fender skirts. The blue metallic paint is presentable, the seller says, though it has lost its deep luster over the years. The wood floor of the bed looks nicely finished.

Mechanically, the Plymouth is in stock condition, powered by a flathead inline-6-cylinder engine and three-speed manual, shifted on the column. It “starts right up” and “runs and drives great,” according to the seller. The car has been driven just 21,791 miles, according to the odometer. It’s only mechanical need is a new pan gasket, the ad says, which means it’s dripping motor oil. An easy fix if that’s the extent of the leak.

This rarity should attract lots of favorable attention everywhere it goes. The next owner might be tempted to transform it into a unique street rod, but other than a possible V8 transplant, better brakes and such, I would keep it as is. It looks like a period custom that has survived for the past 67 years, and there’s much to be said for that.

The asking price is a modest $19,000, which the seller says is negotiable.