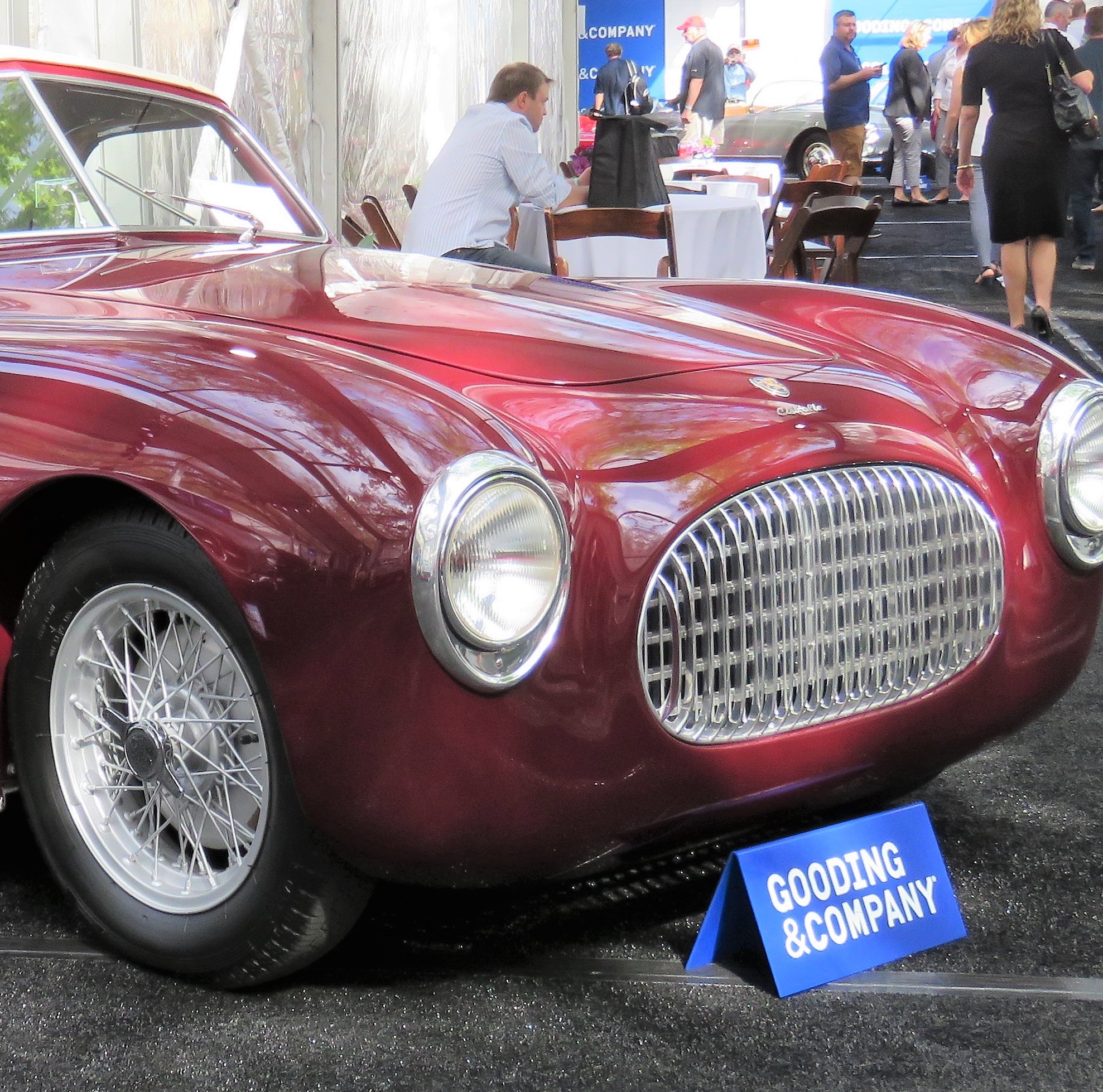 Gooding & Company has brought another primo squad of collector cars for its Amelia Island auction, highlighted by great European sports cars that include a heathy dose of Porsches.  With the soaring popularity of Porsches of every ilk, Gooding has populated its sale with 25 of them, more than a quarter of the total offerings and most of them exceptional examples.

Those of us bitten by the Porsche bug might wonder whether all these cars coming to auction during the past few years – all the other sales on Amelia Island this week also have strong contingents of them – will dilute the classic brand and cause values to fade.  Hasn’t happened yet and unlikely to happen anytime soon, although it seems that every time I turned a corner at an auction preview, I encountered some kind of Porsche.

Gooding has touched all the bases at Amelia, though, with fascinating cars from England, Italy, even Spain, among the ones shown during the preview of the auction, which takes place today at the scenic Omni Plantation Resort.  Vintage American cars are decently represented, notably a couple of cool woodie wagons, a wood-bodied Chrysler Town and Country and a classic 1934 Packard Eight 1101 convertible sedan.

But more than anything, Gooding is about rare sports cars from Europe, and my favorites are mainly them.  Despite my Porsche tendencies, I kept those to a minimum.