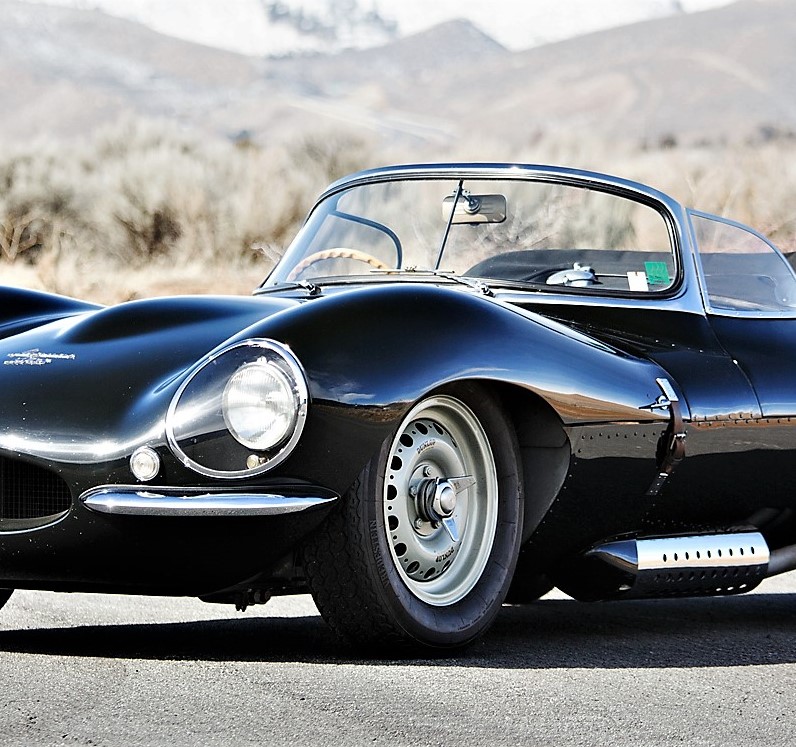 After the Academy Awards, we have the collector car celebrities of the Amelia Island auctions, the top-ranked automobiles that are just as unapproachable as the stars of Hollywood for the common man or woman (i.e. those not having a limitless stash of funds).

Each of the prominent car sales that take place during the four Florida days that culminate in the Amelia Island Concours d’Elegance – RM Sotheby’s, Gooding & Company, Bonhams and Motostalgia – has its own best-of-the-best automotive treasure.

Beauty, rarity, performance and provenance all go into the making of each star car. This year, they are ’50s and ’60s European sports and GT cars, estimated to sell in the high-seven and eight figures, attracting crowds of spectators as the bidding commences.

The likely most-valuable offering of Amelia Island is a legendary British sports car, a 1957 Jaguar XKSS up for bidding at Gooding during its March 10 sale. One of just 16 roadsters built by Jaguar from the leftover Le Mans-winning D-type race cars (25 cars were planned before a fire at the Brown’s Lane factory destroyed the remaining D-type chassis), the XKSS is a stunning and purposeful piece of motorsports glory that is Jaguar’s “most-famous and beloved car,” according to Gooding.

This well-known example was fully restored by a marque specialist about 10 years ago, and made its debut at the Pebble Beach Concours d’Elegance in August 2010. It has since been driven on a number of tour and rallies, as well as appearing at the Concorso Villa D’Este in Italy.

“On a recent outing, it delivered thrilling performance, with impressive power, light yet precise controls, confidence-inspiring handling, and a glorious, hair-raising exhaust note,” Gooding says in a news release.

The pre-auction estimated value for the rare XKSS, the first to come to public auction in 10 years, is also impressive: $16 million to $18 million. Of course, it could go higher as bidders compete for this most-sought-after Jaguar.

RM Sotheby’s touts the consignment for its March 11 Amelia Island auction of one of the most desirable road-going Ferraris of all time, a 1961 250 GT SWB Berlinetta, a stunning luxury car powered by a 235-horsepower V12. The short-wheelbase coupe designed by Pinin Farina has won multiple awards, including best of show at Concorso Italiano and Platinum Awards at the Ferrari Club of Amerian International and the Cavallino Classic.

The Ferrari was fitted with “semi-competition” features at the factory, such as an aluminum hood and trunk lid, and triple Weber competition carburetors. It was “comprehensively restored” in 2015, according to the auction house.

“A regular race winner capable of 150 mph and five-second 0–60 mph acceleration times, the SWB has evolved into one of today’s most collectable vintage Ferraris, claiming both timeless aesthetics and powerful modern mechanicals,” according to RM Sotheby’s catalog description.

The estimated value for the Ferrari is $9 million to $10 million.

The 250 GT competes for top-dog status at RM Sotheby’s with at least two other gems, one of Ferrari’s early race cars, a 1950 166M Barchetta with a Touring body, valued at $8 million to $10 million, and a spectacular 1937 Bugatti Type 57S Cabriolet with body by Vanvooren, valued at $8.5 million to $10 million. The bidders will decide which of the three cars gets the gold star.

Bonhams’ catalog cover car is a landmark coupe from Maranello, a 1955 Ferrari 250 Europa GT Alloy, one of just two examples with lightweight aluminum bodywork, as well as competition specifications rarely seen on a Europa. With refined styling by Pinin Farina and powered by the renowned 220-horsepower Columbo V12, the car was never raced or seriously wrecked and has a known ownership history that includes Hollywood film executives and famed Ferrari specialists.

The Europa was restored in 2002, painted in its original tone of Blu Fiat 8V with caramel-colored interior, and with its original engine now fitted with cylinder heads from a later Columbo V12; a pair of correct rebuilt heads are included in the sale if the new owner wants to bring the car back to factory spec.

Bonhams, which holds its auction March 9, has put the estimated value for this piece of Italian artistry at $2.3 million to $2.6 million.

Motostalgia has stepped up its game for Amelia Island this year, counting among its collector cars to be auctioned March 11 a genuine piece of racing history: a 1950 Cisitalia-Abarth 204A Spyder Corsa grand prix car connected with some iconic motorsports figures.

Besides being the first car registered by performance designer Carlo Abarth under his own company name, it was one of the last cars that Ferdinand Porsche helped create before starting his own sports car company. It also was one of the last three cars built by Cistalia before the company closed down.

The 204A’s greatest claim to fame is being raced by one of the most-revered drivers of all time, Tazio Nuvolari, who first competed with it in the 1950 Targa Florio. It was the last car he ever drove to victory, in the 1950 Palermo Monte Pellegrino.

Motostalgia has not made public its value estimate for the historic race car. But as the saying goes, “If you have to ask, you can’t afford it.”

The other auction in town, Hollywood Wheels, has among its offerings an enviable collection of desirable Porsches to be auctioned March 10, as well as a nice group of U.S. and European cars selling March 11.

The most valuable car on Hollywood’s docket is a low-mileage 1991 Ferrari F40 supercar, valued at $1 million to $1.3 million.

How much? Gooding will supply the “estimate upon request.” Which means it’s a lot.

Naturally, not all the collector cars being auctioned next week at Amelia are in such rarefied territory. To see some more-mainstream examples, view the website for each of the auctions for a complete list of the entries.