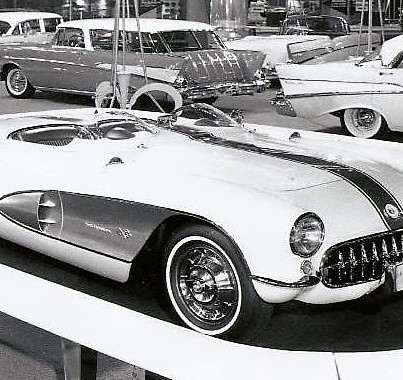 After more than a half century of obscurity, the rarest of Corvettes will make its 21st Century debut March 12 at the 22nd annual Amelia Island Concours d’Elegance in Florida.

The 1957 Chevrolet Corvette Super Sport prototype was built for General Motors’ iconic Motorama shows in the 1950s, appearing for the first time in January 1957 at the New York Waldorf Astoria Auto Show, and then at the Chicago Auto Show.

After that, the spectacular show car dropped out of sight and was not seen in public for 60 years. After its use at the auto shows, GM sold the prototype Corvette to Ralph Poole of Albuquerque, New Mexico. In 1996, the car was purchased by its current owner, John Baldwin, who had it restored to original condition.

“We’ve been working on the ’57 Super Sport for the last few weeks and have it running nicely for the first time since the 1950s,” Baldwin said in a news release.

The car will be shown in a special display at the Amelia Island Concours, held at The Golf Club of Amelia Island at the Ritz-Carlton Resort.

“This unique Corvette is practically unknown,” said Bill Warner, founder and Chairman of the Amelia Island Concours d’Elegance. “It was the cover car for the June 1957 issue of Speed Age magazine and then it disappeared. It’s been hidden for its entire life. For it to be at Amelia is the sort of thing we dream of.”

For information about the Amelia Island Concours d’Elegance, visit the event website.