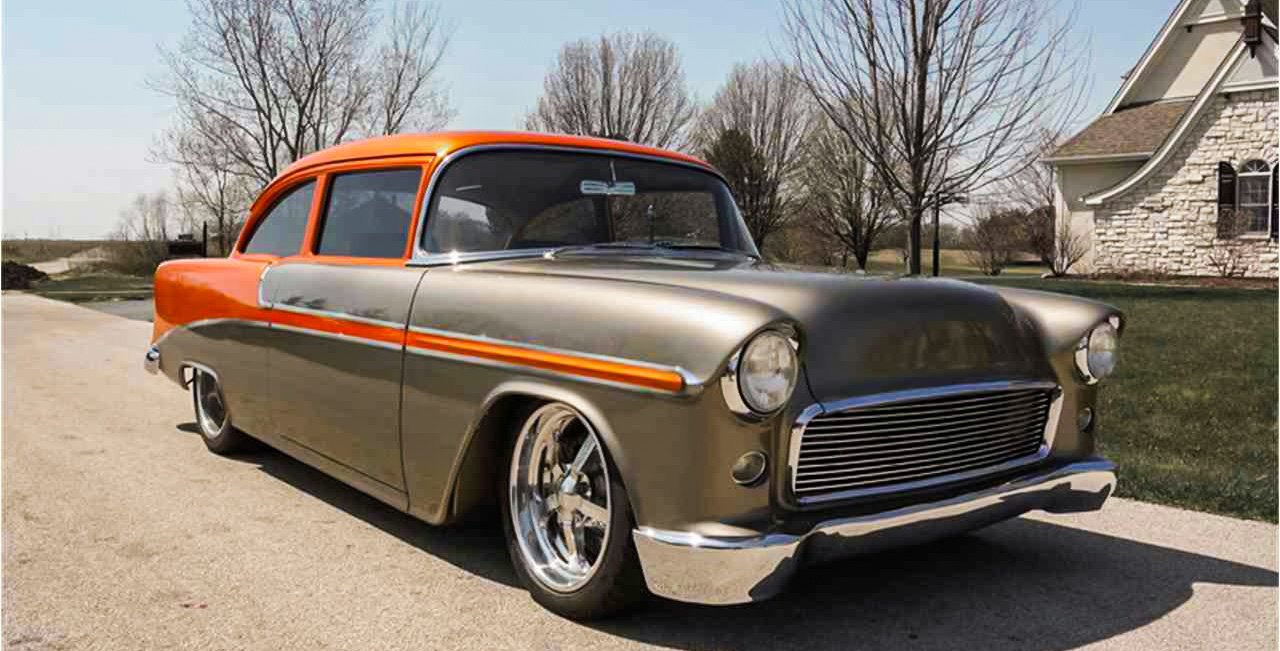 The Pick of the Day combines Chevrolet big-block power with classic American styling for a visually stunning custom creation built to perform on the street. Listed on ClassicCars.com, this pro-touring 1955 Chevrolet 210 has graced the cover of Super Chevy and was featured in Chevy High Performance, while the builder, Brent Jarvis of Performance Restorations, has been seen in Hot Rod, and Popular Hotrodding with other builds.

According to an article referenced in the listing, the owner who commissioned the build said the Chevy was taken to Jarvis’ shop in a pro-street form and was converted into a pro-touring cruiser that could thrive on low-octane fuel.

The 210 is powered by a ZZ502 Chevrolet Performance create engine that has been modified with a Bullet hydraulic roller and aluminum roller rocker arms. The 502 cid V8 is fed by Hilborn computer-controlled stacks while it hooks up to a 4L60E transmission with 2500 stall convertor and 9-inch limited slip rear end with 3.73:1 cruising gears.

The listing says the body was pulled off the chassis while the rails were reworked and smoothed. Nearly every panel was touched by the shop, each receiving one-off improvements. The door handles have been shaved, and the car has other unique design ques such as flush-mounted the front turn signals using 1957 backup lights. All side molding has been removed while the hood has been reworked to open back to front. The custom also features a billet grille and custom taillights and bumpers that have been reshaped for a tighter fit, a firewall that has been smoothed and inner fenders that were hand built.

Atop all the custom body work is a two-paint scheme that incorporates candy orange and pearls with pewter and pixie dust, along with some custom airbrush designs.  As seen in the photos, the interior is custom and carries the exterior theme within.

The Grayslake, Illinois dealer is asking $225,000 for the gorgeously customized 210.