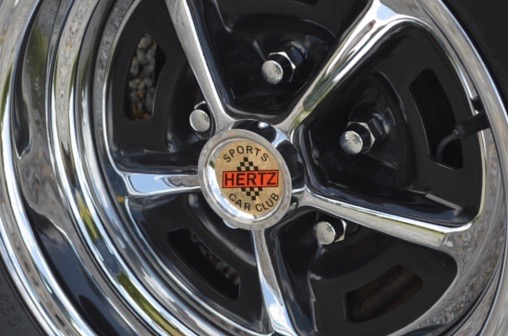 Not only are they sought-after collector cars, but a trio of 1960s Ford Mustangs will be offered without reserve this week when Leake Auction Company stages its annual Oklahoma City sale, starting Friday.

“It is not often that you see three of the most sought-after, spectacular, high-end Shelbys and a Boss 429 being sold without reserve,” said Leake Auction president Richard Sevenoaks.

“We will have every major Mustang collector at our auction for these three vehicles,” he predicted. “There will be a few bidding wars taking place over the Mustangs.”

According to Leake, the ’66 Shelby GT350H is one of only 47 of the Hertz rent-a-racers wearing sapphire blue paint, and originally was assigned to the company’s San Francisco rental outlet. The car carries a date code-correct 289 cid/306 horsepower V8 engine and automatic transmission, as well as original 9-6 Koni shock absorbers. It’s Shelby Registry number is 6S825.

The ’68 Shelby GT500KR, KR short for King of the Road, is powered by a 428-cid Cobra Jet engine rated at 335 horsepower. Again, the engine has a correct date code and is linked to an automatic transmission. The registry number is 03532 for one of only 518 KR versions produced. Making the car even more rare is that it is a convertible. The color is Highland Green with a white top and black interior.

The ’69 Boss 429 carries a modified 385-cid engine and its production required modifcation of the front end by the Kar Kraft shop. The car on the Leake docket has a four-speed manual transmission and has traveled only 18,118 miles since being produced on May 23, 1969. The car is Wimbledon white with black interior.