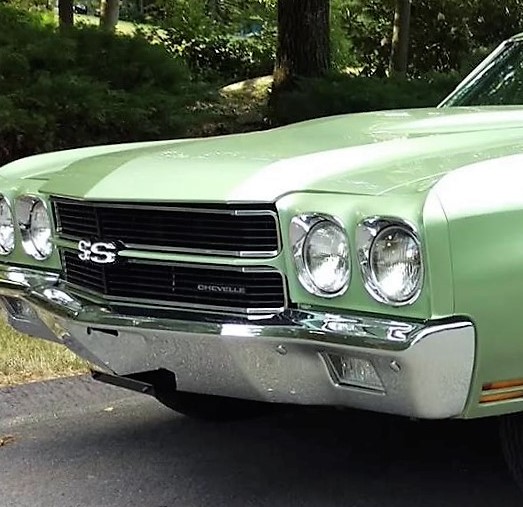 The Pick of the Day is one of the most desirable of big-block muscle cars, a 1970 Chevrolet Chevelle SS 454 coupe, which the seller says is an all-original survivor that looks as good and runs as well as when it came out of the factory.

This is the 360-horsepower LS5 version of the Chevelle SS 454, one tier down from the Holy Grail LS6 with its solid-lifter 454 that cranked out a conservatively rated 450 hp. Still, this LS5 with its heavy-duty Rock Crusher manual transmission should provide plenty of performance satisfaction.

Offered on ClassicCars.com by a private seller in Princeton, Massachusetts, the car is described in the listing as a “collector-quality investment-grade” Chevelle SS with 71,840 miles on its odometer.

“This SS Chevelle is unrestored and has been nationally recognized as the best of the best,” the seller says in the listing. “Car has won every show entered including Goodguys and Ecklers International. Fully documented research shows of the 1,148 total LS5 cars with M-22 Rock Crusher, only two got the 45-45 Green Mist paint.”

That this muscle car has survived 47 years in apparently pristine condition, unmolested and undamaged, is remarkable. Most often, this kind of performance car gets sometimes-questionable “improvements” over its lifetime, as well as being driven hard and worn out.

But this fortunate example has retained its originality to the full extent, the seller says.

“Often you may hear ‘numbers matching’; in this case, every single part originally installed is matching, even the alternator, carburetor, radio, spare tire, brake drums, not just the engine and transmission,” the listing says.

The car looks incredibly fresh in the photos with the ad, and if it’s everything that the seller says it is, seems like a bargain at the asking price of $59,000. This would be the best way to buy such a vintage muscle car, in mint condition just as it was built.