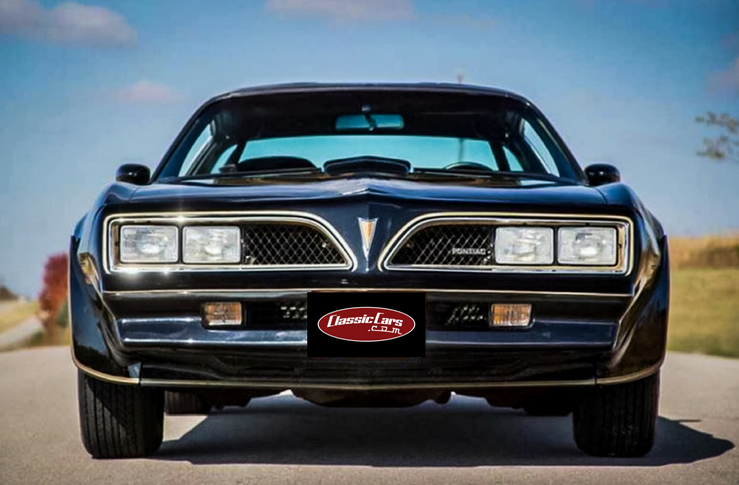 Imagine buying a new muscle car – something iconic and inherently cool – only to hardly ever drive it and leave it largely untouched. For me, that would be torture and I don’t know how long I’d last before the desire to not only drive the car but modify it would become overwhelming.

The Pick of the Day, a 1978 Pontiac Firebird Trans Am Special Edition, has lived such a life, amassing just 39,000 actual miles. And it has managed to remain in relatively original condition.

This Trans Am still has the original wheels

The listing on ClassicCars.com says the car was originally purchased in West Point, Nebraska. The first owner sold it to a local friend with about 3,000 miles on it and shortly after, it was passed along to a woman in South Dakota. The listing notes the original cloth seat covers were removed after just 5,000 miles because “the lady that owned it liked the vinyl black covers better.”

As a result, the owner at the time kept the original Lombardy covers in a box that has stayed with the car through the last owner, who had the car in Pennsylvania. The seller notes the car has spent much of its life in a garage until this year, and that the seat covers have been put back on the original seat frames.

The car is seen in its original paint, an indicator that it was a special edition car

The seller also notes this Trans Am features its original 15×7-inch gold snowflake wheels wrapped in a set of “new factory correct tires.” Other highlights include Hurst T-Tops and the original Hurst T-Top bag, the original space-saver spare from the factory, the original AM/FM radio, and the car is seen in its original factory paint – black with the gold screaming chicken on the hood.  However, it does show  areas where the car received “a few light dings” the seller says, adding that they were addressed at some point.

The air conditioning is said to work as well as all the gauges, door buzzer and lights.

Speaking to the originality of the car, the seller notes it is rust free, retains all the original sheet metal and has a “numbers matching driveline” which consists of a 6.6-liter Pontiac 400 engine hooked to a Turbo 350 Automatic transmission.

The Trans Am is offered by a dealer in Maryland for $58,900. Included with the sale is a three-ring binder with original documents and paperwork that go with the car in addition to manuals and Pontiac Historic Service documents.