Restoration starts on last of the repairable sinkhole Corvettes 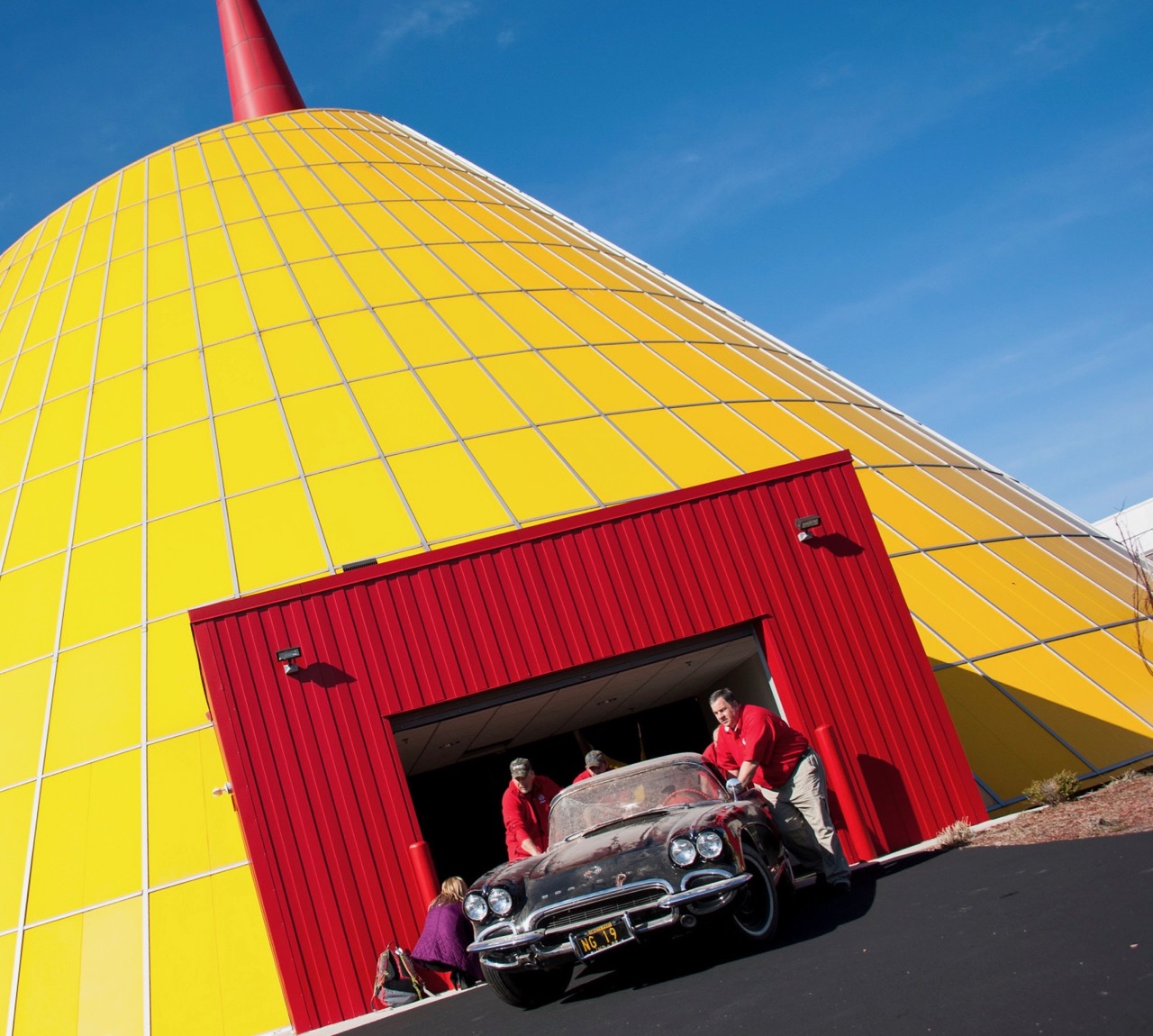 Three years after the sinkhole beneath the Skydome opened and swallowed eight cars at the National Corvette Museum, work to restore the last of the restorable cars has begun at the museum, where visitors can view that work in progress.

Five of the cars that fell into the abyss are considered to be damaged beyond repair. Two others — the 2009 Corvette ZR1 “Blue Devil” and the 1994 “One-Millionth” Corvette — were restored and have been part of a special display along with the damaged cars within the repaired Skydome.

On February 9, the 1962 Corvette, still wearing the dirt and debris from its time beneath the surface, was removed from that display and taken to the garage where it will undergo restoration. That work will take place at the museum and can be viewed by visitors.

“The car has been on display ‘as-is’ for nearly three years, so we thought to commemorate the third anniversary of the sinkhole, we would start the restoration work on the last Corvette to be repaired,” Katie Frassinelli, the museum’s marketing and communications manager, said in a news release.

“Almost all the work will be performed in-house by Daniel Decker, our vehicle maintenance and preservation coordinator,” she added. “It’s exciting that guests will be able to see the car come back to life.”

The ’62 Corvette was donated to the museum in 2011 by David Donoho, who bought the car while he was in high school and owned it for more than 50 years.

“David was so obsessed (with the car), in fact, that he earned the nickname ‘The Weather Man’ because his friends would tease him about how closely he would watch the weather, and quickly take his Corvette home when there was a chance of rain,” the museum noted in its news release.

Parts needed for the car’s restoration are expected to cost $15,000, including a complete front-end assembly, hood and windshield, but General Motors has contributed $25,000 to the project.

“It’s a real big honor to be able to do the work, to bring it back to life from the sinkhole,” Decker said. “We want to do it right. The fiberglass will need to set and cure so it doesn’t shrink later. We want the car to look immaculate.“

If you want to follow the car’s restoration but cannot get to the museum in Bowling Green, Kentucky, progress reports will be posted on the museum’s Facebook page, YouTube channel and the museum’s website.