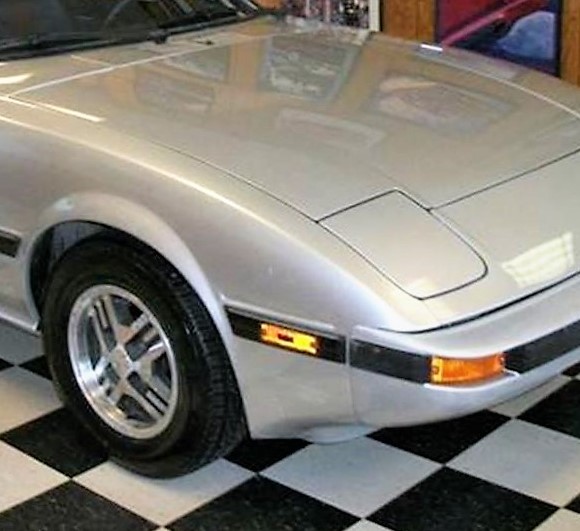 The Mazda RX-7 is a clean-looking low-mileage survivor

Although the Mazda RX-7 has never hit its stride as a collector car, enthusiasts know it as an innovative sports car powered by a tiny-yet-powerful rotary engine mounted far enough behind the front wheels to earn it mid-engine designation. A near-perfect 50-50 weight balance contributes to the car’s exceptional handling.

The Pick of the Day is a 1983 Mazda RX-7 GSL with only 32,699 miles on its odometer and a very modest price tag for such an interesting survivor. The GSL label designates the fully optioned luxury model equipped with the desirable power and convenience features of its day.

The Farmington, Michigan, dealer advertising the RX-7 on ClassicCars.com says the car has had only two owners in its 34 years, neither of whom apparently drove it very much. The Mazda was “very well-maintained” and “never driven in the winter,” the dealer says.

The gallery of photos with this listing show an exceptionally clean car with a nice interior, and a close-up of the speedometer shows its low mileage. The 1983 model is from the first generation of the RX-7, with its unique streamlined styling that included pop-up headlights and a glass liftgate in the rear that added to the car’s versatility.

The RX-7 is powered by a 1,146 cc rotary engine, also called a Wankel after its German inventor, that generates 100 horsepower. Not a powerhouse, but the lightweight coupe was known for its high-revving performance. Fuel mileage was never great with these engines, but that’s not really why you buy a sports car.

From their beginning in 1978, these cars quickly gained a reputation as being loads of fun to drive, as well as taking their place on the race track where their low-displacement engines and agile handling made them formidable competitors in the under 1,500 cc classes. There were even amateur racing classes created specifically for the RX-7.

That modest price tag mentioned earlier is just $7,995, which seems like a bargain for this rare low-mileage original in apparently great condition and ready for a back-roads romp.