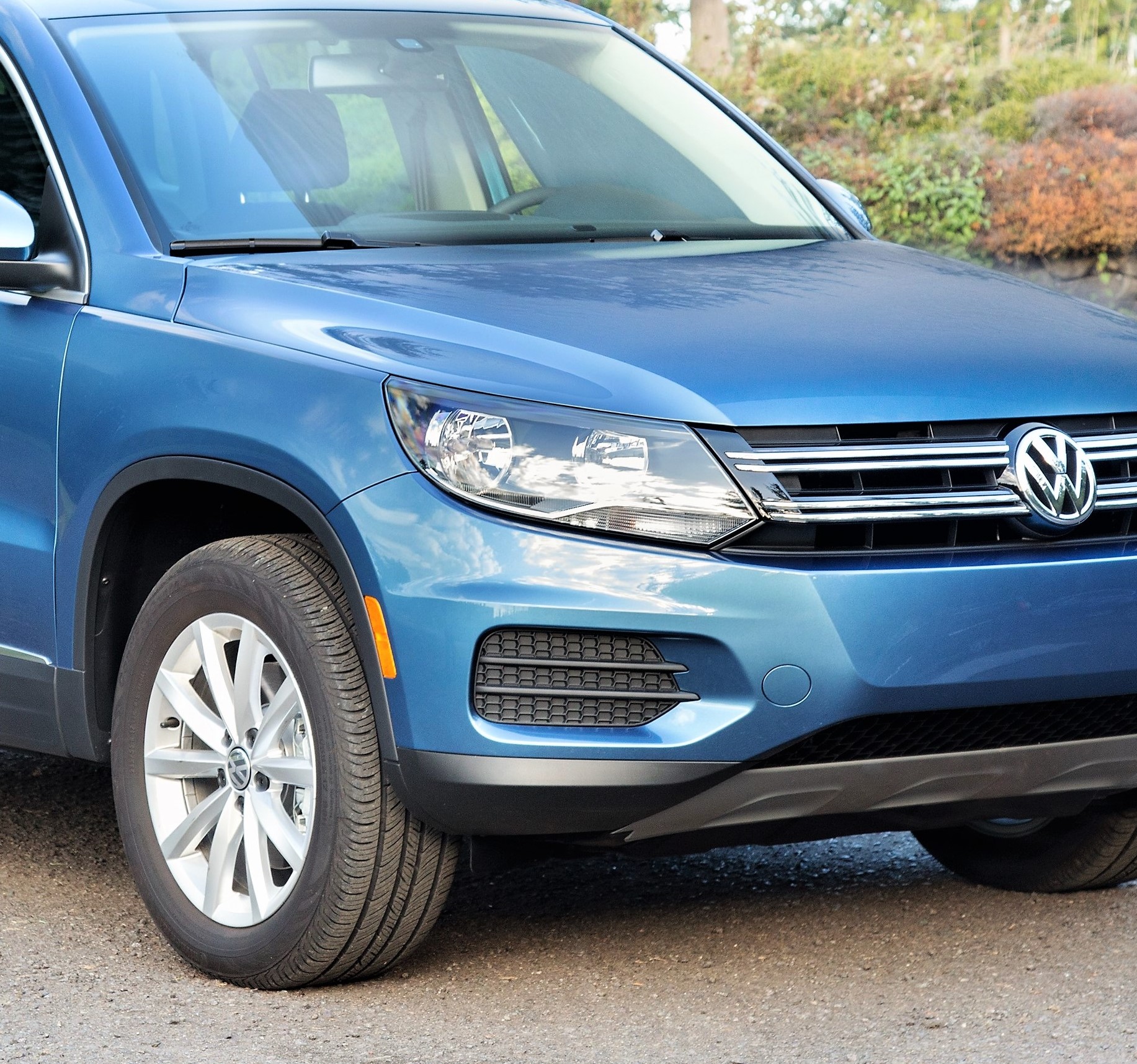 The Volkswagen Tiguan is a modest-looking compact SUV in a market in which extravagant styling and trim are major selling points. The interior is pretty standard stuff, too. Nothing to get excited about.

But what Tiguan lacks in panache it makes up for in drivability. This is what Volkswagen does well, presenting a car or SUV that feels solid and performs above par. The 200-horsepower 2.0-liter turbo four is lively, the steering is quick and precise, and the handling is surperior for this popular class of little truckette.

While not as agile as a Golf, nor as accommodating as a Passat, Tiguan does fulfill its role as an alternative compact crossover utility vehicle for hipsters who find Honda CRV, Toyota Rav4 or Chevy Equinox too run of the mill. The VW thrives on reverse snobbery.

Still, Tiguan seems a tad mundane compared with the competition and is crying out for an update. Good thing there’s an all-new version coming for 2018 with more-expressive styling and based on VW’s MQB architecture that will underpin all of the German brand’s vehicles. It also will be bigger and offer an optional third-row of seats.

But for now, the current model soldiers on, a small SUV even in this class of diminutive wagons. While this extra-tall driver found comfort behind the wheel, the back seats were tight and cargo space was marginal. Most other brands already have upsized their compact utes, and VW seems a bit behind the curve.

The front-wheel-drive Tiguan test vehicle was the base S model, which is offered for less than $25,000, about what competitors ask for their base models. As such, it comes equipped with enough power and convenience features for all intents and purposes, although a move up to the Wolfsburg, Sport or SEL models would be beneficial, though costlier, topping out around $36,000 for the all-wheel-drive SEL.

The trim seems high-quality for a base model, with soft-touch dash and doors, and attractive-looking controls, although the overall interior appearance is dull. The dashboard was well-equipped with a video screen, but the audio system sounded cheap and the little round air vents are weird-looking and ineffective.

The turbo-four, standard in all models, provides plenty of usable power with torque coming on immediately. The six-speed automatic shifted crisply and downshifted quickly on throttle command. EPA fuel mileage for the front-wheel-drive model is decent though not terrific, at 21 city, 26 highway and 23 overall. All-wheel drive is available for all models.

Handling is fairly crisp for this class of high-profile SUV, no doubt helped out by the set of Pirelli Scorpion tires on the test VW. Standard equipment? Must be since these premium performance tires are not even noted on the window sticker.

Some drivers and passengers might find the ride a trifle too firm and buffeting, especially compared with the cushy suspensions most-often found on compact SUVs. It felt OK to me, but I favor a fairly stiff ride; others might not.

The Tiguan S is priced at $25,755, all in including shipping, which seems like a decent bottom line for this nice-driving little wagon. Nothing fancy, but with a quality feel and responsive drivability.