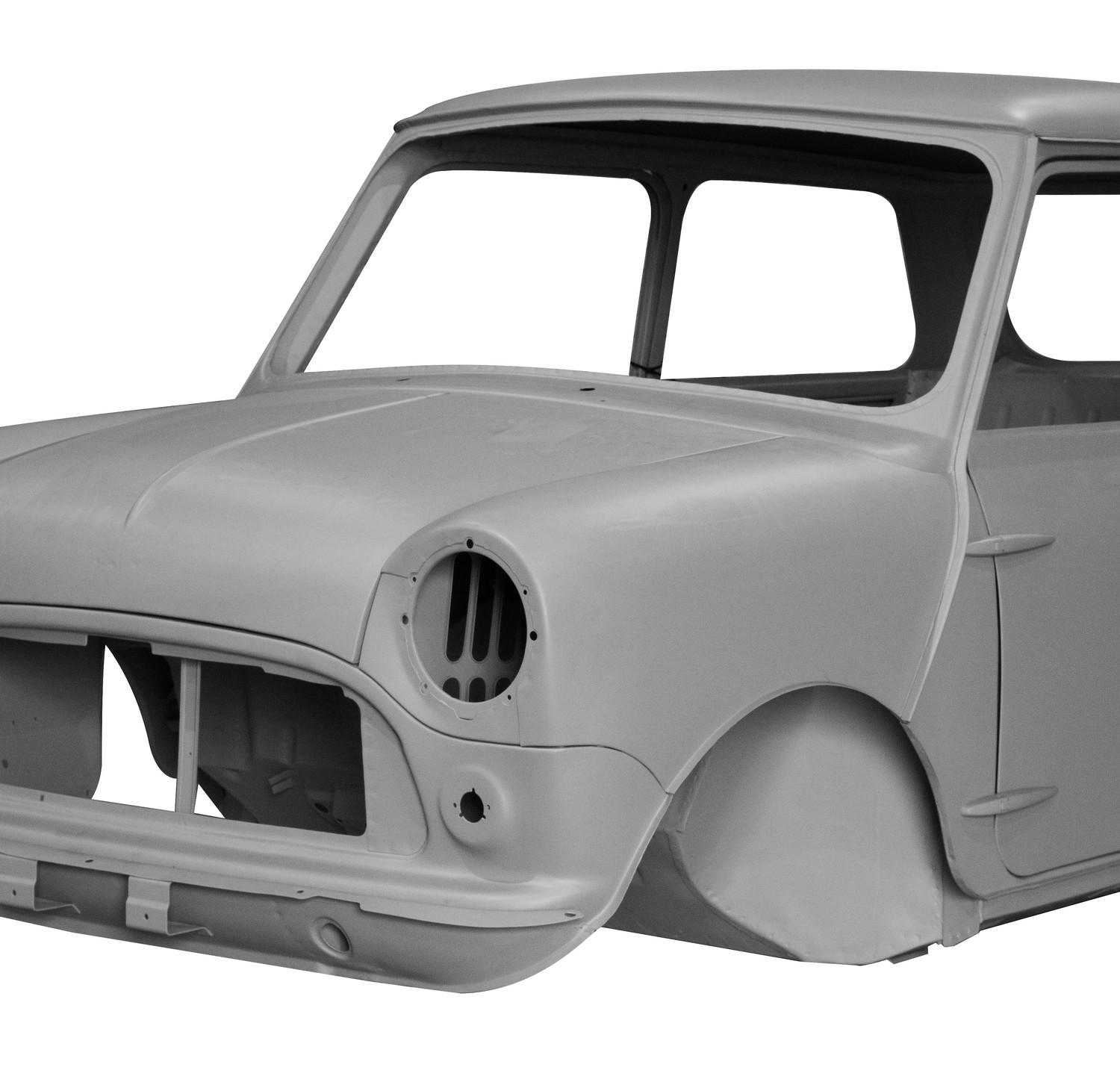 Complete body shells for the iconic first-generation Mini Mk 1 will soon start production by British Motor Heritage. The company that long has supplied replacement bodies for later Mini models from 1976 on, as well as repair panels for the early models, plans to start production of Mk 1 bodies in April.

The first batch of 15 bodies, which replicate those of the innovative Minis that were introduced in 1959 and became emblematic of 1960s British culture, are set for delivery in May and June. They allow restorers to create an essentially all-new Mini without concerns of rust or accident damage.

BMH produces replacement bodies for a host of British sports cars, including MGB, MGR V8, MG Midget, Austin Healey Sprite and Triumph TR6. The new Mini body was shown to the public in November at the NEC Classic Motor Show in Birmingham, England.