‘Motoring thru Time’ presents history on a roll in Phoenix 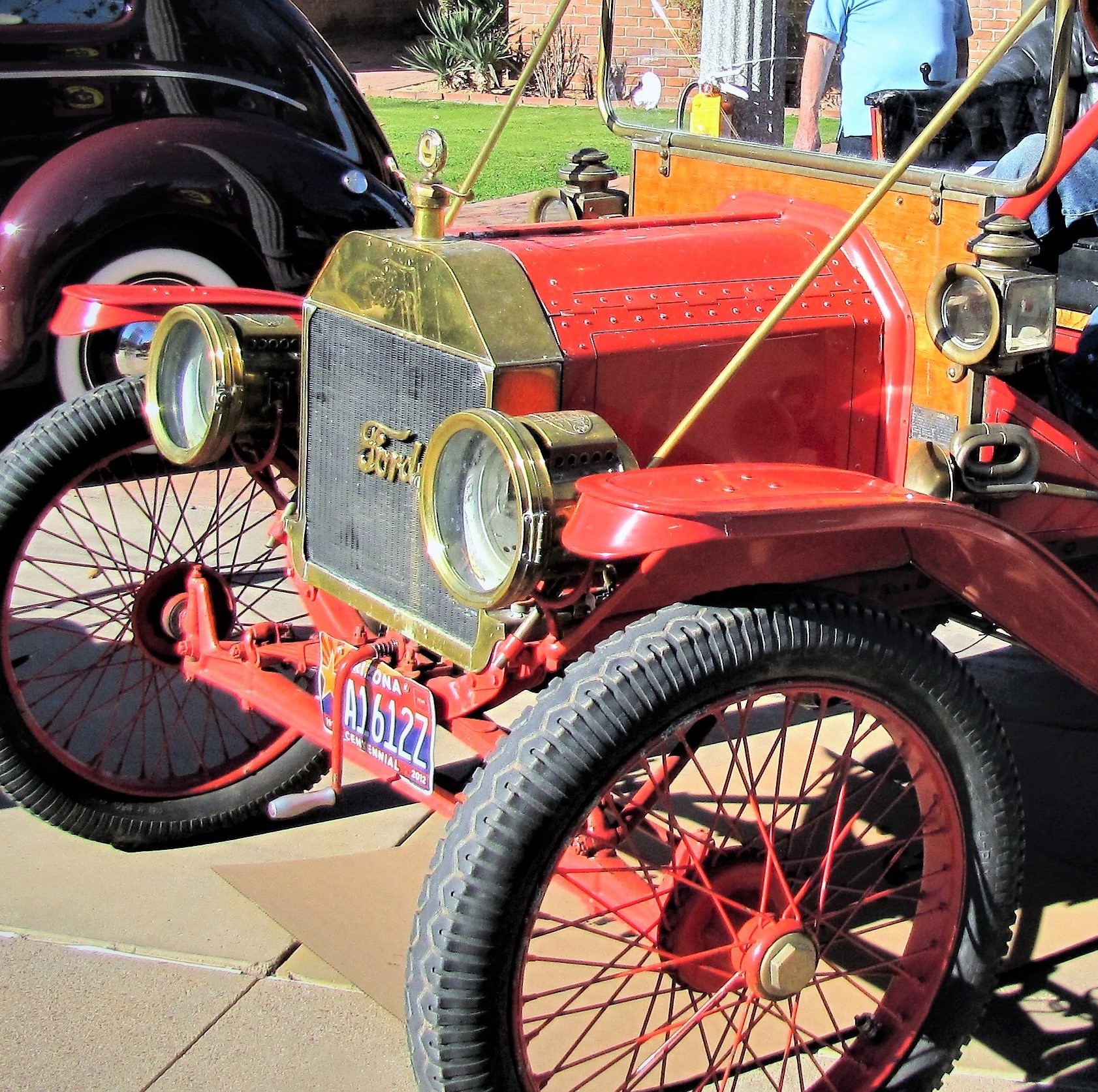 The city of Phoenix grew up around the automobile, sprawling out across the broad desert valley where ancient Native American tribes had created farming communities linked to canals. Now, the links are highways, and the Phoenix metro area is home to about 4.6 million people.

Phoenix also is one of the few cities in the country to support its own vintage-car celebration, “Motoring Thru Time: Where the transportation past meets the future,” hosted every February by the city’s Parks and Recreation department.

A happy couple drives past the Rosson House Museum

Last Saturday, the city welcomed a hodge-podge of about 100 cars and trucks ranging from 100-year-old antiques to street rods and sports cars, even vintage travel trailers, spread out in the Heritage Square cultural and historic venue in downtown.

The Victorian-era Rosson House Museum, one of the city’s oldest homes, served as the focal point of the “Motoring thru Time” displays, a fitting backdrop for vehicles that once might have chugged past on daily errands. The 1895 mansion and the other historic buildings on the site contrast with modernistic architecture of the Arizona Science Center and Phoenix Museum of History and Science, much as the old horseless carriages contrasted with the aerodynamic shapes of later cars.

Most of the owners stood by their rides, giving tours and explaining their sometime-primitive features. Among them was antique-car guru Alan Travis, who joyfully explained the nuances of his 1909 Delage to passersby. Red with gleaming brass features, the French runabout was a luxury car in its day, Travis said.

“This was one of the most advanced cars built at that time,” he said.

While the owners showed off their cars, Phoenix showed off its famous winter shirtsleeve weather, in the 70s as the folks back East braced for another onslaught of snow.