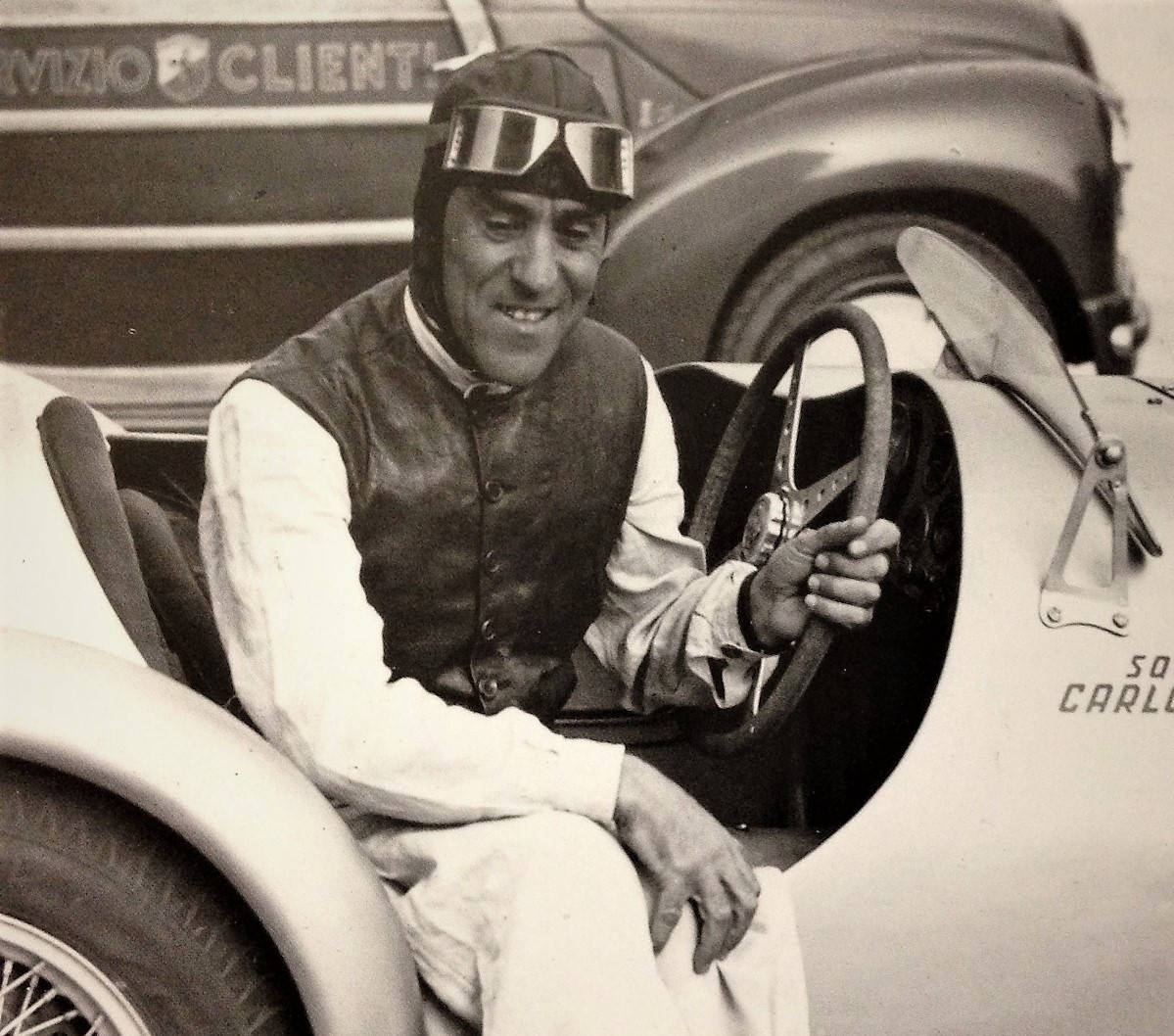 The 1950 Cisitalia-Abarth 204A Spyder Corsa to be offered by Motostalgia at its Amelia Island auction in March is an awesome grand prix race car in its own right. But add its incredible provenance with some of motorsports’ greatest personalities and the silver projectile stands as a significant piece of racing history.

The 204A was the first car registered by performance designer Carlo Abarth under his own Abarth Co. Chassis 04/08 was one of the last cars that Ferdinand Porsche helped create before starting his own sports car company. It also was one of the last three cars that Cisitalia produced before owner Piero Dusio shut down the company.

But perhaps most significantly, the Spyder Corsa was raced by one of the most-revered drivers of all time, Tazio Nuvolari. The Cisitalia-Abarth was first raced by Nuvolari in the 1950 Targa Florio, and was the last car that he drove to victory, in the 1950 Palermo Monte Pellegrino race. Nuvolari, whose racing career started in 1927, died of natural causes in 1953.

Cisitalia was a short-lived but influential automaker, and its track and street automobiles are highly coveted by collectors for both their style and performance.

“The marque Cisitalia was founded by the bigger-than-life vision of Piero Dusio, who paid to release Ferdinand Porsche from a French Nazi prison to work under Cisitalia to create some of the most iconic and historically important post war European sport cars,” according to a Motostaliga news release.

“With models like the 202 honored in the New York Museum of Modern Art as one of the most beautifully designed automobiles, this 204A last raced by Tazio’s Nuvolari and the 360 Grand Prix project that ultimately bankrupt his company, Compagnia Industriale Sportiva Italia, Cisitalia made a mark in history as one of the most impressive and historically important Italian automaker that only had a very short production life.”

After Nuvolari, this Cisitalia-Abarth continued to compete in such races as the 1950 Mille Miglia and the Gran Premio di Napoli, winning the Grand Premio di Pergusa and Buenos Aires 1000km, among its 18 grand prix races between 1950 and 1958. At the 2012 Mille Miglia, it was awarded the Premio Speciale as most historically relevant automobile.

The Spyder Corsa is fully documented with Abarth Classiche, FIA passport, FIVA card, original documents and extensive period photography, according to Motostalgia. There is also a short 1950 video of Nuvolari behind the wheel.