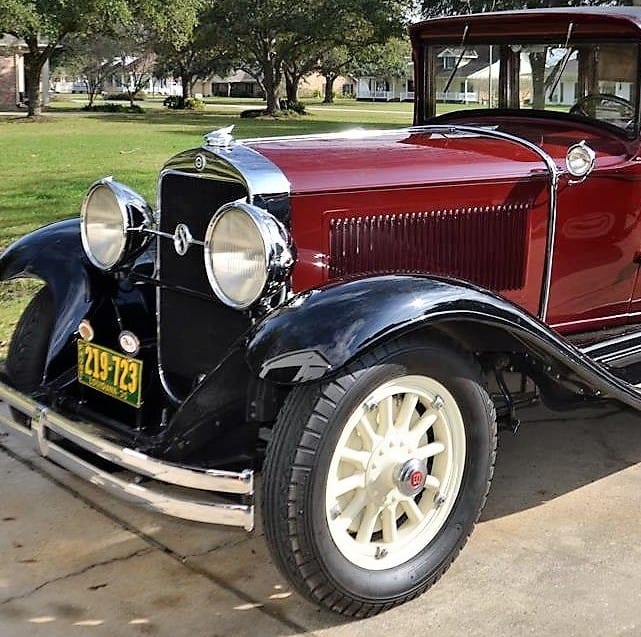 For most of today’s old car hobbyists and collectors, pre-World War II classic cars are vestiges of the distant past, vehicles that were before our time, that we never experienced or desired when they were actually on the road. But as tastes mature, there is a growing appreciation for the wonderful antique automobiles that range back to the start of the 20th Century.

The Pick of the Day, a 1930 Studebaker President four-door sedan, is a Full Classic included by the Classic Car Club of America in its list of recognized automobiles. As such, it’s in the company of such top-drawer marques as Duesenberg, Bugatti, Pierce-Arrow, Hispano-Suiza, Packard and Delahaye, among others built between 1915 and 1948.

But unlike those, which can garner high-six- and seven-figure price tags, this Studebaker, even in its recently restored condition, is fairly affordable, priced under $50,000. Not bad for a beautiful Classic Era sedan powered by a straight-8 engine that set speed records during the 1930s. It’s also a car that could be used for tours and rallies, running at highway speeds with minimal stress.

“This is the result of a six-year frame-off restoration,” says the private seller in Houma, Louisiana, listing the Studebaker on ClassicCars.com. “It has a 337 (cid) straight-8-cylinder engine with new babbitt rod bearings and a new oil pump. The body is laser straight. Paint is burgundy and black urethane.”

Since its restoration, the Studebaker has won some awards, the seller says, including a first-place junior at the Antique Automobile Club of America in Tennessee in 1914 and a first-place senior prize at the 2015 AACA meet in Los Angeles.

Generating interest in pre-war classics among younger car collectors has become a major push in recent years, with such groups at the Historic Vehicle Association and the RPM Foundation introducing drivers going back to high school age to the joys of piloting ancient machinery.

Learning the fading art of shifting a manual transmission is part of the fun; Hagerty collector car insurance and valuation has a traveling program that introduces novices to clutches and shifters.

I had such an experience a couple years ago in Amelia Island, Florida, when I got to drive a wonderful 1934 Buick 96 convertible. Not that I’m one of the youngsters, but like most Boomers, my old-car interest has been mostly focused on post-war cars, sports cars in particular. The sheer pleasure of driving this great classic was a revelation, and still memorable.

This great-looking Studebaker, which the seller says is standing on new tires and ready to drive anywhere, is priced at just $46,900, which would gain you entry into the whole range of CCCA activities, plus hook you up with people who get the appeal of classic motoring.