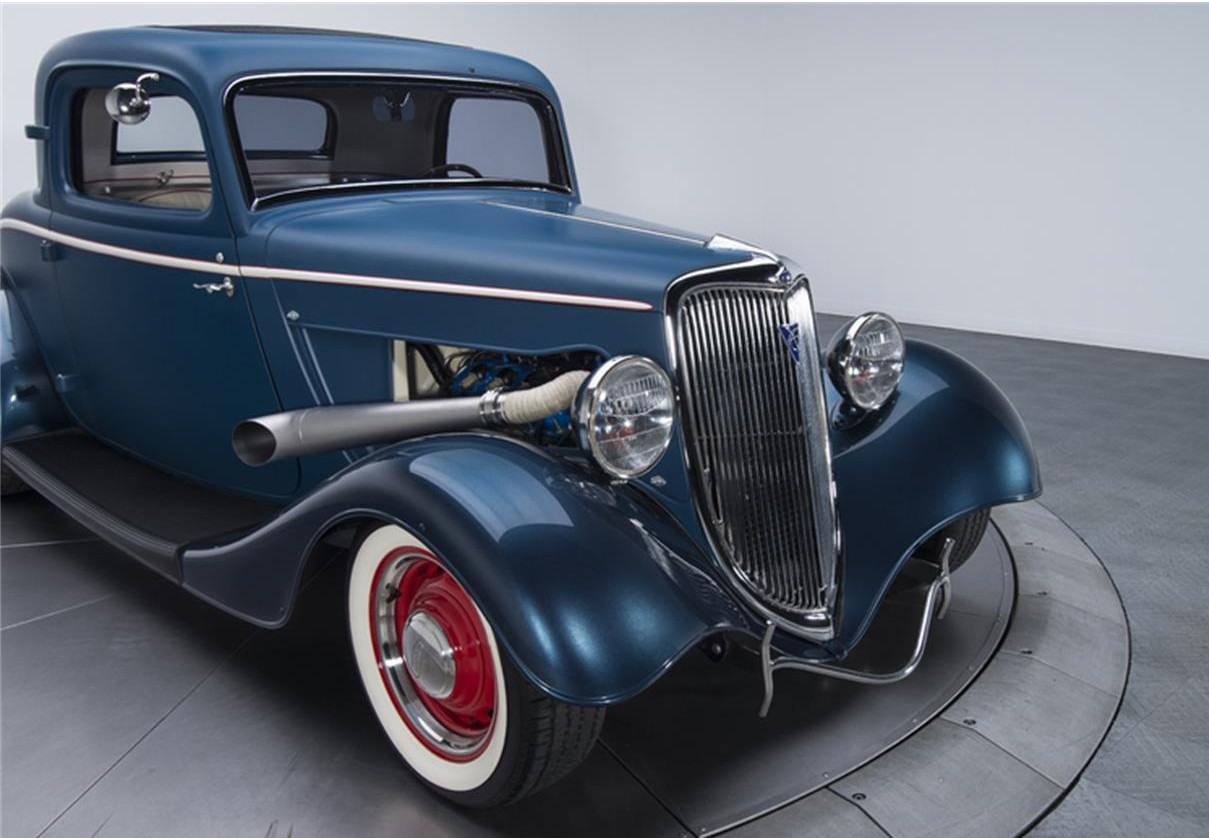 With the recent Grand National Roadster Show in Rancho Cucamonga, and the Classic Auto Show in Downtown Los Angeles, it’s hard not to look at show-stopping custom roadsters.

The Pick of the Day, a 1934 Ford Coupe, certainly meets show stopping criteria – it has been featured in Hot Rod Magazine and won Best of Show at the 2009 SEMA show – but the most attractive element of the coupe is that its “powered by EcoBoost.”

We are all pretty familiar with Ford’s EcoBoost technology, or at least have heard the term tossed around, but it’s still a relatively new concept that made its debut on production vehicles in 2009, the same year this coupe was built. This coupe comes as the result of a joint venture between the coupe’s accredited builder, Detroit Street Rods, and Ford Motor Company to promote the 3.5-liter EcoBoost V6 that powers such Ford vehicles as the current-generation Taurus.

According to the listing on ClassicCars.com, the engine in this street rod was the first EcoBoost powerplant to be “adapted for use with rear-wheel drive; not an easy task considering the engine’s transverse design.”

The engine gets boost from two Honeywell turbos. Behind them, a large-diameter tube feeds a FoMoCo throttle body, which fronts an intake manifold while the valve covers adorn modern coil packs with factory direct injection. Other highlights of the engine, which only has 458 miles on it, include ceramic-coated headers and a tall Be Cool radiator.

A Tremec TKO 5-speed transmission is hooked to the EcoBoost engine, feeding power to a Ford 9-inch rear with 3.90 gears.

Suspension components include a Heidts triangulated 4-link suspension, adjustable QA-1 coil-overs, and a polished sway bar which is connected to a Roadster Shop chassis, the seller states. The car has manual rack-and-pinion steering along with power Wilwood calipers, and a set of 15-inch Wheelsmith artilleries.

“And a high-octane soundtrack is provided by Hi-FLO custom exhaust,” the seller says, adding that the other sound system is custom exhaust utilizes glasspack-style mufflers between polished Mandrel-bent pipes.

The bodywork is made up of sheet medal from Experi-Metal Inc. sheet metal, coated in smooth blue bases, dashed with red and pearl stripes and finished in a trick combination of gloss and matte clear coat, according to the listing. The front of the coupe shows a “Ford” branded grille with a custom “V6” emblem between dual-mode headlights, a polished radiator topper and a quaint bumper.

This unique roadster is listed by a dealer in Charlotte, North Carolina for $129,900.

To view this vehicle on ClassicCars.com, see Pick of the Day