4 things we loved about the classic auto show 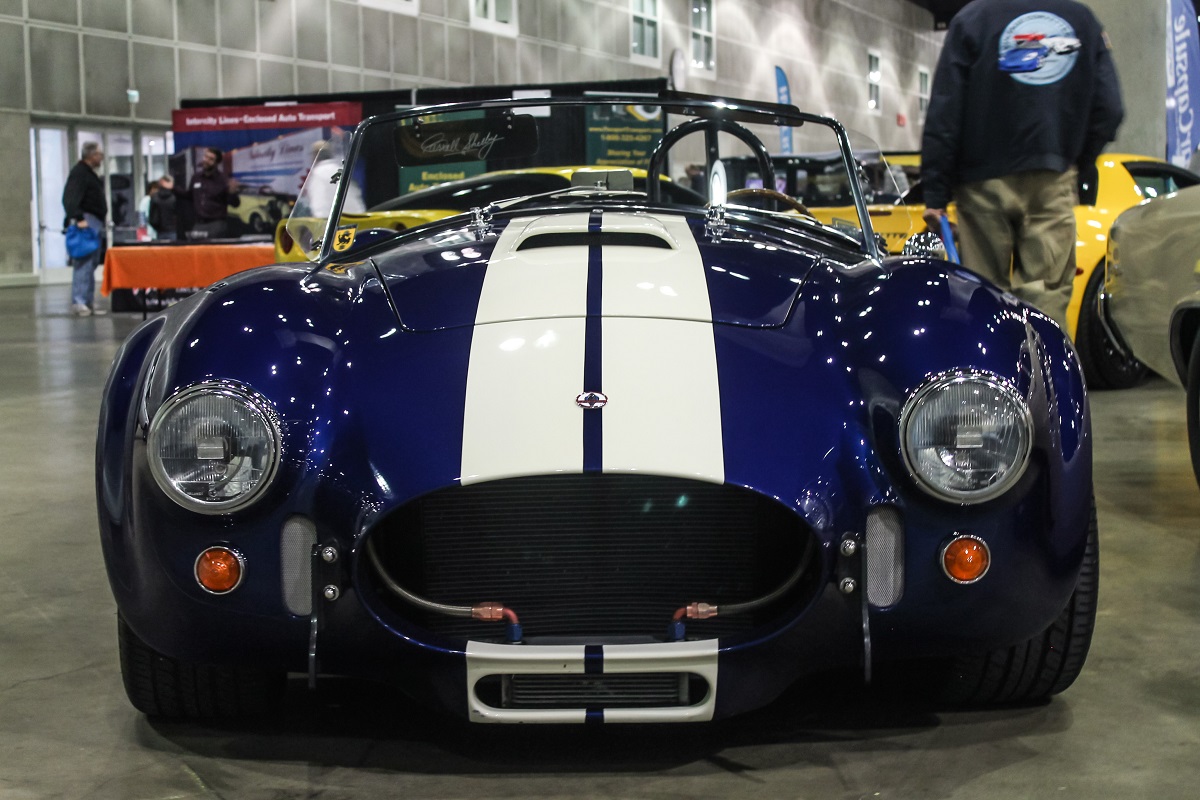 Los Angeles is home to a very rich and vibrant car culture, one including everything from pristine and preserved classics to custom creations and modified future classics. It is considered a major hub for the automotive scene and who doesn’t dream of driving the PCH along the Southern California coast?

Last weekend, the South Hall of the Los Angeles Convention Center was the site of the inaugural Classic Auto Show, inspired by its British counterpart — the Classic Motor Show, and organized by Clarion Events, the driving force behind the British original, though in this case in collaboration with Urban Expositions. Between those two organizing companies, experience is abundant and includes over 200 events in 35 countries in a variety of genres.

While some comments have been made about the event occurring the same weekend as Grand National Roadster Show in nearby Pomona, the inaugural three-day Classic Car Show brought together some of the Velocity channel’s most recognized stars from car-themed shows as well as industry pioneers, game-changing vehicles, and several California car clubs.

There was something for everyone

Prior to the event, the Classic Auto Show promised attendees they would see “the rare and unusual, pristine and project cars, those that were loved and some that were hated” and assured there would be something for every type of automotive enthusiast. The show not only kept that promise but surpassed expectations and brought together cars from the United Kingdom, Japanese cars, European cars, and American cars, a total of 600 vehicles took part in the show.

The Historic Vehicle Association brought the first Meyers Manx and the 1962 Willys “Jeep” CJ-6 that was owned by Ronald Reagan.

Cars from the Margie and Robert E. Petersen collection included the 1925 “Round Door” Rolls-Royce with Hooper body, a 1927 Rolls-Royce Phantom town car by Hooper, a 1929 Du Pont Model G Speedster by Merrimac, and a Ray Brown 1932 Ford Roadster.

The Malloy Foundation showed a 1975 Jorgensen Eagle Formula 500 race car, among others, while Velocity stars brought a few cars of their own, including the Ford “Moal” Speedway Special owned by Wayne Carini of Chasing Classic Cars, a 1956 Ford F100 and the “Madam X” 1939 Cadillac 60 Special from Chip Foose of Overhauling, while Dave Kindig from Bitchin’ Rides showed a 1955 Chevrolet Nomad and a 1968 Chevrolet Camaro.

Car clubs were in abundance

Speaking to the diversity, car clubs comprise people who drive the hobby and bring it to life with their passion. To accompany the museum cars and those almost never shown by their collectors, local car-club chapters brought their cars to fill the hall and stood by them eager to tell those who listened everything about their vehicles and clubs.

The Cars from Yesteryear Club

Other clubs in attendance were theme- or activity-based, including he Cars & Cruise Car Club, the Crusaders, Great Autos of Yesteryear, Hot Paint 4 U, Illustrious, the Kronies So Cal Car Club, the Crazy 8s Car & Social Club, the Road Kings of Burbank, the So Cal TRIBE Car Club, Suicide Kings, Sultans of Long Beach, and the Television Motion Picture Car Club.

There was indoor vintage racing

Vintage races were fun for all generations

One of the biggest crowd-drawing events during the show was the Vintage Trans-Am indoor racing. Of course, the cars were built to 1/10th scale and remote controlled versions of popular late ‘60s and early ’70s cars used in the series.

The racing portion of the event was conducted and organized by Cal Raceway, a permanent asphalt RC track that wanted to show how fun RC racing can be.

The raceway used RC cars with realistic bodies matching those of the Trans-Am series and with a lot of wheel-to-wheel action with frequent crashes. It was appealing to spectators of all ages in addition to new and old racers, alike.

While the vintage Trans-Am cars were the draw, there also were Formula One and expert and rookie sedan classes.

The Velocity channel played a major role in the show and brought together its most popular show hosts for panels, Q&A sessions and autograph opportunities. Chip Foose, Chris Jacobs, Dave Kindig, Mike Brewer and Wayne Carini were all accessible.

Also featured where Mike Phillips, an expert at detailing and paint restoration, Caey Annis of Vintage Racecar and the Bruces Meyer and Meyers.

The second Classic Auto Show has been scheduled for March 2-4, 2018.