Reborn Alvis to be on display at London Classic Car Show 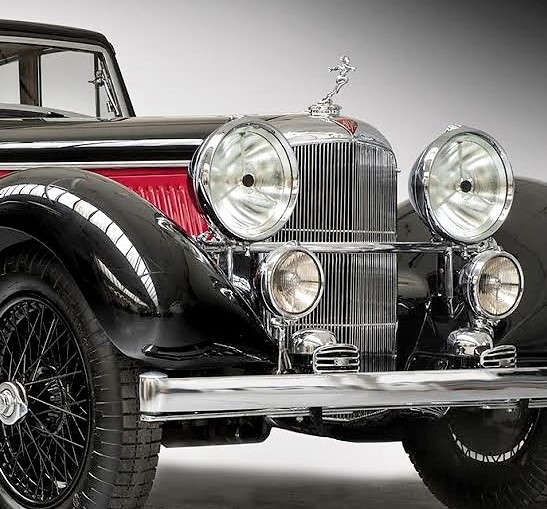 Fifty years after it stopped building cars, the famed British brand Alvis has returned with a series of continuation models that celebrate the marque’s road and racing successes of the past. These cars, and the historic originals that inspired them, will be shown February 23-26 during the London Classic Car Show.

Among the vintage Alvis cars on display will be a stunning 1966 Graber-bodied TF21 and a 1937 4.3 drophead coupe (convertible) with Lancefield coachwork. Both of these cars are being replicated for Alvis customers.

Other cars at the show that are available as Alvis Continuation Models are the Bertelli-bodied 4.3-liter Sports Coupé from 1935 and a 1931 Brooklands race car known as the Powys-Lybbe Special.

“Unlike some marque revivals, The Alvis Car Company isn’t simply attaching the famous ‘Red Triangle’ badge to the front of a modern supercar but instead is re-creating genuine supercars from an earlier age,” according to a news release.

The replicated sports and racing cars are being built as they were in the day but with British highway regulations in mind, the company says.

“Our Continuation Cars are as close to the originals as we can get,” Richard Joyce, managing director of The Alvis Car Company, said in the release. “We have had to make some modifications to ensure they comply with current Individual Vehicle Approval regulations, but essentially the idea is to give owners the same supercar driving experience that owners had when the cars were new. And when you bear in mind that the 4.3 Tourer had a 0-60 mph time of 11.3 seconds back in 1938, there’s no denying these were the supercars of their day.”

The London Classic Car Show is an annual event that has grown to include more than 700 vehicles on display. New for this year are the Grand Avenue’s Open Paddock and the Beaulieu Pop-up Autojumble, the British term for automotive swap meet.

Another show within the show also has been added, the Historic Motorsport International, focusing on historic racing and rallying.

For information about the London Classic Car Show, visit the event website.