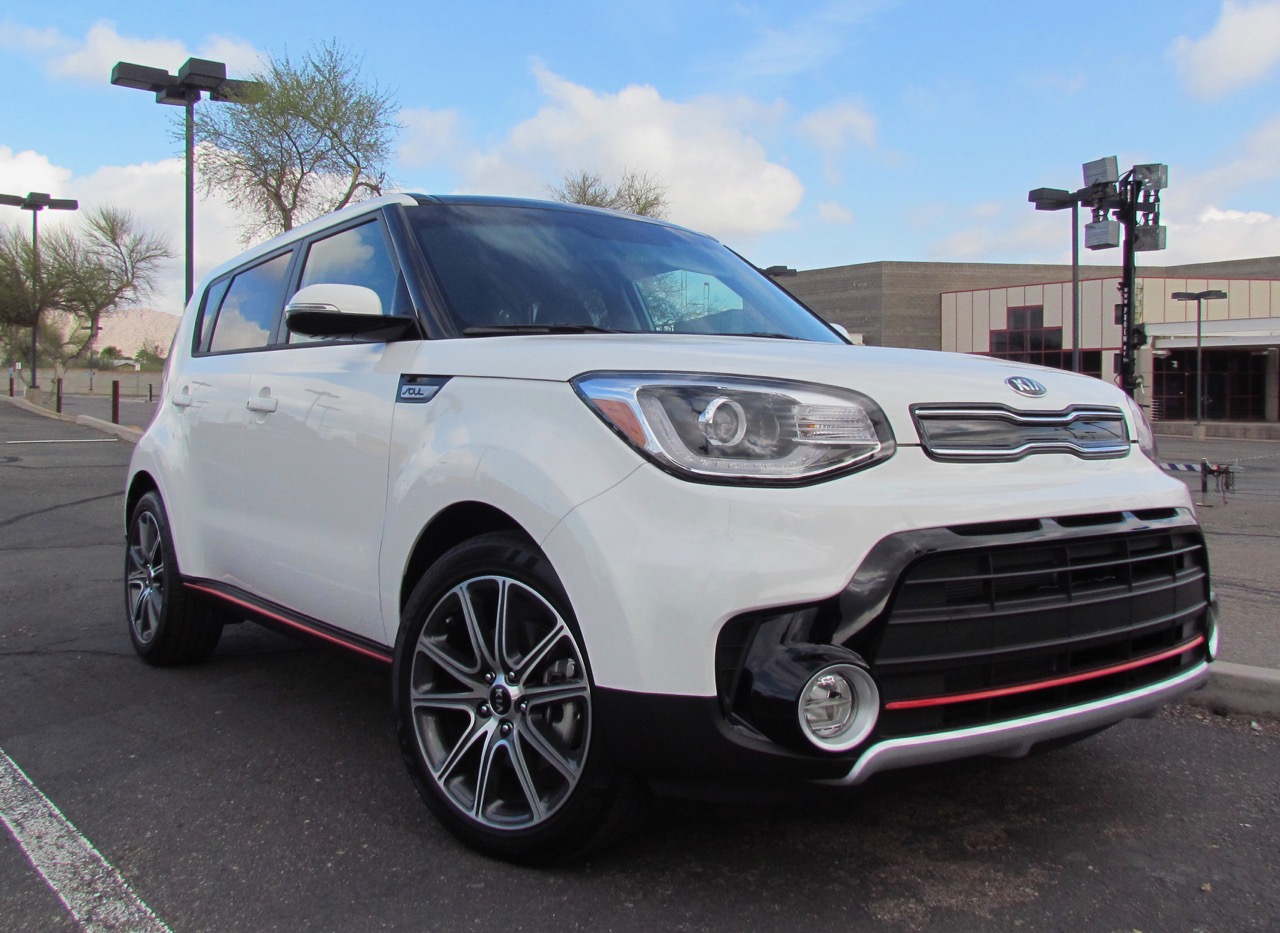 I think Kia puts the exclamation point in the wrong place. The name of this car should be 2017 Kia Soul Turbo!

I’ve always liked the Kia Soul, and the spunky little box on wheels has gotten better and better, not only with each new generation, but with each model- year update.

The car was made popular by using hipster hamsters in its television commercials, and its appeal to the millennial generation was enhanced with big front audio speakers that not only glowed but changed color as they danced tune with the beat to whatever music was playing — and playing loudly.

But it wasn’t only young drivers who liked the car. As I said above, and I’m a relatively early post-war Baby Boomer, the car had spunk and was fun to drive, even if you were listening to NPR instead of some electric rock.

And things only got better with the introduction of the second-generation Soul, what with a wider track and better dynamic capabilities.

Now we get not just the Soul, or even the Soul+, but the Soul!, which the automaker says is the symbol for its Soul Exclaim package.

Although there is no “turbo” badging on the car, there is some red trim and apparently signals those in the know that your Soul is powered by a 1.6-liter, gasoline-direct injected four-cylinder engine which has its performance boosted by a turbocharger. Oh, and that engine is linked to a seven-speed dual-clutch automatic transmission that responds the way you’d want were you flicking a manual gearbox.

And that’s not all, The rear track is half an inch wider than up front, where 12-inch brake rotors are mounted to help keep things under control. The car also rides on wider, 18-inch wheels with rather grippy 234/45 tires. It also gets a chromed, twin-tip exhaust system.

There’s also a button on the steering wheel that lets the driver shift into Sport mode, which not only bumps up rpm but nicely adjusts shift points.

The base price is $22,650 and with a little aftermarket suspension work the Soul! could be a real pocket rocket, albeit one that is a terrific vehicle for your daily commute or, with room in the back seat and beneath its rear hatch, a great road-trip machine.

Speaking of trips, I drove for a week, made good use of the Sport mode, and averaged 33.6 miles per gallon in a car that the EPA anticipates would average only 31 on the highway and 28 on average.

Add in optional rear floor mats and delivery charges and the as-tested price is $27,620 for a car that’s a hoot-and-a-half to drive regardless of your generation.

The turbocharged Kia Soul is a car worthy of its exclamation point!