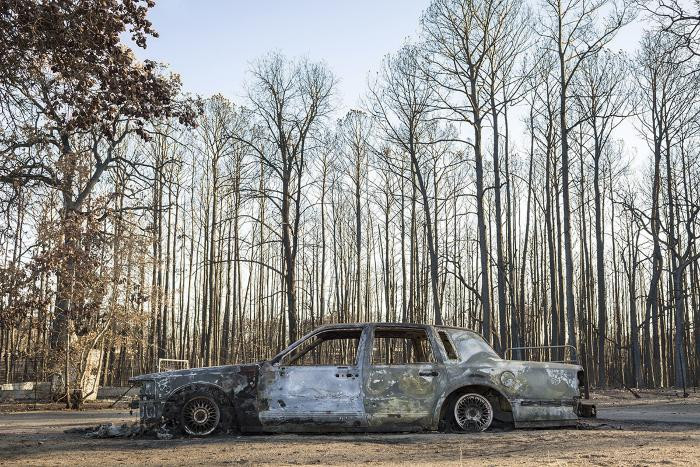 According to the museum, the car is a symbol of freedom and an emblem of America’s pioneering spirit. The exhibit looks at the role of the car in a range of contemporary art, from the nostalgic depictions of vintage cars by Charles Buckley and Ruth Shively, to the paintings set in urban and rural landscapes by Beñat Iglesias López, and Victor Honigsfeld and the hyper realist cityscapes painted en plein air by Valeri Larko..

Saturday evening, as a highlight of the 2017 Grand National Roadster Show, the NHRA Museum is hosting an exclusive sneak-peek at a restored streamliner.  This will include a look inside the restoration process from builder Dan Webb, and Doug Herbert and family, followed by a casual dinner in the outdoor Redwood Grove and concluding with an exclusive after-hours tour and private viewing of the NHRA Motorsports Museum.

The National Corvette museum heads to Seattle, Washington, for an adventure-filled weekend July 26-30 with sights including Mount Rainier, the LeMay museums, Museum of Flight, Seattle Center (with Space Needle), Pikes Place Market and more. Registration is $1,890 for single occupancy, and an additional $340 for double occupancy. NCM Members receive a $40 discount.

The Auburn Cord Duesenberg Automobile Museum in northern Indiana offers its second winter discussion series with a presentation titled “Freedom Rids, the Impact of Transportation on the Civil Rights Movement.” The presentation will take place on February 21 at 6:00 pm.

The museum also offers a presentation titled “Tucker: A Man and his Motorcar.” This car-side event will take place February 25 at 2:00 p.m.

The NCM Motorsports Park in Bowling Green, Kentucky, has announced its 2017 track schedule with events April 27-28, June 26-27, and August 26-27. Participants will be a part of a four-group program based on skill level separated into novice drivers, intermediate, advanced, and instructors. Registration is open and can be done online.