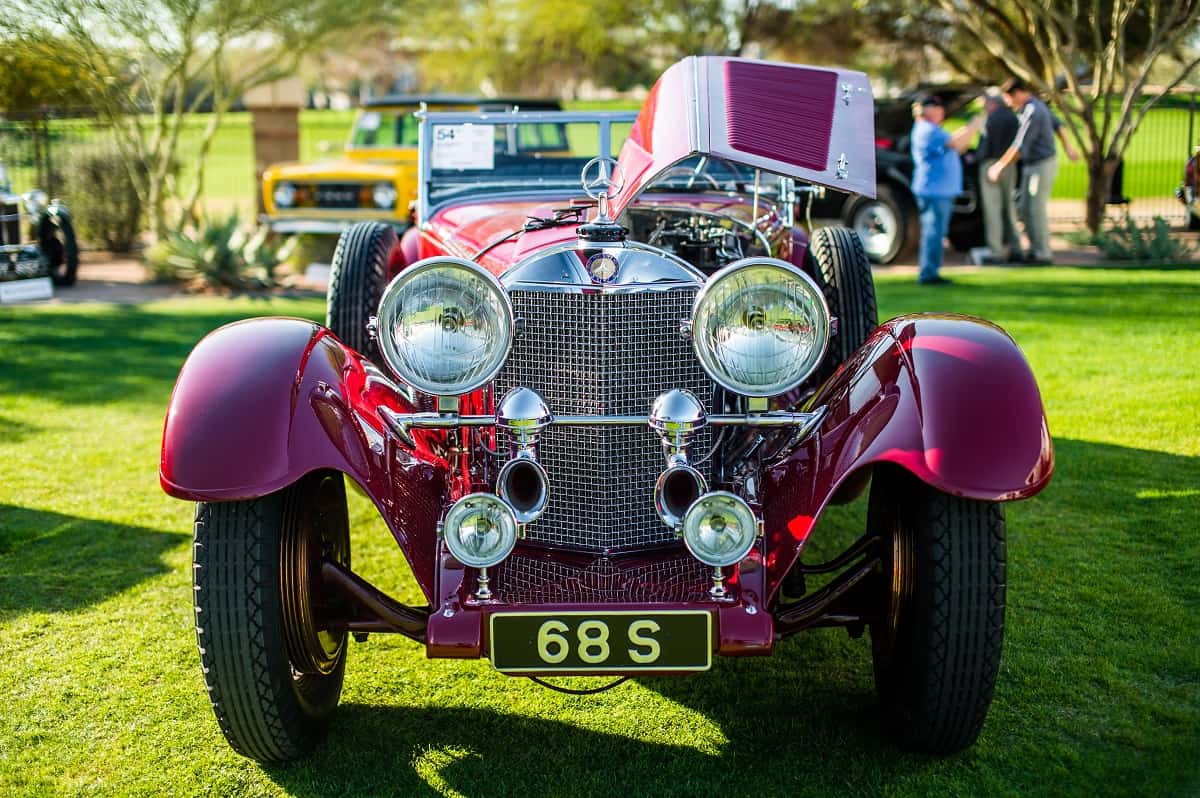 I survived 2017 Arizona Car Week. If you were here for the auctions and car shows, you know that’s quite a statement as the entire week was plagued with rain and — to a Phoenix native — very cold weather.  But that didn’t deter many enthusiasts from venturing out to enjoy the events as best we could.

Here are five things I loved about Arizona Car Week 2017:

The Arizona concours offers several panel discussions the day before the cars are out on the lawns of the Arizona Biltmore resort. The panels are usually interesting, but this year the presentation about the “Bugatti Queen” and other pioneering women racers was particularly interesting to me.

It was almost surreal to hear about the lives the women lived and their racing careers with the two of the cars they actually drove right there on stage during the discussion.

Another enjoyable part of the concours is taking a moment to chat with Alan Travis about whatever fascinating vehicle he is showing and hear about the other projects he has in the works. Travis not only brings Brass Era cars to the concours, but he dresses in period-correct clothing and encourages everyone to enjoy a hands-on approach to his more than century-old cars.

At the concours, the 1936 Bugatti Type 57SC Atlantic stole the show from start to finish. Seeing the Bugatti up close, I thought it looked like it was right out of a Dr. Seuss book. I was in awe of the stunning silver-gray-blue color and its mysterious history. It was the first of three, possibly four such cars created by the Bugatti family and estimates of the car’s worth seemed to range between $30 million to $50 million.

But the Atlantic wasn’t the only spectacular car at the concours. Every car was beyond mesmerizing and the Arizona Biltmore’s architecture only enhanced the experience.

For the second year I helped organize the ClassicCars.com Future Classics Car Show. I loved the turn out and all the conversations sparked on social media by photos and videos of the event. It also was awesome getting to work with the selected VIP cars for the display and event’s preview video.

I was able to attend all three of Andy Reid’s auction tours, one each at Barrett-Jackson, Bonhams, and RM Sotheby’s. The tour at Bonhams was my favorite because it’s a smaller venue, made even more intimate because we toured early in the week and it wasn’t as busy so it was easier to hear the pros and cons to each car. Andy also brings up things some potential buyers might overlook, like will you fit in the car, or how reliable it may or may not be, and other practical points that don’t always cross your mind.

Taking photos in the rain at Silver Auctions

On probably the coldest and rainiest day of the week, I was tasked with going to Silver Auctions at Fort McDowell to take photos and find cars for a window-shopping article. I enjoy Silver because it has cars that really anyone could afford and it’s not as high stress an environment as the auctions can be with multi-million dollar cars everywhere, and with what seems like millions of people as well. That said, I definitely rushed through my assignment because it was so cold, though the rainy photos from that experience are some of my favorites.

I have yet to encounter any Scottsdale after parties that are as intense as the infamous gatherings that take place during SEMA in Las Vegas, but Scottsdale offered a new event similar to the McCall’s airport gathering in Monterey. There’s something about jets and supercars that is just so inherently cool. I was also able to attend a party at Denali Motorsports, home of Denis Wise’s amazing car collection.