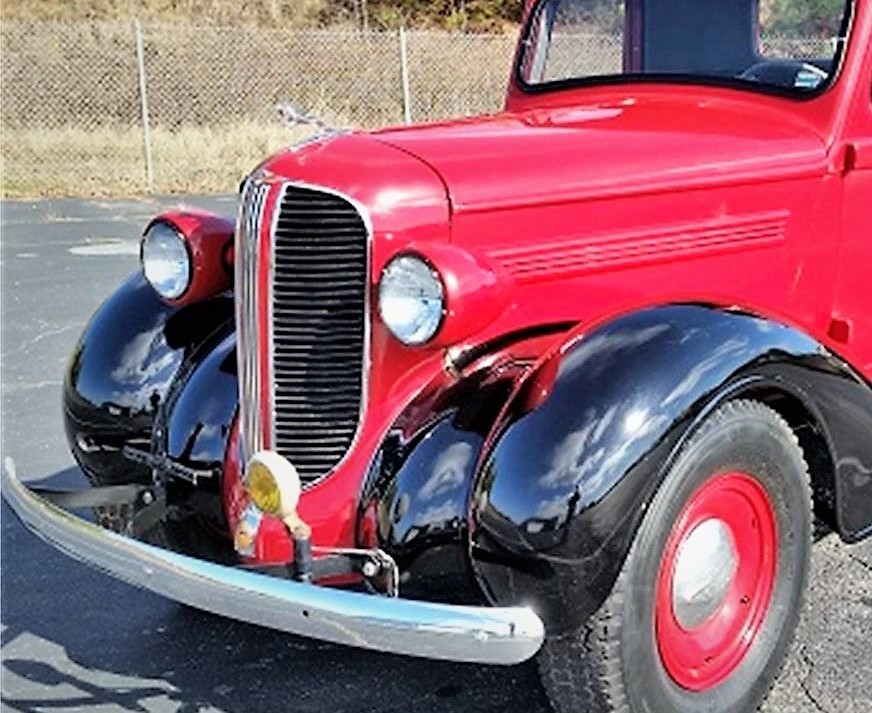 As demonstrated again last week during the auctions of Arizona Car Week, old pickup trucks are hot commodities these days, especially those that have been restored to original. It’s hard not to feel nostalgia at the sight of a shapely classic truck, which often were handsomely styled despite their utilitarian purposes.

While most vintage pickups you see preserved or restored are Fords or GM trucks, the Pick of the Day is an unusual 1938 Dodge pickup. Pre-war Dodge trucks are fairly rare, and this heavy-duty, three-quarter-ton long bed usually would have been subjected to rough hauling duties and unlikely to have survived, but this lucky one lives on.

“This is an older restoration but is still just beautiful,” says the Simpsonville, South Carolina, dealer in the ClassicCars.com ad description. “Exterior and interior show very little wear. There is no rust to be found on this truck! She starts up and runs and drives as it should.”

Red with black fenders, frame and running boards, the Dodge shows the then-popular Art Deco influence in its styling. The plain red wheels are adorned with basic hubcaps, and the simple interior has a small electric fan mounted in front of the driver as a rudimentary air conditioner. The manual floor shifter has a brightly colored knob, which was a typical adornment of its day.

What looks like the truck’s original side-valve straight-6 engine is under the narrow hood, although the ad does not indicate whether the truck’s factory parts were used in the restoration. The photo shows an engine compartment that looks pretty messy and could use a cleanup.

The odometer shows just 1,038 miles, although the seller says it is unclear whether those are miles added only since the truck was restored some years back.

The asking price is just $19,900 for this rare workhorse, which would be a welcomed alternative to all the Ford and GM trucks at the next pickup show. But don’t even think about customizing this old truck. That would be a crime.