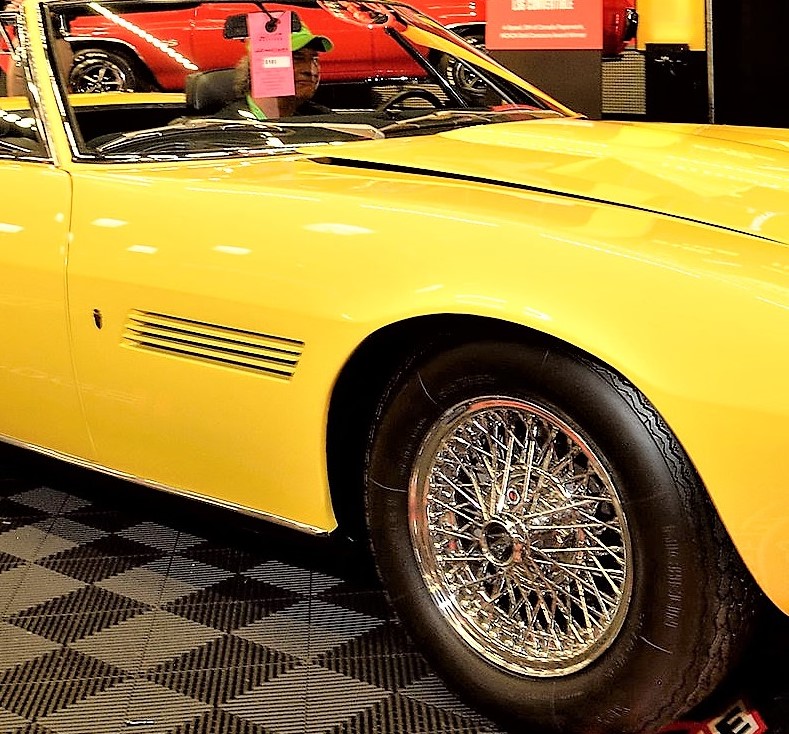 A Maserati Ghibli Spyder led Mecum’s auction of just under 2,000 collector vehicles during the mammoth sale last week in Kissimmee, Florida, considered to be the biggest annual collector car auction in the world. With nearly 2,700 vehicles offered, the auction boasted a 75 percent sell-through rate and a total of $86 million in sales, not including auction fees.

The Road Art auction that accompanied the collector car sale had a 93 percent sell-though, with 1,260 pieces of automobilia, parts and collectables sold for a total of $2.5 million, not including fees.

Additionally, ticket sales were up 20 percent compared with last year, the auction house reported, and a record number of page views during the 10-day event were garnered on its website.

But the overall results were down from last year’s.  Sales totaled nearly $95 million with the buyer fees added, compared with the year-ago record number of more than $100 million with fees added. The 2016 auction was boosted by million-dollar-plus results for two Hemi-powered Plymouth ‘Cuda convertibles and a Dodge Challenger Hemi convertible, which added about $6.6 million to the bottom line.

This year, there were no seven-figure cars. The top-selling 1969 Maserati Ghibli 4.9 Spyder hammered at $920,000. The bright-yellow Maserati was followed by a 1967 Chevy Corvette 427 convertible, the only-known 435-horsepower Vette originally painted black with a blue interior, that went for $775,000. All reported Mecum results are hammer prices without buyer fees.

The top-10 sales for Mecum’s annual Florida auction were:

(All Mecum sales results are hammer prices without auction fees)

Mecum’s next sale is its inaugural Los Angeles Auction, held February 17-18 at the Fairplex in Pomona, California. For information, visit the Mecum website.