Collector car experts explain how to stay ahead of the game 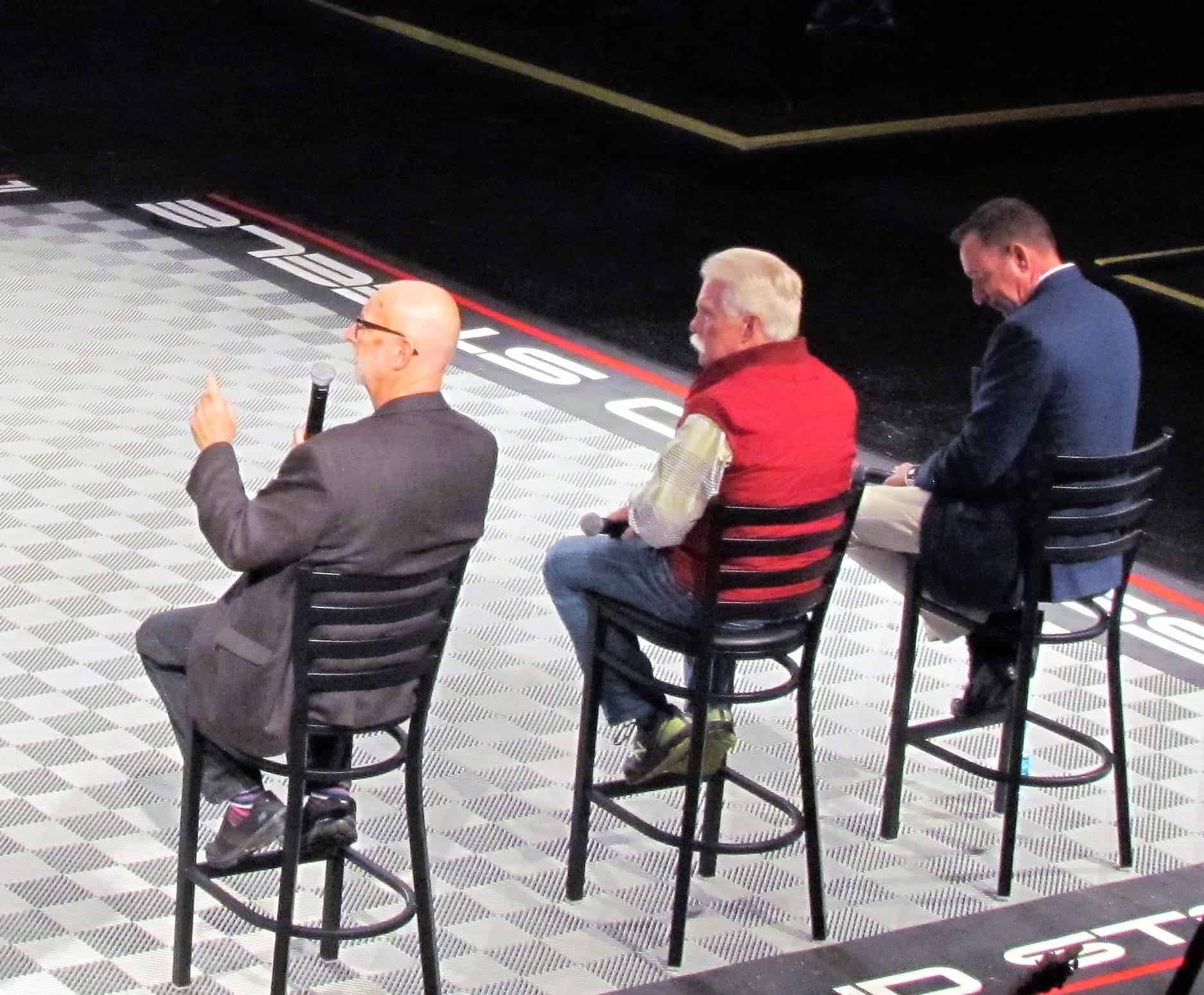 Passion rules the collector car hobby, but it’s always good to ride an upward trend and sell your automotive pride and joy for a profit.

That was the overarching message delivered Friday morning during a seminar of collector car industry experts entitled “Revving up Your Investments with Collector Cars,” presented by Coker Tire at the Russo and Steele collector car auction in Scottsdale, Arizona.

Clustered around the arena where hundreds of collector cars would be auctioned later in the day, the audience heard sage advice from Wayne Carini, a lifelong classic car collector, restorer and broker, and star of the hit TV show Chasing Classic Cars; Clint Sly, the chief marketing officer for Hagerty collector car insurance and valuation; and Larry Edsall, veteran automotive writer, editor and author, and editorial director of Classic Car News at ClassicCars.com.

Moderating the discussion was Wade Kawasaki, the president of Coker Tire, which supplies classic and hard-to-find tires for collector car enthusiasts.

“Of course I’m a passionate car collector,” Carini said, noting that he’s more often influenced by his heart than his head even though he’s in the business.

The main reason to buy an old car, he said: “There’s something about it that turns you on.”

The main reason to sell: “The love affair is over.”

But Carini and the other panelists were there to offer wisdom about buying and selling, hopefully fueling your hobby so that it’s at least self-sustaining. The major piece of advice was to know ahead of time what you’re getting into, both in terms of the vehicle’s condition and its relative value as a collector’s item.

“Research and do your homework,” Sly told the crowd, referring to value guides – especially Hagarty’s own price guide – as well as the history and special features of that object of desire. “Find out what the variations are of that specific vehicle.”

Carini countered that experience also counts for a lot in picking winners.

“After being around cars for so long, I just have a feeling for what’s a good investment,” he said.

“Blue chip cars have a close association with the movement of the stock market,” he said. “We see consumer liquidity as a leading indicator of the collector car market, about six months ahead. Muscle cars have a strong correlation with housing values.”

One of the major concerns among collectors these days is whether the following generations will be as passionate about collector cars, or could the hobby just wither and die along with the current enthusiasts? Edsall pointed out that there is plenty of evidence that Gen Xers and Millennials are following their hearts into the collector car market, provoking interest in cars from the ’80s, ’90s, and modern-era exotics, while inventing their own updated brand of hot rodding.

Edsall noted the highly successful second year of ClassicCars.com’s Future Classic Car Show, held earlier this week in Scottsdale and designed to attract a young crowd with the cars that turn them on, mainly imports that have been performance modified. The Fast and the Furious movie franchise has had its effect, but so has the old-school logic for what one finds desirable.

“You always want what you couldn’t get in high school,” he said.

But tastes grow and mature, Edsall added, so that more hobbyists and collectors of every age eventually see the charm and value of cars from an earlier time, such as pre-war classics and brass-era cars.

“What I’d say to Boomers is not to fret about what’s going to happen to your cars,” he said.

So what does Carini see as the hot, up-and-coming vintage machines?

“I think an undervalued car right now is the Lamborghini Diablo,” he said, reflecting the tastes of the newer buyers.

On the other hand, he said, “Pickup trucks are so hot right now that it’s crazy. (Ford) Broncos and Jeeps, sport utility vehicles from the ’50s and ’60s, are going to be hot.”

“Low-mileage cars have a great future,” added Sly, who said he recently purchased a BMW E30 because it was a “30-year-old car with 42,000 miles. That’s amazing.”

Carini also has been indulging in what he called “my new passion.”

“I’m collecting more and more motorcycles. They take up less space (than cars) and they’re beautiful,” he said, noting that the market has strengthened for two-wheeled vehicles. “Motorcycles have really gone crazy.”

As for the future, Carini said all signs are positive.

“Our hobby’s growing so much all around the world, I don’t see it ever going away.”