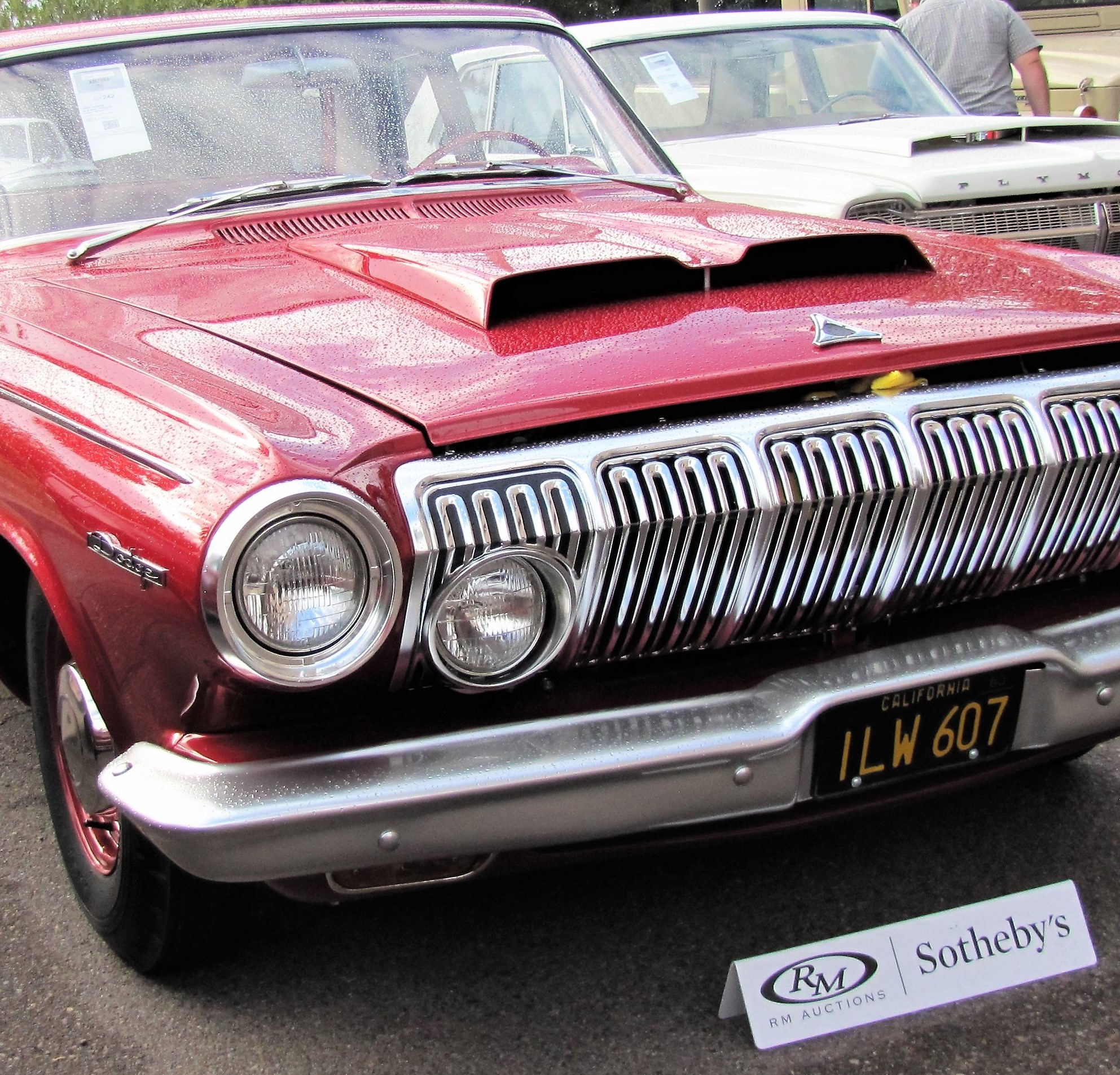 ‘You don’t usually see these kinds of muscle cars here.”

That was the comment from a passerby at RM Sotheby’s auction as she walked by a group of vintage Mopar performance machines at the Arizona Biltmore Resort in Phoenix, where the sale is being held.

Big pre-war classics and high-end sports cars are what come to mind at RM Sotheby’s, although the Arizona auction generally features a fairly wide range of collector cars. Still, a solid contingent of mighty 1960s muscle cars is somewhat unexpected in such polite society. Those more likely are found headlining the boisterous Barrett-Jackson or Russo and Steele auctions, both of which specialize in American ground pounders.

But things have changed. Such cars as Hemi ‘Cudas are back up there in top values and can be found at most high-end auctions, while many other interesting examples from the heyday of American muscle are taking their places among the blue chips.

The Dodge and Plymouth muscle cars at RM Sotheby’s include some rare examples of Hemi and Max Wedge V8 power, and are among 28 cars from what RM Sotheby’s describes only as a “private collection.” There are nine ‘60s Mopars nicely restored to factory performance and styling specs, and they represent a time when Chrysler was fully engaged in producing halo cars for the race track and street performance.

One of the earliest is a 1963 Dodge 330 powered by a 426 Max Wedge V8, and one of just nine “lightweights” built with aluminum parts and stripped of all accessories, such as radio and heater, making it essentially a track-ready drag racer straight from the factory.

The collection, which also includes popular muscle from other automakers such as a 1970 Ford Mustang Boss 302 fastback and various classics from the U.S. and Europe, will cross the block one after another Friday.

Muscle cars have become a bright spot in the general collector car marketplace, coming back after several years of stagnation, their values roaring as strongly as their V8 engines. And this time around, they are appealing not only to the expected Boomer fans who grew up with them but to younger collectors entering the hobby and even some dyed-in-the-wool European sports and racing enthusiasts.

Well-known Jaguar restorer and expert Terry Larson of Mesa, Arizona, said he has gained a renewed respect for American muscle cars, recently adding a 1967 Chevy Corvette to his stable of Jaguars and Italian sports cars.

“I have more appreciation for muscle cars as the years go by,” Larson said. “After all, that’s what I started out with. I had a Camaro.

“I like seeing the muscle cars here (at RM Sotheby’s). It makes for a good mix.”