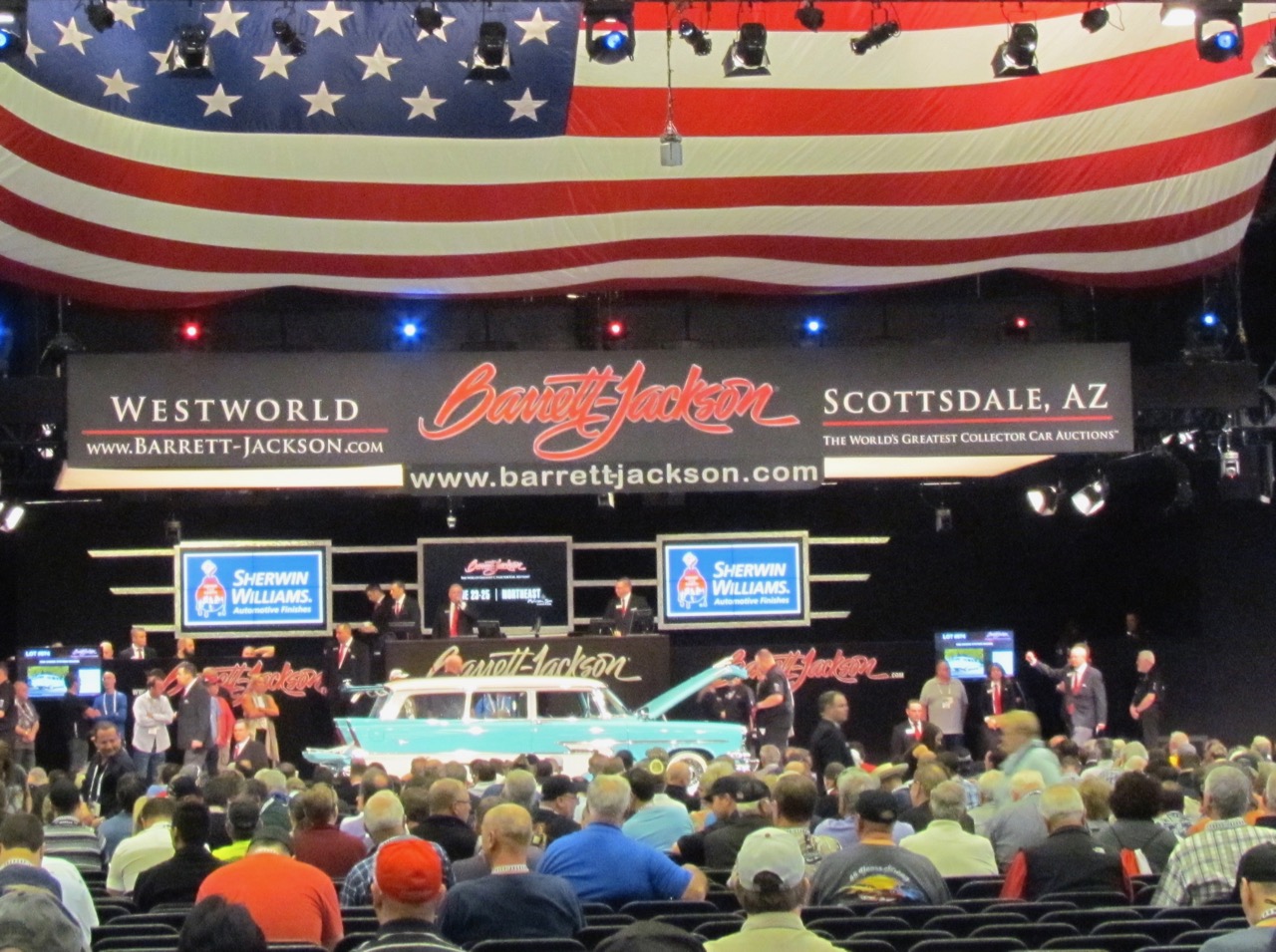 After nearly every collector car auction, the auction houses publish on their websites a list of all lots that sold, and for how much. Some also will share information on the high bid on lots that didn’t sell. In most cases, the auction houses also issue a news release listing an overall sales total, a sell-through rate and a list of the 10 lots that brought the most money.

These numbers help those who care, such as Classic Car News, or the big Classic Car Auction Yearbook published each fall in Italy, to take the pulse of the public marketplace as it moves from sale to sale.

The numbers reported also help people buying and selling collector vehicles to better judge the value of a vehicle they’re looking to buy or to sell.

Several months after the Scottsdale auction ended, Barrett-Jackson shared another financial statement about the event. This time it was an economic impact statement generated by Elliott D. Pollack & Company, a Scottsdale-based company that since 1987 has done economic and real estate consulting, economic forecasting and economic impact studies.

Figures share in the company’s 28-page analysis of Barrett-Jackson’s economic impact offer a peak under the auction tent we otherwise never get to see.

According to the company’s economic impact study, Barrett-Jackson annually generates an economic impact on Arizona of nearly $168 million, including more than $6 million in tax revenue for the state and nearly $2 million for the city of Scottsdale.

Scottsdale is blessed to have the ‘Super Bowl’ of car auctions every year with Barrett-Jackson.

The study also revealed that the auction company’s business created 1,437 jobs in fields including construction, tourism and operations. The study noted that Barrett-Jackson has 64 full-time equivalent employees, who are paid $5.6 million a year in wages, and that the auction company hires 255 temporary employees during the Scottsdale auction, and pays them $15 per hour, nearly double the mandated $8.05 an hour minimum wage in Arizona.

People traveled from all 50 states and 15 foreign countries to attend the 2016 Scottsdale sale; among them were 12,477 bidders and their guests and 2,429 vendors who were at WestWorld selling their wares to the nearly 300,000 people attending the more than week-long auction.

As for Barrett-Jackson, like any sales agent, it receives commissions from buyers and sellers, and also took in $8.9 million in gate receipts, $1.3 million in its own merchandise sales, $3.3 million in food and beverage sales, $2.3 million from sponsors.

The economic impact statement also noted that the Barrett-Jackson showroom, a year-around collector car sales and service facility in Scottsdale, had annual income of $1.2 million.

Nearly half of the people attending Barrett-Jackson’s Scottsdale sale stay in hotels, where in 2016 they spent an average of $219 per night, for an overall total just shy of $30 million. But even those doing the auction on a day-trip basis also were spending, to the tune of another $14 million.

“We love having the Super Bowl in the Valley,” Scottsdale mayor W.J. Lane is quoted in the news release that accompanied the impact statement, “but Scottsdale is blessed to have the ‘Super Bowl’ of car auctions every year with Barrett-Jackson and the substantial positive economic impact they bring to our community.”

The auction house also noted that nearly a dozen cars were sold to raise money for charities, which they did to the tune of $3.406 million.

“Even though we produce collector car auctions all across the United States, we are proud to call Scottsdale, Arizona, our home,” Jackson adds. “The auction has become an integral part of Scottsdale’s identity and we are very pleased with this study’s results, which show the long-lasting benefits of the Barrett-Jackson collector car auction for Scottsdale, Maricopa County and Arizona.”

What neither Jackson mentioned nor does the study include is the economic impact from all of the other auctions and collector car events that have come to join Barrett-Jackson each year for a week-long collector car festival in the Valley of the Sun.

Russo and Steele recently announced that its Scottsdale sale generates nearly $51 million in economic impact. A study by Applied Economics, a Phoenix-based consulting company that specializes in economic and demographic issues, revealed that more than 36,000 non-local people travel to the Scottsdale area for the auction.

The study revealed that Russo and Steele’s Scottsdale auction generates more than $1.1 million in sales and lodging taxes for the city and county as well as $1.5 million in state sales tax.