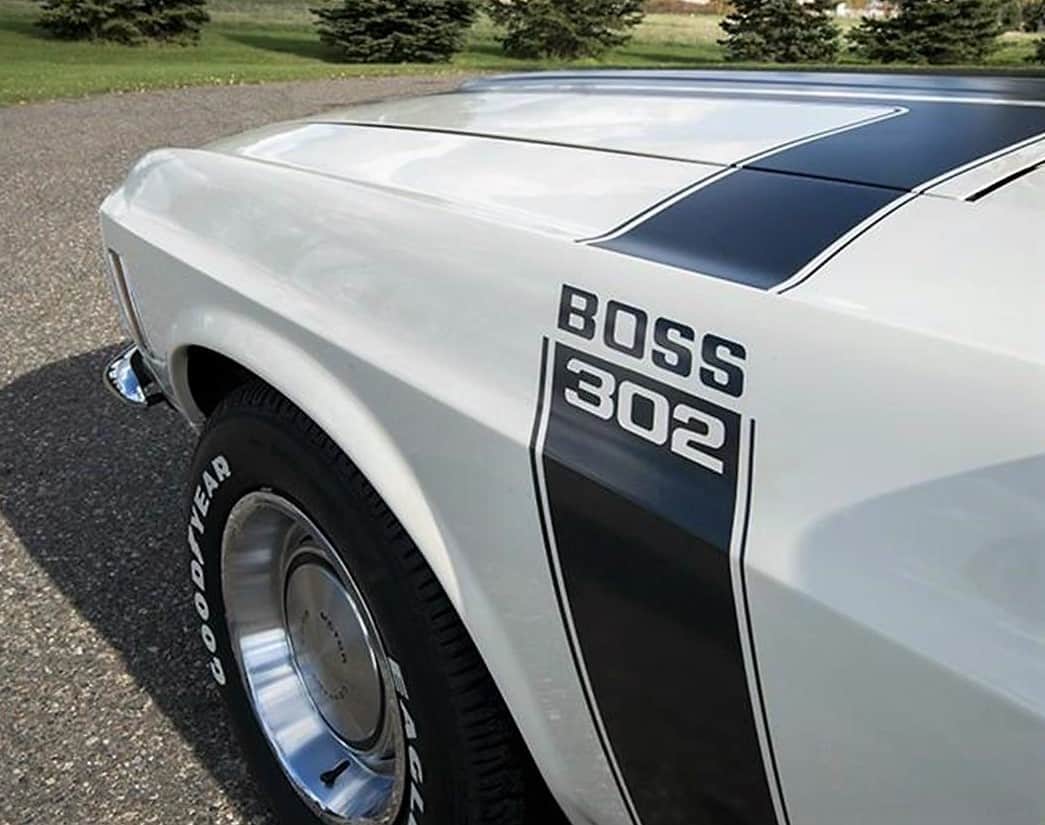 Muscle-car dreams come back to life every year during Arizona Car Week, now with seven collector car auctions taking place. This is when you swear this could be the year that you spring for that piece of high-performance magic that has been haunting you for as long as you can remember.

The Pick of the Day is one of those cars that many enthusiasts see in their minds’ eyes: an all-out 1970 Ford Mustang Boss 302 fastback coupe. The Boss hit the spot back in their day, offering something new and exciting — track-like performance in a daily driver, and with a look meant to thrill and inspire.

Its name was also a brilliant use of a common expression of the time for something that was over-the-top awesome. When you saw this car, you would have exclaimed, “That’s boss!” There’s also Ford insider talk that designer Larry Shinoda referred to the car when under secret development simply as “the boss’s car,” and the name stuck. Works either way.

This Boss, with just 56,000 miles on its odometer, is equipped with the correct four-valve 302 cid V8 engine linked with a four-speed manual transmission. That’s backed up with a competition suspension, power front disc brakes, quick-ratio steering and Goodyear Eagle tires with raised white lettering. The stuff dreams are made of.

Those in the know understand that 1970 was a key year in American performance, when the technology and pure chutzpah had reached a peak, and just before federal regulations and insurance companies clamped down on the fun. This Boss 302 is a prime example of what was going on.

The Roger, Minnesota, dealer advertising the Boss 302 on ClassicCars.com says this is the only car produced with its combination of performance equipment, Wimbledon White paint code, Ivy Green interior and functional rear-deck spoiler.

The asking price for this special Mustang is $66,950, which takes you back to a thrilling time in American muscle with a head-turning performance car that should accelerate, drive and handle like a dream.