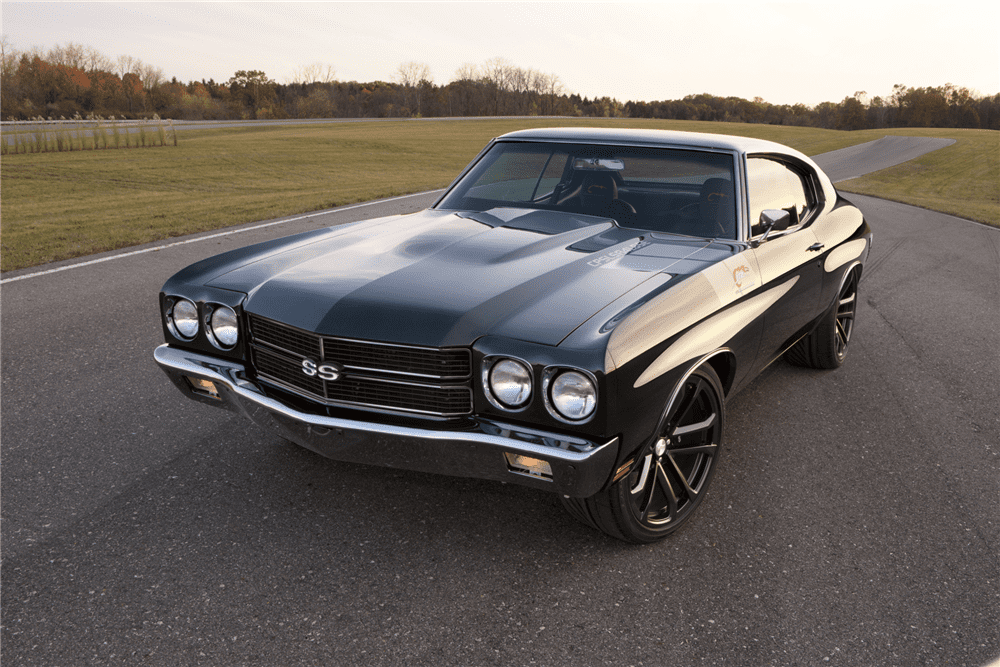 In 1967, Russ Jackson and Tom Barrett organized a Scottsdale car show to benefit local charities. By 1972, the car show had transformed into a classic car auction and has continued to support charities over the years, including the Barrett-Jackson Cancer Research Fund, established in memory of Russ and Brian Jackson.

To date, the Scottsdale-based auction company has raised over $91 million by selling cars for a long list of charitable causes.

Nine vehicles are being offered for charity sales during the 46th annual Barrett-Jackson Scottsdale auction. Among them are cars from the personal collection of Rock and Roll Hall of Fame inductee and four-time Grammy winner Steven Tyler, and popular NASCAR driver Dale Earnhardt Jr.

Tyler’s 2012 Hennessey Venom GT Spyder is the fifth of just 12 Hennessey Venom GTs and is the first of the Spyder convertibles.  The mid-engine, rear-wheel-drive sports car produces 1,244 horsepower from its 7.0-liter V8 and is capable of speeds as fast as 265.6 miles per hour.

The Venom GT Spyder is to cross the block, without reserve, Friday, January 20, around 7 p.m.

Like other charity cars, 100 percent of the vehicles hammer price will go toward the benefiting charity. In the case of the Tyler car, it’s Janie’s Fund, an initiative created by Tyler and Youth Villages, which works to bring hope and healing to girls who have suffered abuse and neglect.

Earnhardt Jr. offers the first “connect and cruise” 1970 Chevrolet Chevelle, a  contemporary resto-mod muscle car created when the racer teammed with  GM designers to refine the classic design of the Chevelle. The car uses a GM Restoration Parts-licensed Dynacorn reproduction body along with a modern coilover suspension system and other components that enable anyone to construct a “new” vehicle of their own.

In addition to the Chevelle, Earnhardt Jr. offers his Hendrick Motorsports No. 88 Nationwide racing Chevrolet SS, chassis No. 88-857. The race car was first driven by Earnhardt Jr. in February 2014 at Phoenix International Raceway, where he led f 51 laps but finished second after running out of fuel halfway through the final lap. Earnhardt used the car in six NASCAR Cup Series races from 2014-2015.

The Chevelle and Chevrolet race car are expected to cross the block at approximately 7 p.m. on Saturday, January 21, and will benefit the Nationwide Children’s Hospital, a pediatric care facility and research institute through their nationally ranked clinical programs.

Other charity vehicles include: