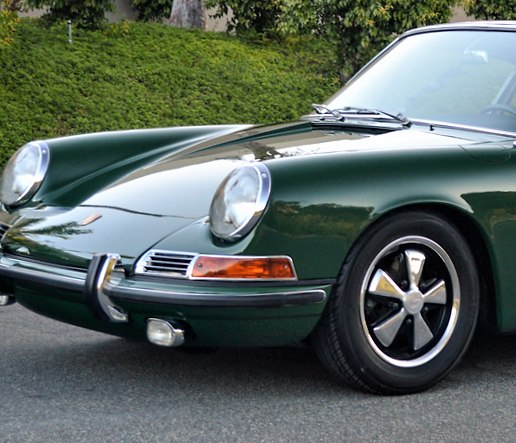 Just when you thought the Porsche passion had crested, a new wave of 911s, 356s, race cars and exotics from the German sports car brand washes into the Scottsdale/Phoenix area for the seven auctions of Arizona Car Week. The prophesized burst of the bubble has not occurred, although values have flattened somewhat.

The classic 911 experienced the greatest run-up in prices during the past four years, with many former entry-level models reaching toward six figures, and more-desirable cars going well beyond. The upcoming Arizona auctions are again awash in 911s, with the total number just slightly less than last year’s selection.

By my count, there will be 102 Porsches on the collective dockets for the 2017 collector car auctions, a solid number considering how long this Porsche trend has lasted. Last year, there were 115 of them, the lion’s share offered by two of the auction houses, each of which have cut back for 2017.

Bonhams went whole hog for Porsches in Scottsdale last year, with 21 offered among 115 cars overall; this year, the number of Porsches has been pared to 10, including a valuable 1964 904 GTS racer and a new 918 Spyder, which typically is bringing huge money at auction.

Russo and Steele has far fewer Porsches than last year, when it boasted 40 of them. This year, the dust has settled a bit, and the sale has only 16 Porsches on its docket. They include an exotic 2007 GT3RS and a 600-horsepower 1997 Andial-built Turbo Coupe.

Barrett-Jackson, the big daddy of Arizona collector car auctions, consigned more Porsches for its mammoth WestWorld event this year; 28 are offered this year compared with 20 in 2016. Featured are a V10-powered 2005 Carrera GT and a 1993 993 Turbo with just 37,000 miles on its odometer.

Gooding & Company has upped its Porsche squad for Scottsdale, with 23 this year compared with 19 last year. Gooding also has a 2005 Carrera GT as well as a 1996 993 GT2, which is valued into the seven figures.

Also on the Gooding docket is a current favorite among Porsche collectors, a “barn-found” 1958 356A Super Speedster in musty condition, with an estimated value of $200,000 to $275,000 in a no-reserve sale. So we’ll see if the values are holding for needy Speedsters that sometimes sell for more than pristine examples. Blame Jerry Seinfeld for boosting this trend.

The Silver Auction in Fountain Hills, just northeast of Scottsdale, has eight Porsches ready to go, though none of them are exceptional.

Meanwhile, the new kid in town, Worldwide, has five Porsches – three 356 ragtops including a Speedster and two 911s – among its 82 cars for auction. Worldwide’s inaugural Scottsdale sale takes place on Wednesday.

Part of the staying power of Porsches, in particular 911s, are celebrity connections. Porsches connected with the late actor Steve McQueen command eye-watering prices, and a 911 race car once campaigned by actor Paul Newman sold well above its value in 2016.

Jerry Seinfeld, the inveterate Porsche collector, sold off a trove of Porsches at Gooding’s Amelia Island auction in March 2016, gaining solid prices across the board.

That could explain some of the continuous interest by collectors in selling their Porsches while values are still hot.

That also might explain RM Sotheby’s recent announcement that a single collector is selling 42 Porsches through the auction house, to be doled out at various sales this year, starting with the Paris auction in February. Some of them will be sold at the company’s Amelia Island sale in March.

And Gooding announced a small but significant group of four high-dollar Porsches from a single collection for its Amelia Island auction. These include an ultra-exotic 1998 911 GT1 Strassenversion that should sell well into seven figures.

And the Porsche beat goes on.