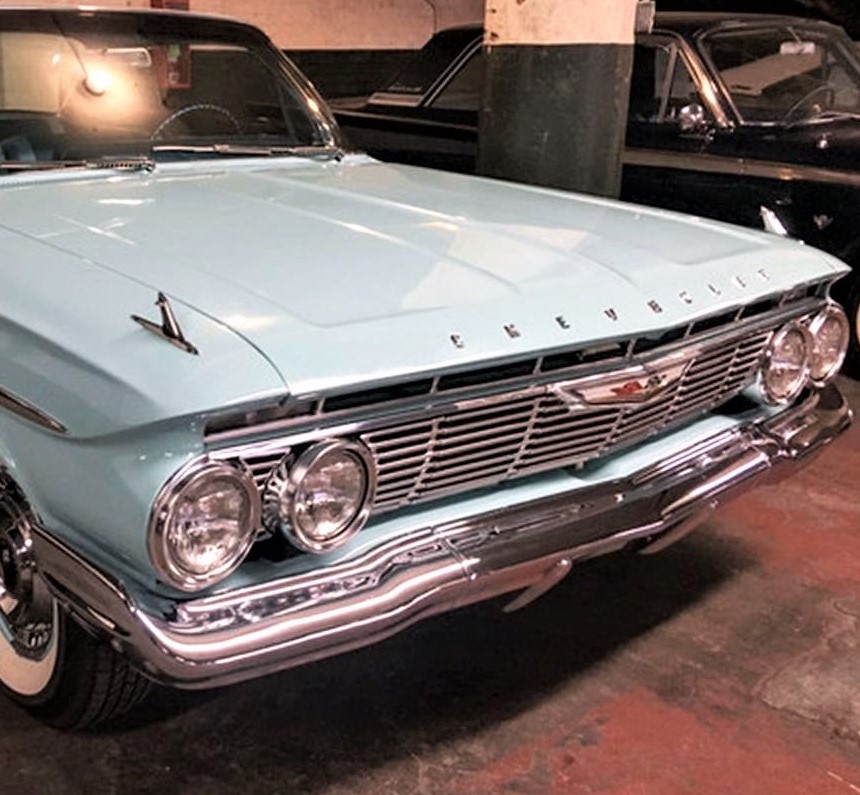 A special car for sale deserves a special description, right? The Pittsburgh, Pennsylvania, dealer advertising this 1961 Chevrolet Impala “bubbletop” hardtop was downright poetic in how he describes the car and its place in history.

“First offered in the spring of 1961, this vehicle was very limited to the consumers. A grand total of 453 of these beautiful cars were manufactured that year. Thus, making it a very special and rare vehicle.”

What really gets me about this car is that along with being a beautiful bubbletop, it’s an SS powered by a 348 cid big-block, tri-power V8 and a four-speed manual transmission. Yet it hasn’t been geeked up with a bunch of custom accessories but stands as a restored stock-condition hardtop in great condition. And with only 40,436 miles on its odometer, according to the listing.

So the dealer is right; this Impala is a real find. It’s also an award winner, garnering two Gold Bowtie Boulevard Awards in 2008, ranked at 991 and 992 points out of 1,000. The car remains in exceptional condition, the dealer says.

“Let us stop and appreciate the very unique and different Seamist Turquoise exterior, accompanied by the even more unique Turquoise interior,” the dealer adds.

The asking price might seem high at $69,995, but this 1961 Impala hits all the right notes in beauty, originality, rarity and fun factor.

The dealer concludes by describing the potential for joyful ownership:

“Driving in such style, that other people envy you solely for the style you have. Just driving, to appeal to yourself, and letting go of the stress you may have, and just simply utilizing the performance, beauty and class of this 1961 Impala SS.”